While pediatricians, geriatricians, and family practitioners often care for parent-child dyads, their obligation ultimately is to one person, one patient. The physician with a pregnant woman for a patient is unique in that his or her charge involves the simultaneous care of two patients-mother and fetus. The ultimate goal is to provide safe passage for both during the pregnancy and the transition of labor and birth; a profound physicalseparation that, once complete, signals the deepening of the emotionalbond between mother and child. Sometimes though, the physician's obligations are unequal, and the needs of one patient override those of the other. As a society we generally accept that if a pregnancy endangers a woman's life she may terminate it-even relatively late in the process. Alternatively, after 24 weeks, we are willing to employ a great deal of technology to attempt to preserve the life of a premature infant, although not always its quality of life.

In his book, Delivering Doctor Amelia[1], psychologist Dan Shapiro describes the experience of treating the young obstetrician of the title whose life comes apart when she delivers a baby that suffers from cerebral palsy, an outcome that may have occurred because Amelia lost sight of the needs of the fetus when she attempted to allow the mother to have the natural birth she desired.

Amelia described the child's mother, Stacy, and her husband to Dr. Shapiro.

She came in for her first visit with her husband. You'd have thought they were going to have the baby that day, that's how excited they were. I like treating people like them. Sometimes we get moms who don't care that they're pregnant. They're numb through the whole thing. Not them [2].

Amelia recounts how, after a slow labor, the child's descent was prolonged and how, at that point, she had a powerful sense that a cesarean was the most appropriate course. "I had this instinct right then that we should do a C-section. But I knew that Stacy didn't want that and the algorithm didn't say it was time" [3]. Just before delivery Amelia noticed some early heart rate decelerations and a less than optimal heart rate variability. Her concern increased. "At this point I felt aggressive about getting the baby out. It's my job to balance my patient's desire for a natural birth against the probability of birth complications" [4]. But still, she hesitated. "Stacy asked if we could wait just a little longer. She had an edge to her voice. I remember feeling like I'd be failing them if I did a C-section" [4]. When the monitoring strip showed no heart rate variability with contractions, Amelia insisted on the cesarean section.

When the newborn, Miranda, seized soon after delivery and was diagnosed with cerebral palsy, Amelia began to crumble. Her downward spiral continued when the hospital lawyers showed her the full rhythm strip and the ominous late decelerations and bradycardic episodes (indicating fetal distress) that she had missed.

How had Amelia overlooked these indications? Was her error secondary to fatigue or did she lose perspective on the child's well-being in trying to serve the mother? Does it matter? Although Amelia was loved by her patients and esteemed by her colleagues-even after the incident-her sense of failure and inability to forgive herself disabled her to the point where she could not continue to practice medicine.

The cause of cerebral palsy is a mystery. Hypoxia due to uteroplacental insufficiency may be a cause or contributing factor but so might asymptomatic infection. Electronic fetal monitoring-the best measure of fetal hypoxia-is imperfect. If we accept this information, then where did Amelia err, if in fact she did? It is no secret that physicians want to do the right thing and want their patients' approval. The desire to make the patient-physician relationship a true partnership is powerful, appealing, and popular. But this relationship is not one of equal partners-nor should it be. Amelia's obligations to Miranda's well-being supersede Stacy's wishes for a normal delivery. Amelia possessed a fund of knowledge greater than that of her patient, which required her to act less like a partner and more like a leader as the events of the night unfolded.

Expectant parents tend to form hopes about the infant and his or her future. When a child enters the world with a defect, parents frequently cope by detaching themselves psychologically from the once-idealized infant [5]. Yet the needs of disabled infants remain the same as those of any other infant [6]. Could Amelia have changed the course with Miranda and Stacy to foster their attachment in spite of the negative outcome? How could she have overcome the alienation imposed by the legal issues? For the parent of any newborn, but particularly the parent of a newborn with medical problems, one of the most meaningful things a physician can do is to hold, touch, and express affection for the baby. This powerful proclamation by a physician that he or she is an ally can help the parent find normalcy and hope in a difficult situation. Amelia and her patient were denied this potentially healing experience.

Dr. Shapiro encourages Amelia to meet with Stacy and Miranda against the advice of the hospital attorneys. Amelia does as he suggests, and this act initiates her own "delivery" from the burden of guilt and fear to a reconnection with herself as physician and healer. Although the bond between patient and doctor seemed irreparably broken, Stacy was able to tell Amelia about her conflicted feelings: she knew that the cerebral palsy might not have been due to Amelia's management but she also resented the fact that her daughter would never have a normal life. She had valid concerns about how she and her husband would care for Miranda, since she had to leave work and her husband's job did not provide health insurance. Amelia had an opportunity to apologize for missing the signs of fetal distress-regardless of whether this caused the cerebral palsy. In Shapiro's words Amelia was able to "act like a physician and not like a defendant" [7]. In her own words Amelia says, "I didn't feel like a defendant, or a scared girl, or a timid medical student. I felt like a doctor being honest. I felt good inside my own skin" [8]. 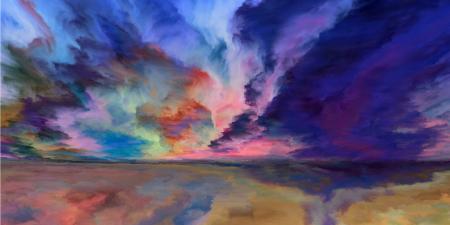