Mrs. Curtin, a patient well-known to the university hospital and its house staff, was admitted 2 weeks ago with chest pains. She has had many admissions and discharges in the last year related to her severe peripheral vascular disease. She's also struggling with diabetes, kidney disease, and coronary artery disease and returns to the hospital because of nonhealing wounds of her lower extremities. During the last year, what started as simple blisters on the heels of her feet progressed to amputations of her feet and then of her right lower leg, when at each stage her wounds failed to heal and subsequently became infected. She often required antibiotics and increasingly developed more antibiotic-resistant infections.

On this admission, the attending was a physician Mrs. Curtin had not encountered before. Her own internist, Dr. Wagner, was informed of her admission and visited her a couple of times during her first week in the hospital. Test results from that week revealed that Mrs. Curtin had advanced coronary disease. Fortunately, Dr. Wagner's annual month-long assignment as attending on the medicine unit at the university hospital began during Mrs. Curtin's second week there, and he was able to take over as head of her health care team for the remainder of her stay. Dr. Wagner had been Mrs. Curtin's physician for 7 years and had coordinated her care with the many other specialists who had treated her for specific emergent conditions.

At 49, Mrs. Curtin is uncharacteristically young for the development of such severe complications of poor circulation. She has a loving husband and 2 teenage children who have been involved in her care. Dr. Wagner has good communication with both Mrs. Curtin and her husband. He has always been honest with them in his judgment about Mrs. Curtin's diagnoses, treatment options, and prognoses, and he believes that they share their important questions, values, and worries with him.

Mrs. Curtin and her husband have pressed aggressively for treatment, a position that has at times endeared them to, and at other times exhausted, her medical team. During this current hospitalization, though, when the consulting vascular surgeon brought up the option of coronary surgery for Mrs. Curtin's heart disease, she vacillated between wanting and not wanting the operation. She told the attending who cared for her before Dr. Wagner's arrival on the unit that she was tired of being so sick, of disrupting her family's life with her many costly hospitalizations, and of being unable to lead a normal life. She said that if she thought her family could stand the idea, she would just stop the constant stream of hospitalizations and operations. The house and nursing staffs have heard the same sorts of feelings from Mrs. Curtin, and, when Dr. Wagner talks with them about the proposed coronary surgery, the staff says that they think an ethics consult should be called.

Dr. Wagner resists the idea. He believes that, for the present, Mrs. Curtin's other problems might finally be under control (eg, her kidney function is stable and she has no evidence of systemic infection). Based on noninvasive studies, he believes that it is likely she has a high-grade stenosis of her left anterior descending artery. He thinks an interventional cardiologist could confirm the diagnosis and place a stent. If that doesn't work, Dr. Wagner thinks that she might benefit from minimally invasive bypass surgery, using an internal mammary artery. In either case, he believes the result may improve her cardiac function and thereby also improve her peripheral circulation, helping her to heal better in the future. The nursing and house staffs fail to share his optimism. They argue that she has a lot of microvascular disease from her diabetes and that it would be safest to manage her coronary disease medically. They assert that major surgery at this time would put Mrs. Curtin at unnecessary risk. They reiterate their desire for an ethics consultation.

Dr. Wagner replies that a nonclinician ethicist who just happens to be "on call" for such a conference will not be able to appreciate Mrs. Curtin's current medical conditions as well as he and her other physicians. Moreover, Dr. Wagner argues, his professional relationship with the patient and her husband is one of long standing, whereas the ethicist would be a stranger to them both. He asks the house staff, "What could such a person add to the intimate value-based discussion about Mrs. Curtin's life and quality of life?" Without being specific, Dr. Wagner worries that the presence of this "ethics stranger" could actually be harmful rather than beneficial.

Dr. Wagner has a long-established therapeutic relationship with Mrs. Curtin. She knows and trusts him. He's now in charge of her hospital care and believes she would benefit from a procedure which could increase the blood flow to her heart. This would be simple for him to explain to Mrs. Curtin and her family, and it should be easy to find a like-minded cardiologist (and cardiac surgeon—if needed). He has the patient's confidence, so why confuse the matter?

And Dr. Wagner has a point. An "ethics stranger's" meeting with Mrs. Curtin could make management of her illness more difficult. When facing life and death decisions, patients can be confused if they hear too many voices, especially when the messages conflict. Together with Dr. Wagner, Mrs. Curtin and her family have faced some difficult decisions in the past: hospitalizations, amputations, long-term antibiotics. Given the severity of her diabetes, it is likely she will face other tough choices. This is not the time to undermine an established patient-physician relationship, but to build on Dr. Wagner's expertise.

But the authors of this case have introduced a dilemma. Not everyone on Mrs. Curtin's health team has fallen in line behind Dr. Wagner. House staff and nurses are viewing the same situation from a different slant. They are hearing different views expressed by the patient, and now they're even concerned that Dr. Wagner's approach is overly aggressive and may not be what Mrs. Curtin truly wants—or equally troublesome—may not represent the correct medical course.

If Dr. Wagner is sensitive to all these messages, he will recognize that Mrs. Curtin's care will be optimal if every member of her team—the nurses, the house staff, and consultants who participate in her care—all share the same goals for her. So Dr. Wagner has a bigger challenge than developing a management plan for Mrs. Curtin's immediate medical problems; his expertise must also include the ability to harmonize her medical team.

And that's not all. If Mrs. Curtin and her family have different expectations about the potential outcomes of medical interventions, it will be difficult to satisfy them. So in addition to getting members of her care team onto the same page, Dr. Wagner must have the expertise to lead the patient and her family to a realistic view of her current condition and what she faces down the road so as to prepare them to deal with tough choices ahead.

So what's really clouding the issue? Two major conflicts emerge from the vignette. The first relates to the medical team's disagreement about the best medical course of management. The second portrays serious ambivalence by the patient to pursue further treatment. Both areas must be addressed.

Since the house staff and nurses don't share Dr. Wagner's optimism for the benefits of a cardiac procedure, a conflict has arisen. As an expert attending, Dr. Wagner should welcome such a moment as an opportunity for learning. The expertise needed here is the ability to frame the medical question for the team: Dr. Wagner could demonstrate such expertise by asking: "What's the literature tell us about the short- and long-term risks and benefits of stenting or bypassing a large coronary artery blockage in an insulin-dependent diabetic with microvascular disease? Let's all dig in and find the best evidence and learn from each other." Such an assignment would set the stage for the next attending rounds and should result in real learning.

But regardless of what the literature says, Mrs. Curtin appears to have little enthusiasm for another procedure. It's not surprising that she's lost her zest for interventions when she's been plagued by daily sticks for glucose and insulin, lost her ability to ambulate normally, and may be worried about renal failure and blindness. She's been experiencing an inexorable downhill spiral from her chronic diabetes. No medical intervention has restored her health and she knows that future procedures are not going to make her well either. So, is she ambivalent for the reason she told her prior attending—that she feels she's becoming a burden to her family? Or is something else going on? Has she become depressed? Perhaps suicidal? Dr. Wagner has the most rapport with Mrs. Curtin and the most experience exploring these issues with her and her family. By doing so, he will gain deeper expertise in her care. And until he does, further medical interventions—even those based on the best reported evidence—may be misguided.

So where might an ethics consultation be useful? Ethics consultants need not insert themselves between patients and doctors. The ethics consultation could occur behind the scenes—away from the bedside—outside of a major family conference. But an ethics consultant has expertise which could be valuable here. The consultant could frame the medical management decisions for Mrs. Curtin within professional and social values. For example an ethics consultant could help physicians and nurses appreciate how their distinct professional values may have led them to different points of view. Likewise, such a consultation should provide all participants with a richer vocabulary for discussions with their patient about her values and expectations. Not only must she decide to go ahead (or reject) the cardiac procedure, as her diabetes runs its course, it is likely that she will face dialysis. So this is a poignant time to frame these issues for the future care of Mrs. Curtin. Now is a good time for her to make her attitudes and values explicit, so she can develop advance directives and delegate to her family the ability to make medical decisions on her behalf, should she lose capacity to make them herself.

Medical expertise has many layers. Knowing modern medical interventions and their likely outcomes is important. But it's not sufficient. Richer expertise includes understanding the values and expectations of each patient, and optimizing their medical interventions to take their personal values into account. And expertise also includes the ability to be an effective member (or leader) of a team—the ability to develop and share common goals and align everyone's actions in their pursuit. 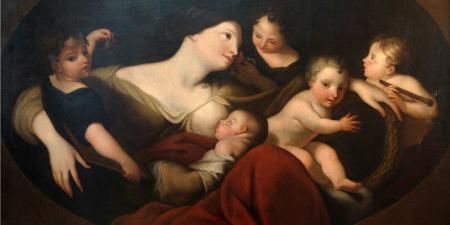 Caring Comportment and the Hospitalist Model 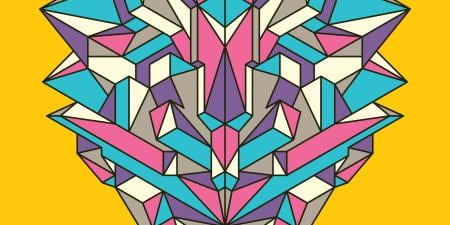 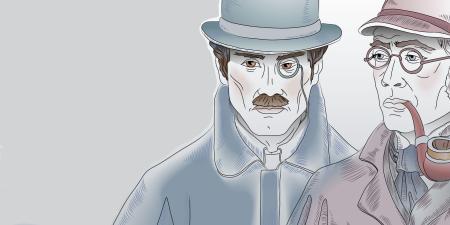