During college I spent three weeks volunteering at a clinic in a small Haitian town. The clinic treated mostly patients with burns, a ubiquitous problem in the town due to the charcoal pits used for cooking and the kerosene lamps that would explode in people’s hands if they were not filled properly. My job was to clean the wounds, apply salve and bandage the limbs of these patients.

The man in charge of the clinic had lived and worked in the community for almost 30 years. In addition to providing the only medical care in the neighborhood, he also gave food to those who needed it and built homes made of concrete, a real luxury to those used to only wood and thatch. He had not, however, attended medical school, and what he did in Haiti would be illegal in the United States.

I had mixed emotions about my experience in Haiti. Although I was grateful for having had the opportunity to learn more about medicine in a developing country, I was not completely sure whether I had helped anyone but myself. It has now been eight years, and I still do not know for sure.

Despite the large numbers of people participating in experiences abroad, it is only recently that the medical community has started to think about the ethical issues and consequences of these cultural experiences. How should we prepare people for what they will see and do in these countries? Who are we helping most when we work abroad?

The articles and commentaries in this issue of Virtual Mentor were selected to explore the many ethical issues that arise from international medical volunteerism. The clinical cases illustrate scenarios that individual medical students and residents face, and they also demonstrate the relationship between these individual dilemmas and larger issues in global health. In the first clinical case, Drs. Richard Currie from the University of British Columbia and Ronald Pust from the University of Arizona discuss responsible drug donation and the roles that physicians working abroad should play in their host countries.

In our second case, a student is asked to perform tasks that he would not be permitted to perform back in the United States. In their commentaries, Dr. Naheed Abbasi from New York University Medical Center and Michael Godkin from the University of Massachusetts suggest how a student should respond in such a situation. In the third case, Dr. Robert Orr, a consultant in clinical ethics at the Center for Bioethics and Human Dignity, comments on a scenario in which a student is restricted in the type of counseling he is able to offer patients by the ideology of the funding organization. Dr. Orr examines not only right of conscience but also the professional, practical, clinical and cultural obligations that should guide decision making in a situation such as this.

The articles that follow expand upon the themes highlighted in the clinical cases. Lauren Wasson, a medical student at Columbia University College of Physicians and Surgeons, examines three journal articles that report on how international rotations and electives have been shown to influence career choices and patient interactions among U.S. physicians.

The medical education section brings together three commentators with different perspectives on how students can prepare for international experiences and what they take away from them. Justin List, a second-year medical student at Loyola’s Stritch School of Medicine in Chicago and last month’s Virtual Mentor theme editor, reflects on his recent time in Kenya and how that experience will make him a better physician in the United States. Next, Dr. Rebecca Hope, a resident at the Royal Cornwall Hospitals in England, emphasizes the importance of understanding the needs of the foreign community you are visiting and recognizing that your most important contribution may be education or even friendship. Finally, Dr. John Tarpley and Margaret Tarpley from Vanderbilt University School of Medicine offer suggestions on how students can prepare for and make the most of their overseas elective experience.

Josh Ruxin from Columbia University’s Earth Institute writes about the Global Fund to Fight AIDS, Tuberculosis and Malaria in a policy forum article, recounting some specifics about the beneficial impact the fund has had on worldwide health since its inception four years ago, despite its lack of full funding. In the second policy forum, Dr. Egbert Sondorp and Olga Bornemisza, both at the London School of Hygiene and Tropical Medicine, ask us to consider the brutal dilemma facing physicians who care for refugees in Sudan and Uganda—do they apply the principle of equity, distributing available resources equitably to all, or do they provide the minimum resources needed for survival to as many as possible but not to all? In the medicine and society section, Dr. Edward O’Neil, Jr. speaks to the medical profession’s obligation to work towards social justice by volunteering in developing countries.

In two op-ed articles, Mary White and Katherine Cauley from Boonshoft School of Medicine at Wright State University and a group of internists from Tulane University led by medical student Craig Conard caution readers about the pitfalls of improperly organized international electives and the hazards of “serving” for the wrong reasons.

In the medical humanities piece, Jennifer Kasten, a medical student at Columbia University College of Physicians and Surgeons, invokes the philosophy of Albert Schweitzer as an inspiration for today’s physician—be a good doctor by being a good human being. And in their historical essay, AMA staff members Ololade Olakanmi and Philip Perry trace medical volunteerism in Africa from the medical missions of the mid 19th century to the origins of NGOs in the 1970s and the current burgeoning interest in global health.

One of the most vivid of the many lasting memories I have from my time in Haiti is the swarms of people, from children to grandmothers, sitting in the marketplace selling secondhand American goods out of plastic garbage bags. From these bags came everything from toothbrushes and socks to old magazines and batteries. On certain days, the bags and the people selling from them stretched for block after city block.

The bags were called “Kennedy bags” for the president who had started the program as a way for Americans to donate to our needy neighbors to the south and encourage goodwill in a country not too far from Cuba. Somewhere along the way, however, JFK’s good intentions became corrupted, and middlemen began acquiring these bags, donated from U.S. churches and schools, to sell to the poorest Haitians who then sell to each other. When I visited the area more than 30 years after the initiative began, commerce surrounding Kennedy bags was still one of the most common means of employment in the city.

My experience in Haiti was eight years ago, but a day rarely passes that I do not think about some aspect of what I learned there and the complicated ethical questions that daily life presented. Did I help those patients or were my good intentions distorted like those of so many others? My experience and my questions have affected my choice of medical school, the courses and electives I took there and the activities to which I have devoted my time since. It also influenced the kind of physician I am and will be by shaping how I interact with my patients and how I see our health care system and its relationship to the rest of the world.

That is why I am proud to be involved in this issue of Virtual Mentor, the first but I hope not the last devoted to global health. The clinical commentaries, articles and reflections in this issue helped me to put my experience in Haiti into perspective and motivated me to continue my own commitment to global health. I hope they do the same for you. 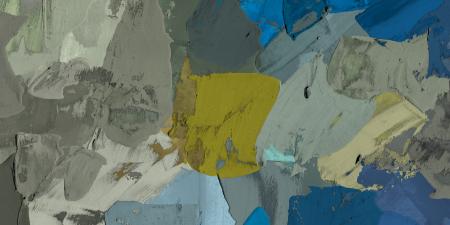 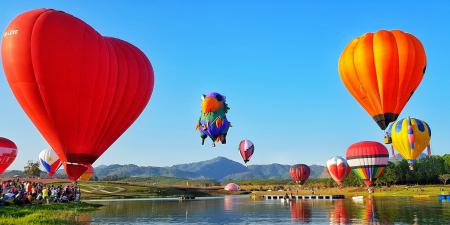 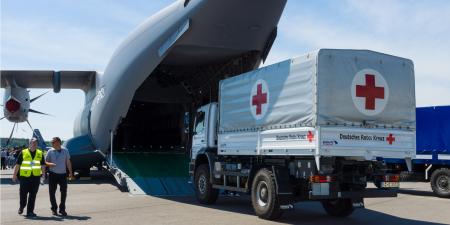