One of the scariest parts of raising a child is the sense of not having control, of not knowing what is coming or what to do about it. We want the best for our children; we want them to be healthy and safe, and we do not want to make mistakes. So, having information about what might be expected—on the likelihood of certain conditions or diseases, for instance—should provide some relief. But does such knowledge also have a downside?

Rossi et al. [1] explore this issue in the context of communicating with parents about risk of autism. As a student of medicine and epidemiology and a general pediatrician, we found that their article raised many points relevant to our work.

It is important to distinguish between risk and diagnosed disease. Hearing a bump in the night might lead you to suspect that there is a mouse in your house—but a bump is not the same as an actual mouse. In the same way, risk indicates an increased probability of some condition or disease—but risk is not the same as a real diagnosis.

Risk and diagnosis are related: risk increases the likelihood of a diagnosis. Moreover, diagnosed disease may lead to increased risks for another condition (the presence of a mouse may increase the likelihood that other critters entered where the first one did). However, the concepts of risk and diagnosis remain distinct—the difference being that risk information, by definition, reflects uncertainty.

Rossi and colleagues point out that, because of such uncertainty, information about autism risk may sometimes cause harm to families by: (1) arousing unnecessary fear or anxiety, (2) blaming or stigmatizing parents and children, and (3) leading families to take actions that are not in their best interests. This last harm may occur when families pursue unnecessary—and sometimes invasive and costly—therapies and diagnostic interventions or avoid potentially beneficial ones.

The recent controversy about a purported link between the measles-mumps-rubella (MMR) vaccination and autism demonstrates the potential for all of these harms. Research linking MMR vaccination to autism [2] led many parents to be fearful, feel guilty, and take actions not in their children’s best interests. Although the research that incited this controversy was later discredited [3, 4], it is easy to see how similar harms may occur even when research findings are well supported.

Rossi and colleagues also point out that knowledge about risk of autism may alter how children view themselves and how others view them. The authors suggest that merely having risk factors (characteristics believed to confer an increased risk) for autism—even in the absence of an autism diagnosis—may result in children being “placed under a microscope” and in otherwise normal behaviors being judged as problematic [5]. Such harms may occur when probabilistic risks are conflated with an actual diagnosis—when the possibility of a condition is confused with the condition itself.

Reading about the possible negative effects of risk communication that Rossi and his colleagues describe, we are left to wonder how such harms can be avoided. Specifically, what can we, as clinicians and trainees, do to avoid them?

There seem to be an almost infinite number of scientific studies, educated opinions, uneducated opinions, interpretations, and manipulations of autism risk information available to families. Unless families decide to avoid media altogether—newspapers, magazines, television, and the Internet, including Facebook and Twitter—they are likely to be exposed to information about autism risk. Consider the headlines that we have seen during the previous month alone:

This list only scratches the surface of what families are exposed to.

To prevent the harms identified by Rossi and colleagues, individuals involved in conducting and disseminating autism research have a responsibility to avoid inflating the validity or importance of their work. Clinicians and trainees who engage in research at various stages of their medical careers may face pressure to conduct hasty analyses or to overextend the real-world significance of their findings. Concerns about funding or promotion or the desire to bolster a resume may conflict with producing research that is in the best interest of families. Researchers should remember that they make important ethical choices when selecting research methods, interpreting their findings, and publishing their results.

Those of us not directly involved in autism research can educate families about the important distinction between risk and diagnosis. We can help families understand risk as something that we accept and live with daily, even if we are not acutely aware of doing so. When discussing unfamiliar risks, we can place them in the context of more ordinary risks such as traveling by car—a risk that many of us, every day, weigh against the benefit of getting our families where they need to be. The annual rate of injury from motor vehicles in the US is estimated to be 711 injuries per 100,000 people [13]. But the risk of injury can be modified by driving conditions and car safety features as well as by individual behaviors like wearing a seatbelt. We should be prepared to communicate about risks in a way that the families we serve will understand and that will allow them to make informed decisions.

We also suggest that clinicians and trainees have a responsibility to learn to interpret scientific evidence accurately. The information and misinformation available to families is always changing. In our roles, we are expected to correct misunderstandings based on inaccurate data as well as to help families identify good sources of information. There is no aspect of medicine that clinicians are permitted to practice without demonstrating significant competence. Interpreting research evidence—something clinicians in all medical specialties must do regularly—should be no exception.

The reality is that even the best risk information—information derived from observations of large groups—may not precisely meet the needs of the individuals we work with. For an individual at a given time, a condition or disease is present or is not present; it is 100 percent or 0 percent and never in between. Like learning that tomorrow’s weather forecast indicates a 30 percent chance of rain—when what we need to decide is whether to have a picnic, yes or no—disease risk information may not provide exactly what clinicians and families want or need to know to make health-related decisions. Even so, scientifically sound risk information can be useful. It is often the best tool that we have to make sense of uncertainty. We should learn to use this imperfect tool as well as we can.

As Rossi and colleagues point out, confusion stemming from risk communication has real consequences. Much of what families hear about risks they hear outside of the clinic; yet, there is still much that clinicians and trainees can do. Those of us involved in research should consider families’ interests when conducting and publishing our work. In clinic, we should always be clear with families about the difference between risk and diagnosis. Moreover, by helping families to distinguish between good information and nonsense, we can support their ability to make informed decisions and avoid unnecessary worry. Parenting may still be scary. But it does not need to be misinformed. 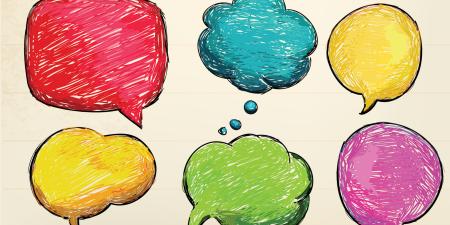 A Life of One’s Own: Challenges in the Transition from Childhood to Adulthood with Autism Spectrum Disorder

Conflicts in Family-Centered Pediatric Care for Patients with Autism