Addressing the question of how medicine should engage with people who consider their clinical disease condition to be importantly constitutive of their identity, this article focuses on one group—advocates for the fat acceptance (FA) or body positivity movement in American society. Drawing on philosophical analysis, I try to show that FA and physician communities represent different traditions within the larger culture and that whether obesity should be considered a disease is a culture battle. I argue that diseases (medical) and illnesses (cultural) are 2 different designations of clinical symptoms and that both disease and illness designations can change over time or be uncertain.

How should medicine engage with people who consider their clinical disease condition to be importantly constitutive of their identity? To answer this question, I focus on a group whose claim to not having a disease strikes many physicians as odd: advocates for the “fat acceptance” or “body positivity” movement. Fat acceptance (FA) and body positivity describe characteristic features of the same movement, and, for this reason, I use these terms interchangeably here. Nevertheless, a technical distinction can be made; the former is “more of a reaction to fat shaming” while the latter is “a more commercial self-esteem movement, [which] came later.”1

Based on my philosophical diagnosis that the issue of whether obesity is a disease involves a culture battle, I present the physicians and the FA activists as having agendas derived from 2 different traditions cohabiting the greater culture. Physicians, by training, tend to subscribe to the medical tradition with its primary agenda of furthering excellence in physical functioning and longevity. Because obesity is an adverse condition that impairs functioning and decreases life expectancy,2 it is reasonable to call it a disease. On the other hand, the FA movement represents one creative adaptation of the secular liberal individualist (SLI) tradition, which has as its agenda the protection of individual autonomy and social tolerance,3 which are regarded as the most important socioethical values. FA advocates creatively adapt this agenda to obesity, arguing that being fat is an individual’s autonomous lifestyle choice that deserves social tolerance and respect.4 The FA movement is a relatively new development, so it is too early to call it a new independent tradition or an established branch of the SLI tradition. Thus, it is better to understand it as a social movement.

Some physicians might be members of the SLI tradition if they openly or clandestinely avow that individual autonomy and social tolerance are the supreme socioethical values. Nevertheless, physicians would distance themselves from a group that creatively uses the SLI moral agenda to claim that being fat is a personal lifestyle choice and that the obese lifestyle can be healthy. That is, physicians can accept obesity as a lifestyle to be socially respected. But what the physicians find impossible to accept is the activists’ extended claim that the obese lifestyle can be healthy, which is contradictory to the traditional medical view. Therefore, the physician community and the FA movement are in a sharp disagreement with each other on the particular issue of whether obesity is a disease.

I maintain that the disagreement is a culture battle. It is cultural in that the dispute will be resolved by the verdict of the culture within which this tradition and movement coexist, each vying for its own survival. It is a battle rather than a war because the conflict here occurs between one tradition and one social movement within the culture to which they both belong, not a clash between different cultures.

In current scholarly literature, there are various definitions of culture, tradition, heritage, custom, and so on, which are largely equivocal; the meanings of the terms overlap without clear explanations about how they are conceptually related to one another. According to Stephen Mulhall and Adam Swift, a tradition can be “primarily religious or moral (for example Catholicism or humanism) … economic (for example a particular craft or profession, trade union or manufacturer), aesthetic (for example modes of literature or painting) or geographical (for example crystallizing around the history and culture of a particular house, village or region).”5 Following Mulhall and Swift, I define tradition as “a medium by which a set of practices are shaped and transmitted across generations.”5 In other words, tradition is formed under a particular teleological agenda (which I shall call a telos henceforth) and is in turn the means by which practices socially or intellectually worthy of preserving are shaped and transmitted, with the ultimate vision that the practices will survive, be reproduced, and thrive. I consider culture to have the same meaning as tradition. Thus, culture, just like tradition, derives from a telos and is a medium by which a set of practices are shaped and transmitted across generations. However, tradition and culture, I argue, are distinct from each other in that the former is considered to participate in the latter. Various participating traditions get woven together to yield the final product called a culture.

The Secular Liberal Individualist Tradition and the Fat Acceptance Movement

The SLI community thriving in the United States preserves a distinct tradition that carries a few-centuries-old ethical ideology, namely, secular humanism.6-9 The SLI community in the United States is one of the existing contemporary heirs of the secular humanist tradition that is sustained by a telos of social harmony and order via the power of human agency.6-9 But situated in the American democratic sociocultural context where no single custom, belief system, or ideology can be considered culturally superior, members of this community have naturally come to stress respect for voluntary, individual adult agency and social tolerance as the quintessential virtues to achieve the prized social harmony and order. In other words, in their effort to find common ground, members of the SLI community emphasize respect for individual adult autonomy and social tolerance over respect for the customs and values of certain racial, religious, or political communities.

In the 1970s, some activists within the American SLI tradition pushed the agenda—in advance of the culture’s readiness to change—that homosexuality was a personal identity (inborn or acquired) expressed through an individual’s sexual lifestyle. Nevertheless, they were able to convince the psychiatric community, as the American Psychiatric Association removed the diagnostic category of homosexuality from the second edition of Diagnostic and Statistical Manual of Mental Disorders in 1973.10 Given hindsight, medicalization of homosexuality was an ethical issue the psychiatric community needed to resolve.

Now, FA advocates have arisen, creatively adapting the SLI’s telos to body appearance while demanding recognition and visibility for the new body-proud people. For FA activists, everyone should feel proud of their own body shape, regardless of whether they have obesity (but, interestingly, not anorexia).11 Thus, FA advocacy is essentially for nondiscrimination in society, which FA advocates regard as an ethical fight.4 As a result, their controversial medical claim of being fat but fit should be considered not as its core agenda.1,11

The Tradition of the Physician Community

The medical community, whose primary members include clinicians and medical scientists, is also a community of tradition. But I will use the term physician community due to my focus on physician members. Originating presumably in the ancient Hippocratic tradition, the community’s telos, as mentioned previously, is supporting or restoring excellence of physical functionality and longevity.12,13 However, while the super-healthy body is the ideal, the desired functional excellence and optimal lifespan have become troubling questions physicians need to answer. Is it medically normal for elderly people to suffer from knee problems? Are some couples naturally infertile? Is it clinically OK to feel depressed or sad? Is dying a pathological symptom we can find a cure for in the near future? The answers to these questions depend on whether there is a consensus among physicians about whether to define them as diseases.

Is Obesity a Disease or an Illness?

Physicians or researchers have power to name diseases, not illnesses. The distinction between disease and illness has been well explored already by quite a few scholars; we understand the former to be medical and the latter to be cultural.14 To be more accurate, the 2 concepts have 2 different designating authorities. The physician community decides if a certain condition is a disease while the general culture determines whether it is an illness. In the case of homosexuality, the Western medical community and the public eventually converged on naming it neither a disease nor an illness. But note that homosexuality is still considered an illness by some Muslims and by some conservative Christians.

Schistosomiasis also illustrates that disease classification is not always clear cut. It was not seen as an illness in 20th-century Egyptian culture since it was named the “male menstruation.”14 Today Egyptian physicians seem to call it a disease, but the disease designation arguably does not have a great deal of appeal to the Egyptian public for it is difficult to adduce whether, or how many, people die of schistosomiasis because death certificates rarely identify schistosomiasis as the primary cause of death.15 Obesity in the United States seems similar. The physician community, represented by American Medical Association, calls obesity a disease state.16 But we do not identify obesity as the primary cause of death, which allows FA advocates to have leeway to say, in effect, “It is all right to be obese. You don’t die of it,” or “You can be fat but fit (whatever ‘fit’ means).” 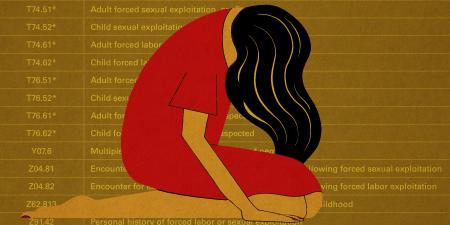 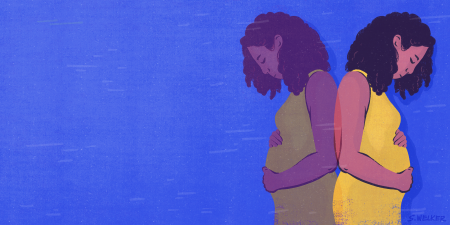 Why We Should Stop Using the Term “Elective Abortion”