Nearly 7% of US citizens born each year have at least one undocumented parent, but many pregnant undocumented immigrants are ineligible for public insurance covering prenatal care due to their immigration status. This article reviews national-level and state-level policies affecting access to prenatal care for members of this population. This article also considers ethical challenges posed by some policies that create obstacles to patients’ accessing health care that is universally recommended by professional guidelines.

A Call for Prenatal Care

Under the Fourteenth Amendment to the US Constitution, babies born in the United States receive American citizenship at birth, regardless of their parents’ immigration status. As of 2014, about 7% of citizens born each year, around 275 000 babies, are born to undocumented parents.1 Despite the size of this segment of the population, however, there exist significant barriers to care for pregnant undocumented immigrants, including several that are directly related to federal policy restricting immigrant access to publicly funded health care.

Prenatal care is a vital and necessary health care service that the American College of Obstetricians and Gynecologists (ACOG) recommends for all pregnant people.2 Despite this recommendation, however, undocumented immigrants are less likely than the US general population to receive adequate levels of prenatal care.3-5 Undocumented immigrants are also more likely than the US general population to experience complications of labor,6 and undocumented foreign-born Latinas are more likely than documented foreign-born Latinas to experience low birthweight.7

There are many potential explanations for these disparities, including financial and psychosocial barriers to care, but structural policy barriers erected by the federal government are chief among them. The Personal Responsibility and Work Opportunity Reconciliation Act of 1996 (also known as welfare reform) maintained and further codified an existing prohibition on the use of federally funded programs, including Medicaid and Medicare, by undocumented immigrants, with an exception for emergency medical conditions and active labor as required by the Emergency Medical Treatment and Active Labor Act of 1986.8,9 The bar on undocumented immigrant access to these programs was continued under the Affordable Care Act of 2010, which also prohibited undocumented immigrants from purchasing insurance in the state and federal marketplaces.10 Undocumented immigrants are thus left with few affordable choices for health care; although they are able to seek care at federally qualified health centers on a sliding-fee scale, access to these centers is dependent on geographic proximity, which, along with language barriers, can restrict health care access.11

In recognition of the critical importance of prenatal care for infant and maternal health, several state and federal policy mechanisms have emerged that provide access to public insurance coverage for pregnant undocumented immigrants in some states. This commentary lays out the various ethical considerations related to the policies providing or restricting undocumented immigrant access to prenatal care and concludes that the American Medical Association should support a policy of increased access to health care for this population.

Although federal policies restrict access to publicly funded insurance for undocumented immigrants, 18 states and the District of Columbia do provide some amount of public insurance to pregnant undocumented immigrants.12 These states do so through 1 of 2 policy mechanisms. The first of these, known as the “unborn child” option, allows states to define a “targeted low-income child” as any financially eligible person “under the age of 19” including the period from conception to birth under the federal Children’s Health Insurance Program (CHIP).13 By including the period from conception to birth, states are able to receive CHIP funding for prenatal care provided to pregnant undocumented immigrants carrying a CHIP-eligible fetus, the fetus being the beneficiary. This option restricts the services covered to only pregnancy-related services and services for conditions that could complicate pregnancy, although some states are able to offer more comprehensive services through a bundled payment for the entire pregnancy.14 As of January 2018, there are 16 states that use this option.12

An alternative policy mechanism used by 2 states (New York and New Jersey) and the District of Columbia creates a Medicaid look-alike option to provide coverage to undocumented women during pregnancy and for 3 months after birth.12 This option avoids the restriction on the use of federal funding for this population by using state-only (or, in the case of the District of Columbia, city-only) funds for the program, which allows these states to provide coverage directly to the pregnant mother. This option also allows these states to cover the full scope of Medicaid benefits during pregnancy rather than covering only pregnancy-related services, although New Jersey opts not to do so, making it functionally equivalent to the CHIP option. Also, unlike New York and the District of Columbia, New Jersey offers this program as a block grant program rather than as an entitlement program, meaning that once the funding appropriated by the legislature has been exhausted, no new pregnant immigrants can be enrolled in the program.15

Although the Universal Declaration of Human Rights notes that everyone has a right to health care, it emphasizes that “motherhood and childhood are entitled to special care and assistance.”16 The 32 states that opt not to provide coverage for this population fail to uphold their moral obligation to respect the human rights of pregnant people. While states enacting the policy options described above do make some progress towards realizing this human right, they are not without their own ethical challenges. Additionally, clinicians who treat undocumented patients could find themselves caught between the demands of ethical medical practice and the demands of other policies.

The unborn child option involves a variety of ethical issues. Although the federal CHIP program has been in existence since 1997, the option to modify CHIP state plans was a 2002 product of the George W. Bush administration.13 The framing of the policy, which allows states to name a fetus as the beneficiary of public insurance and makes the rights of the fetus the determining factor in a pregnant person’s ability access to health services,5 was almost certainly intentional. Indeed, one Nebraska state senator, in supporting the policy, argued that the unborn child option was “the most significant piece of pro-life legislation” the state had considered in recent years.17 Moreover, this framing of the policy could set a precedent that undermines reproductive rights by essentially conferring official recognition of moral personhood on a fetus, which could have negative implications for abortion rights. Policymakers who support reproductive rights might therefore prefer to find an alternative policy mechanism, such as the Medicaid look-alike option, to provide coverage to this population.

In addition to this abstract moral personhood concern, there are also immediate consequences of the unborn child option’s benefit structure that can affect the health of patients. Since the policy directs that CHIP cover only services that directly affect the fetus, services that are exclusive to the mother might not be covered. Although it is very difficult to parse out which services a pregnant person might receive that would not affect the fetus in some way, several states do exclude these sorts of services; for instance, Louisiana does not cover postpartum care except in cases of emergency, in which case Emergency Medicaid is billed.14 Excluding these services could have negative consequences for the health of undocumented mothers, and the injustice of doing so can be compounded by the downstream effect that poor maternal health has on child health over time.18 Recent research indicates that though the unborn child option improves prenatal care utilization in this population, there are mixed findings as to whether it improves birth outcomes relative to states in which there is no prenatal policy.19-21

Policy restrictions on coverage for pregnant undocumented immigrants create ethical challenges for clinicians as well. When clinicians are caught between a professional obligation to provide comprehensive prenatal care to this population and policy restrictions on which services are and are not covered, it can cause significant moral distress, defined by Nancy Berlinger as “an acute feeling of risk to one’s own personal and professional integrity that is associated with the perception of powerlessness to prevent some wrong.”22 The sense that these policy restrictions are inherently unjust, because immigration status is the only factor distinguishing patients excluded from receiving medical and social services from other pregnant patients who are able to receive them, could sharpen a clinician’s feeling of moral distress. Although arguments could be made that immigration status is morally relevant in the distribution of public resources, that discussion is beyond the scope of this commentary. What matters here is that clinicians who believe that it is not relevant might experience moral distress when required to limit the services provided to patients in need because of their immigration status.

Although states that employ a Medicaid look-alike option avoid the fetal personhood questions associated with the unborn child option and the justice issues inherent in its exclusion of certain medical services from coverage, there is still potential for clinicians in those states to experience moral distress. Their moral distress, however, can derive from policy restrictions on nonmedical services rather than from the Medicaid look-alike policy itself. Even New York State, which provides the full scope of Medicaid services to financially eligible pregnant undocumented immigrants, does not provide other necessary social services like nutrition assistance for the undocumented families of these women (eg, the Supplemental Nutrition Assistance Program), which is only available to citizens or legal residents.23 Consequently, clinicians who feel a moral or professional obligation to address the social determinants of health with their undocumented patients are frequently unable to do so, which can lead them to bend the rules or to implement other “workarounds” that enable them to provide services not explicitly covered.22 States seeking to promote the best outcomes for undocumented patients should expand their eligibility for other social programs.

The Need for Advocacy From Organizations

Despite federal restrictions on the provision of public insurance to undocumented immigrants, several states have taken steps to cover the most vulnerable members of this population. This article has discussed 2 such initiatives to provide coverage for vital health services during pregnancy, which, though fraught with a variety of ethical complications for policymakers, patients, and clinicians, serve as important steps towards the realization of the human right to health care regardless of immigration status.

In 2017, the American Medical Association (AMA) voted to adopt policies to improve the health of immigrants and refugees but did not include a policy advocating for increased access to basic health care services like prenatal care for undocumented immigrants.24 The AMA should join other professional organizations like the ACOG5 and the American Academy of Pediatrics25 in supporting the adoption of state or federal policies that improve access to health care for vulnerable undocumented immigrants. Promotion of the immigrant-friendly prenatal policy mechanisms described here, particularly the Medicaid look-alike option, would provide an excellent opportunity for the AMA to use its powerful platform to advocate for ethical public policy change. 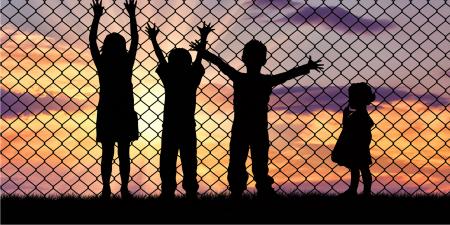 Rights Disappear When US Policy Engages Children as Weapons of Deterrence 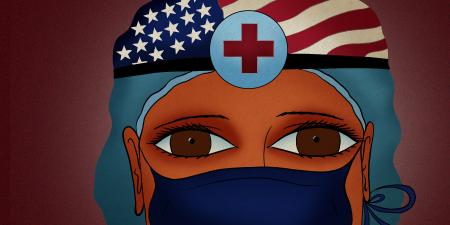 Are Clinicians Obliged to Disclose Their Immigration Status to Patients? 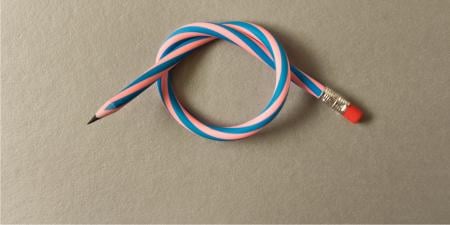 Is It Ethical to Bend the Rules for Undocumented and Other Immigrant Patients?