Advertising works. McDonalds, Coca Cola, and Nike know that their commercial success relies on their ability to tell people about a product and make them want to buy it. Nonprofit organizations also realize that public appeals are required to forward their cause—thus the advent of telethons and campaigns. Not surprisingly, individuals have also turned to advertising for personal causes, be it on the Internet or through traditional media sources, to get what they need.

In the last year, several organ transplant candidates have launched campaigns to procure organs from living or deceased donors. These campaigns for "directed donations" have raised concerns from the medical community, lawmakers, and the public. The collision of autonomy and justice principles caused by this practice has forced us to re-examine our values and the legislation controlling the organ allocation process. While there are several important reasons to consider organ advertisements, a careful analysis reveals that the practice raises serious ethical problems. Medical societies should continue to discourage these appeals,1,2 and legislation must outlaw the practice.

In August 2004, Todd Krampitz, a newlywed suffering from liver cancer, received an organ from a deceased out-of-state donor after Krampitz's family posted a billboard asking for a directed donation.3 In the wake of Krampitz's successful campaign, several other candidates have launched Internet or media appeals or have advertised for living donors through websites like matchingdonors.com. Recently, Shari Kurzrok, a 31-year-old PR executive who urgently needed a liver transplant, became the target of a multimedia campaign which included an ad in the Sunday New York Times, a website, and a blitz of advertising from her college alumni organization. Ms Kurzrok eventually obtained a liver through the standard transplant waiting list.

To determine whether these campaigns are ethical, it is important to understand how the current organ allocation system operates in the US. Organ donations from deceased donors are managed by the United Network for Organ Sharing (UNOS). UNOS is a private, nonprofit organization under contract with the Health Resources and Services Administration of the US Department of Health and Human Services to administer the Organ Procurement and Transplantation Network (OPTN). The OPTN was established by US Congress under the National Organ Transplant Act (NOTA),4 in part due to concerns regarding unfair organ distribution.5 Transplant centers and organ procurement organizations must comply with NOTA guidelines and regulations in order to receive Medicare and Medicaid funding.6 UNOS has a mandate to distribute organs based on a "combination of medical factors such as degree of illness, blood type and size of the organ needed, and medical/ethical circumstances such as a patient's waiting time and the relative distance between the organ donor and recipient."7 While UNOS policy states that "no consideration in allocation is given to gender, race, citizenship, or social factors such as wealth or celebrity status,"7 the OPTN regulation that has prevailed since March 2000 (called the Final Rule) allows families donating a deceased loved one's organs to circumvent the list by directing the donation to a named individual of their choice.8

Donations from living donors are not regulated in the same manner. Individual transplant centers may adopt their own rules for accepting living donors but must ensure that donors are physically healthy and choose to donate after receiving full disclosure of possible risks and consequences of donation. NOTA prohibits the purchasing of organs, either from living or deceased donors.4

The directed-donation exception in the Final Rule has been used in several situations where a friend or close family member of a person waiting for transplant dies unexpectedly. More recently, however, transplant candidates have attempted to use this rule to ask strangers to donate a loved one's organ, not to the general waiting list, but to them in particular. It is the perception that these media campaigns unfairly circumvent the traditional system that creates the controversy.

Those who argue in support of media appeals cite the autonomy rights of potential donors and recipients. They champion the prerogative of the intended organ recipient to procure an organ in any legal manner possible and "the right" of the donor to give the "gift of life" to the recipient of his or her choosing. As a society, we encourage potential transplant recipients to persuade their families and friends to become organ donors, and we applaud those individuals who choose to donate to a loved one, never questioning their right to designate a recipient. How, then, can we condemn media appeals and their respondents who make the same choices?

Justice issues oppose these strong autonomy claims when we consider the effect of media appeals on the larger community. We offer family members and close friends the choice of donating to a loved one because of the special bond that these intimate relationships create; some ethicists even argue that there is a prima facie obligation for family members to donate [9]. The same obligations and privileges do not extend to strangers because intimate bonds do not exist between them. When gifts are exchanged outside of close relationships, the impact on other members of the community must be taken into account. Expanding the call for organs into the larger community obligates the solicitor to consider the impact of that appeal. A media appeal casts a wide net, beyond the normal human bonds of close relationships. A campaign that seeks to further the cause of 1 individual by reaching into a large community when many are similarly suffering seems unjust.

Proponents of media appeals offer several reasons besides respect for autonomy to support this practice. Some argue that allowing donors to choose recipients may overcome some current barriers to donation.10 For example, researchers have noted reluctance among minorities to donate because they perceive inequities in the system.11,12 Permitting minority donors to direct donations to minority recipients could theoretically improve donation rates. Advocates of media appeals also believe that personal stories of illness and impending death garner donations that would otherwise not be offered. And, they say, public appeals raise awareness of organ donation in general, which may increase the donor pool for all.13

Of course, it is helpful to put a face on the suffering of those on the organ waiting list, and research has shown that providing information about organ recipients—even anonymously—has a positive effect on willingness to donate.14 The idea of using a "poster child" to represent a cause is employed in many fundraising campaigns, and most reasonable people understand that donations to charity are contributions to help those like the publicized representative, not necessarily that actual individual. The face presented in the directed donations media campaigns is often not all that "representative": it typically belongs to someone white, educated, photogenic, and with access to substantial resources. Minority members and the poor continue to be overrepresented on transplant waiting lists, but their stories are not being told through these campaigns.

Claims that high-profile, directed donations increase the donor pool make theoretical sense, but the evidence to support them is far from clear. Over 1000 potential donors signed up with matchingdonors.com after the first media directed transplant, and several more matches have been brokered.15 On the other hand, a survey of the American public found that 93 percent of Americans willing to donate to a stranger would do so even if they could not choose their recipient.16 In the same survey, those initially reluctant to donate were asked whether the opportunity of directed donation would affect their decision. Twenty-three percent of respondents said that this policy would make them more likely to donate, but almost as many (17 percent) said they would be less likely to donate if this were the rule. The claim that organs obtained through media campaigns helps to increase donations has simply not been proven.

Even if it were true that media appeals raise donation rates, this would not, in and of itself, justify the practice. Many strategies for increasing donor numbers have been rejected by Americans, including the sale of organs4 and the use of organs from anencephalic infants17 or executed prisoners.18 As a society, we believe certain goals, in this case the preservation of an equitable system, can sometimes trump the interest in preserving a particular life.

Furthermore, media appeals offer no guarantee of accuracy; intentional misrepresentation or incomplete information given by potential recipients may persuade donors who will later feel betrayed. For example, many people listed on the matchingdonors.com website emphasize the fact that they are parents or grandparents, presumably because they hope this will help them attract a donor. Less favorable characteristics, like a history of drug use, are seldom, if ever, mentioned. It is understandable from the recipient's perspective—each wants to put forward the best possible image in order to increase chances of a donation. The potential donors in this situation, however, must choose their recipients on the basis of incomplete—and sometimes inaccurate—information. If unfavorable characteristics are somehow revealed after the transplant, the donor may feel deceived, and these stories, if they find their way back into the media, may erode public trust of the overall transplant process.

Unregulated media-brokered matching also puts recipients at risk. Donors are given access to personal information about recipients that is not generally accessible. When organ transplantation takes place through OPTN, the medical community's emphasis on patient confidentiality aims to protect the sick person's dignity. Expecting recipients to expose their medical and personal histories on the Internet in a desperate plea for a limited resource goes against this important element of respect for persons and produces an inappropriate "Queen-for-a-Day" atmosphere.

Besides the multitude of ethical concerns brought up by the idea of Internet solicitation, one suspects that the entire process will be limited by our short media-wise attention spans and therefore not become a practical long-term strategy. Ms Kurzrok's story, while it certainly seems as compelling as that of Mr. Krampitz, received much less media coverage. Although there may be other explanations, public interest may be waning as transplant pleas become more commonplace.

What, then, is the solution? Should we prohibit all transplant candidates from discussing their situations? It is neither ethical nor legal to prohibit patients from telling their stories in private venues. Public solicitation may not, however, deserve the same protection or respect. Even if we cannot silence the call for organs, we can refuse to heed it. Transplant centers can refuse to perform transplants brokered through Internet appeals or other forms of advertising. As ethicist Lanie Freidman Ross suggests, media outlets can pledge to refuse to cover such stories, thereby lessening their impact.5

It is important not to fault the patients or their families for the problems associated with media appeals. These families are using legal means to do what any one of us would try to do in a similar situation—save the life of someone we love. The responsibility to see that transplant candidates are treated justly lies with the transplant community, not with the candidates. We must remain committed to all the waiting transplant candidates, not just those with the ability to campaign for their lives. We should refuse to participate in such campaigns and urge lawmakers to close the legal loopholes that allow them. At the same time, we need to develop strategies that will increase overall organ donation and address existing disparities in the UNOS system.

Media campaigns are an unfair practice that undermines the values of distributive justice that the OPTN was created to champion. Autonomy and utility arguments cannot defend the practice successfully because they are outweighed by the potential harm to the larger community of recipients, to donors, and to society. By supporting a change in the laws that govern the list, we can prevent the deterioration of the system and ensure equitable distribution of organs.

Can Social Media Help Increase the Organ Supply While Avoiding Exploitation and Trafficking? 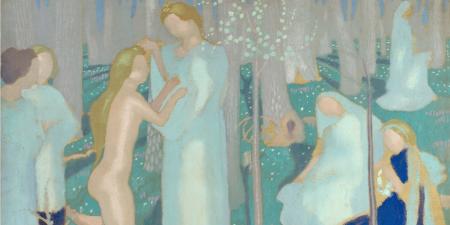