In a 2008 interview, Baroness Mary Warnock, a leading moral philosopher, said that people suffering from dementia had a duty to commit suicide: “If you’re demented, you’re wasting people’s lives—your family’s lives—and you’re wasting the resources of the National Health Services” [1]. Warnock also claimed that there was “nothing wrong” with helping people to die for the sake of their loved ones or society. Well known for her support of euthanasia, Warnock expressed in the interview the hope that people will soon be “licensed to put others down” if they are unable to look after themselves.

While such claims are controversial, they are persistent and seem to crop up from time to time in public debates and scholarly literature. In the United States, former Colorado Governor Richard Lamm expressed a similar view almost 30 years ago. Referring to the elderly as “leaves falling off a tree and forming humus for the other plants to grow up,” he told a meeting of the Colorado Health Lawyers Association, “you’ve got a duty to die and get out of the way” and “let the other society, our kids, build a reasonable life” [2].

In the scholarly bioethics literature, the most frequently cited reason for assigning a duty to die to old people is the utilitarian view that measures the value of lives by means of the amount of happiness or pleasure they contain. According to this approach, a duty to die arises when our lives have, on balance, more pain than pleasure. Since the elderly have on average fewer years ahead to live, their current misery is less likely to be offset by future happy years. Nonutilitarian justifications for a duty to die include arguments that it is wrong for the elderly to impose a burden that seriously compromises the lives of others [3]; that a duty to die is just a special case of a more general duty to prevent harm [4]; that old people living in wealthy nations have a duty to end their lives in order to transfer wealth to people living in poorer countries [5]; and that dying early represents a gift for others based on justice and reciprocity [6].

Social scientists have noted that the elderly often worry about being a burden on others, especially family members. In the period leading up to their deaths, elderly people who subsequently committed suicide reported that their lives had been lived and that they were now a burden on others [7]. Little is known about the experiences of elderly people who live and die alone, but in one qualitative study of this population, participants characterized a good death as being able to die without becoming a burden to others [8]. There is a small but growing body of evidence suggesting that worry about creating a burden on others is common among people of all ages who are near the end of life [9].

Is the concern about burdening others well founded? In one sense it clearly is. Older people—and especially the oldest old (those age 85 and over)—have markedly greater functional and cognitive impairments than those in other age groups. In a retrospective analysis of population-based data from the Cambridge City over-75s Cohort Study, researchers found that at least half of subjects aged 90 and older needed “maximum assistance” in nearly every activity of daily living (ADL), with individuals categorized into overall disability levels based on their or their proxy’s responses to ADL questions [10]. Although more than half of the age 85-89 cohort needed no help in ADLs (such as bathing, showering, dressing, and getting to the toilet on time) or in other activities that were not physically demanding (such as using the telephone or taking medications), they still needed high levels of assistance with instrumental activities of daily living. These include tasks that support an independent lifestyle, such as preparing meals (39.6 percent), doing housework (45.3 percent), doing laundry (55.1 percent) and shopping (72.1 percent) [10]. Risk factors for dependency, such as “being unsteady on your feet,” were reported at high levels by all ages in the study population.

Since elderly people require more and more assistance as they grow older, are they right to be worried about becoming a burden? And, if they are, what follows? Is there a duty to die?

Addressing such questions requires us to think carefully about what it means to be a “burden” and why the frail elderly may be perceived as such. It is instructive in this regard to contrast the care of dependent people in old age with the care of dependent children. Being unsteady on one’s feet and needing help going to the toilet are characteristic of both the young and a subset of the old, and an infant requires total assistance with all activities of daily living, yet we view caring for the young and the old in strikingly different ways. Are infants a “burden” on parents, preschool teachers, and child care workers? We do not ordinarily think along these lines. Why is that? Clearly, more than the need for assistance enters into our perception of what qualifies as a “burden.”

Is it because mainstream bioethics, and moral philosophy more generally, tend to consider the autonomy and independence of mature adulthood as the pinnacle of human achievement? Not only is exercise of autonomy often considered in determining whether treatment of someone was just or right, it also functions in some theories as a prerequisite for the value and dignity of persons [11].

Elsewhere, I have argued that this way of thinking is fundamentally misguided [12]. It leads us, as we age, to loathe the qualities of dependency we see emerging in ourselves, to see them as “less than” the qualities a valued person has, and, therefore, to view them as unacceptable. It may also explain why we regard dependency in the very young as less burdensome than in aging persons: healthy children emerge from their dependency to function independently; by contrast, elderly persons tend to experience a progressive decline of functioning as they age.

Since dependency per se does not establish that someone is a burden, much of our thinking is likely to turn on how we frame the moral status of those under consideration. I propose that the value and dignity of persons is intrinsic and does not depend on an individual’s social or economic productivity. This view places the dependent and the independent on more equal moral footing. Likewise, if we agree that all human beings possess an intrinsic worth and dignity, then any utilitarian calculus that measures the value of persons by means of the amount of happiness or pleasure their lives contain is deeply flawed.

Rather than thinking of aging persons as a net drain on society, or an unfortunate “burden” to be borne by families, we should instead view them—as we do the very young—as deserving of our care. Moreover, since dependent people of any age can pose financial and time burdens on family members, society can and should intercede to ease family burdens and ensure that all dependent people receive the care they deserve. This means recognizing a binding obligation on the part of society as a whole to ensure that health care systems are structured in such a way that dependent people have access to caregiving services designed to ensure a threshold level of functioning and capability required for human dignity [12]. When society fails to meet its collective obligation, family caregivers often find themselves with financial and time burdens. But this is not unlike the situation of families with a single parent or two parents who have to work—caring for children imposes financial and time burdens. Under these circumstances, the elderly (and other dependent people) are right to worry about their needs imposing burdens. But this is neither necessary nor inevitable in wealthy countries, such as the United States.

In summary, I have argued that in a just society, the elderly would worry much less about being a burden. They would feel confident that society would afford them a basic level of care. When the elderly express concerns about being a burden, the proper response is not to suggest they have a duty to die. Instead, it is to commit to becoming a more just society. In the US, as well as in many other developed countries, there is not yet any public system offering long-term care insurance for the elderly. The Affordable Care Act signed into law in 2010 originally included a program of national, voluntary long-term care insurance, known as CLASS (Community Living Assistance Services and Supports). Although designed to be self-supporting, with monthly deductions from workers’ paychecks, CLASS was opposed by critics who charged that it would add to federal budget deficits. In 2011, the US Department of Health and Human Services announced that the Obama Administration would not be implementing this program [13].

Encouraging elderly people to die, or helping them to end their lives, would certainly save money and free up resources. But this approach is neither ethically defensible nor necessary.

In the US and other developed countries, we are witnessing an unprecedented reduction in the proportion of society that is of working age, a development that has the potential to increase dramatically the burdens experienced by family members who care for the elderly. But it also has the potential to serve as a clarion call to action. As a society, we can and must do more to ease the burden on families and to give the old and young alike the care and commitment they deserve. 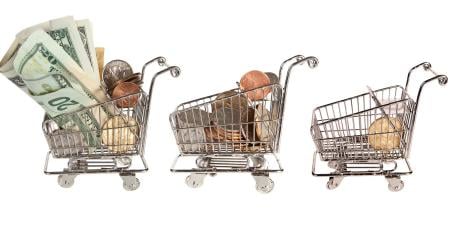 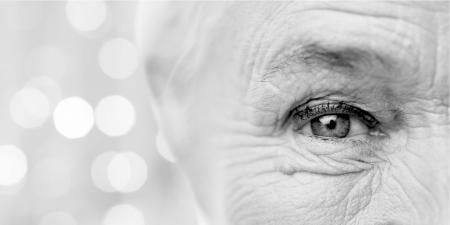 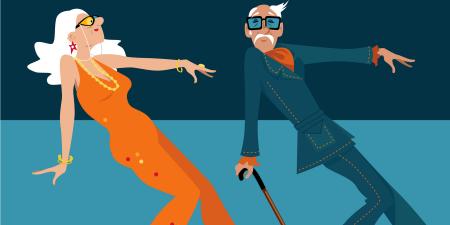