Mr. Stone had been experiencing cardiac problems, ranging from chronic hypertension to cardiomyopathy, for about 10 years when he was diagnosed with heart failure and was told that he would need a heart transplant. With a heart not forthcoming in the near future, Mr. Stone's long-time cardiologist, Dr. Holmes, suggested the possibility of inserting a left-ventricular assist device (LVAD) as a bridging strategy while they waited for a suitable donor to become available. Mr. Stone readily agreed to the idea. At 53 and a mechanic by trade, he told Dr. Holmes that he would do anything to relieve the burden he was currently placing on his wife by being unable to work and asked that the LVAD implantation be done as soon as possible. Dr. Holmes asked Mr. Stone if he had changed his advanced directives since his last surgery: "No doc, I still got the DNR order in there. I don't want to be a burden if it comes to that." Satisfied, Dr. Holmes called the hospital and scheduled the surgery.

On the appointed day, Mr. Stone arrived at the hospital for the surgery, his wife, Martha, at his side. As he was being wheeled to the operating theatre, Mr. Stone gave his wife a quick peck on the cheek: "Don't worry, dear. I'll be back in a jiffy. Dr. Holmes will look after me." The operation itself appeared to be another routine procedure for Dr. Holmes. After closing up the last skin wound, he checked Mr. Stone's cardiac function. On finding that it had improved as expected, he went off to scrub down, leaving his nurse aide, Mary, to take Mr. Stone to the recovery room. As he was washing his arms, Mary rushed in.

"Call neurology, Mary. I'll be there right away."

Anti-convulsant treatment stabilized Mr. Stone's condition and he was kept in the intensive care unit. Although he regained consciousness a few days after the surgery, Mr. Stone developed complications with pneumonia and was placed on a mechanical ventilator, forcing him to stay in the ICU.

The pneumonia failed to resolve in the following weeks. On consultation with the respiratory service, Dr. Holmes discovered that Mr. Stone's lung parenchyma had been irreversibly damaged and it looked like his condition would not improve much. This was bad news; as a member of the hospital transplant committee, he knew very well that this would make Mr. Stone ineligible for a heart transplant.

Entering Mr. Stone's room, Dr. Holmes moved up close to the bed so that Mr. Stone could hear him better. "Mr. Stone, I am afraid that there are some complications to your case." Mr. Stone listened, and, apart from a few labored breaths on the ventilator as Dr. Holmes mentioned his loss of eligibility, he remained unemotional.

After Dr. Holmes finished, Mr. Stone shifted, and, motioning Dr. Holmes up close so he could whisper to him, Mr. Stone breathed: "You and I both know I'll be stuck like this for the rest of my life. I don't want to. This will blow our savings and I want Martha to get on with her life. Can you turn off the machine in my chest and let me be?"

End-of-life situations are rarely easy due to the emotional bonds between patients and families. Medical technology that prolongs life without cure or relief of suffering further complicates these difficult situations. Today, there are many life-saving medical devices such as implantable cardioverter defibrillators, pacemakers, ventricular assist devices and even a totally artificial replacement heart. These technologies bring the potential for additional ethical dilemmas at the end of life because they have the ability to keep the body alive in futile clinical situations (e.g., multiple organ system failure with sepsis).

Knowing a patient's values and preferences for health care is critical to medical decision making. When patients are alert and manifest the functional capacity to make their own decisions, they can cogently express their thoughts and desires. At the end of life, however, few patients maintain their decision-making capacity; they are often heavily sedated, encephalopathic or even comatose. In such cases, it is impossible to converse with patients to understand their wishes, so the medical team must turn to family, friends or prior known expressions of the patient's values. In these situations, medical personnel and surrogate decision makers can be assisted by the presence of the patient's advance directive (also known as a living will) [1].

A living will is a document created by adults at a time when they have decision-making capacity. These documents do not have to be drafted by an attorney, and in most states they do not have to be notarized. Their content expresses the person's wishes with regard to life-saving therapies such as cardiopulmonary resuscitation, ventilatory support, artificial feeding and hydration, and dialysis. Some living will template forms allow patients to note with a checkmark which therapies they want at the end of life (e.g., when terminally ill or permanently unconscious), and other forms allow individuals to insert text that specifies their values and wishes.

An alternate form of having one's wishes followed when one has lost decision-making capacity is the durable power of attorney for health care (DPAHC). On this form, adults appoint another adult to make their medical decisions when they lose the ability to do so themselves. Often the surrogate decision maker is a spouse, sibling or child, but a friend or clergy member can also serve in this role. Alternate surrogates can and should be named on the form in case the primary surrogate cannot be located, has died, or is otherwise unwilling or unable to function as decision maker. When living will and DPAHC forms are completed, a copy of each should be given to the individual's primary care physician, and one should be placed in the medical chart if the patient is hospitalized. Adults should have formal discussions with their surrogates about the contents of their living wills and be sure that the surrogates have copies of the documents.

Timely discussions with patient and family

In the case described, a ventricular assist device was implanted without a detailed prior discussion of the patient's health care values. While Mr. Stone informed Dr. Holmes that his advance directive specified no cardiopulmonary resuscitation be performed, there was no discussion between the two about the significance of the ventricular assist device in making the patient pump-dependent. In this way, the assist device would essentially provide constant cardiac life support, even in situations of clinical futility, unless it was turned off (deactivated) [2]. Such a concept can be psychologically stressful, thus the time for these discussions is before implantation, rather than afterward during critical clinical situations when families are stressed, emotions are strained and patients are often without the ability to make their own medical decisions.

At the Cleveland Clinic, it is standard practice for all patients who are being considered for destination ventricular assist device therapy (permanent implantation) to be evaluated by a social worker and an ethicist who ascertain the patient's current level of decision-making capacity and his or her understanding of the device and its function, the risks and benefits of the implant procedure, and the concept of pump dependence. All patients are also strongly advised to complete living wills and to appoint surrogate decision makers. For those who decide not to complete a living will, expressions of their values are documented in the medical chart for future reference.

At the end of life, when it is clinically and ethically appropriate to turn off medical devices such as ventilators and feeding pumps, the medical team must not forget other concurrent technologies, even if they are implanted in the patient. As an example, powerful shocks from an implantable cardioverter defibrillator at the end of life are not only burdensome, they can prolong the dying process [3]. Ventricular assist devices can keep patients alive almost indefinitely, while their bodies try to shut down and die. Turning off these devices is not a form of euthanasia because doing so allows the patient's disease process to progress naturally until it causes death. Nonetheless, facing these deliberations at the end of life without any prior discussion and contemplation can be very difficult for all involved.

In the case described, Mr. Stone's request for deactivation of his LVAD can be troubling for the medical team and family [4]. A clinician or ethicist should assess Mr. Stone's level of decision-making capacity and verify whether or not he understands his clinical situation and the implications of turning off the device (as well as keeping it on). Mr. Stone should be asked about the content of his advance directive in light of his clinical status and prognosis. Ideally, this discussion should occur first without family present, then with family at the bedside. All patient requests for device deactivation should be thoroughly documented in the medical chart, as should consultations with the medical team. In all situations, the wishes of a patient who has decision-making capacity should be honored. When patients lack this capacity, prior expressions of their health care values and preferences can be used by surrogates for decision making. If a patient's values and preferences are unknown, decision making should proceed on a best-interest basis that reflects on the patient's clinical status (including coexisting technology burdens and benefits) and prognosis [5]. 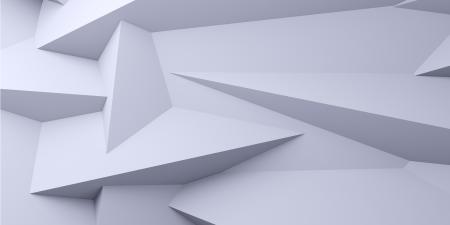