The Case of Starchild Abraham Cherrix

What should a physician do when a young teenager refuses life-saving medical care? And how should society react if the teenager insists on not undergoing such care? The case of 16-year-old Starchild Abraham Cherrix, who refused the highly efficacious treatment his doctor recommended for his life-threatening Hodgkin's disease, raised these questions and triggered a national debate about how to answer them [1]. The case illustrates the types of moral considerations that must be weighed in reaching a decision about how to manage an older child who refuses crucial medical treatment.

The boy at the center of the national controversy that erupted in the summer of 2006 goes by the name of Abraham. At the time he lived with his parents and four younger brothers and sisters in rural Chincoteague, Virginia. He is a tall and articulate young man who gives the impression of being older than his 16 years. Abraham was diagnosed with Hodgkin's disease in 2005, and doctors at the Children's Hospital of the King's Daughters in Norfolk, Virginia, recommended chemotherapy. The treatment left him bald, feverish, nauseated and so weak he could not walk [2]. Two months later the cancer came back. His doctors said Abraham needed to go through another round of chemotherapy supplemented with radiation. Statistics showed that the success rate in curing this form of cancer was 90 percent after three rounds of chemotherapy [3]. But having been through the rigors of chemo once, Abraham declined further treatment. Instead, the teen and his parents stated they wanted to pursue an alternative treatment method that they learned of on the Internet. What they wished to try is known as the Hoxsey treatment.

The Hoxsey treatment is a decades-old American folk remedy based on an observation made by Harry Hoxsey in 1920. Hoxsey noted that a tumor on a horse disappeared after the horse had grazed in a field with a distinctive set of plants. Believing that ingestion of some of the vegetation in the field had caused the tumor to go into remission, Hoxsey attempted to determine what wild plants the horse had eaten in order to prepare an elixir for use in humans [4].

The Hoxsey treatment, mixing various plant and root extracts, was condemned in the United States by the Food and Drug Administration (FDA) in 1956 [5]. It is still available, however, in a clinic in Tijuana, Mexico, run by a nurse who once worked with Hoxsey. Information about the botanical formula—which has evolved over the years—is available on the Internet, as are advertisements for the clinic [6].

In May 2006 physicians who had been treating Abraham became aware of the family's decision to pursue a therapy judged to be quackery by the FDA and the American Medical Association (AMA) and reported the family to the Department of Social Services in Accomack County, Virginia. Social Services representatives determined that Abraham was not receiving appropriate life-saving care.

The family was taken to Accomack Juvenile and Domestic Relations Court in July 2006 where the parents were charged with medical neglect. The domestic court judge ruled that the parents should relinquish custody of their child, so the state could see to it that Abraham submitted to the recommended cycle of higher dosage chemotherapy and radiation by late July.

On July 25, 2006, minutes before the order was to take effect, the family obtained a stay from the Circuit Court of Accomack County. The parents regained full custody of their son, and Abraham continued with the Hoxsey treatment. The appeals court set a date to hear the case against the parents.

On August 16, 2006, Accomack Circuit Court Judge Glen Tyler cleared Abraham's parents of all charges of medical neglect. He announced that a settlement had been reached between the family and the Virginia Department of Social Services. Abraham would be allowed to pursue the Hoxsey treatment so long as he was monitored by a board-certified oncologist in Mississippi experienced in alternative cancer treatment. The court stated it would keep an eye on Abraham to make sure that his treatment was reasonable [7].

Assessing teenagers' right to refuse medical treatment poses special challenges to both medical ethics and social policy. American law does not recognize teenagers as adults until they reach 18 years of age. Teenagers under this age may not consume alcoholic beverages, vote, hold federal office or serve in the military. They are also subject to age-specific curfews set by local governments. On the other hand, those in their upper teens but not yet 18 can drive, work, obtain contraceptives, marry in some states and, under certain legal circumstances, be held accountable as adults for their actions [8].

Although teenagers are not adults, their ability to make decisions about their medical care as they grow older is widely acknowledged by experts in pediatrics and child development. Older teenagers are recognized as capable of a high degree of self-determination [9]. Still society has an interest in trying to insure that life-saving medical care is provided to children. How—using ethical standards and guidelines—ought the conflict between the emerging autonomy of a teenager and the need to insure access to life-saving care be resolved?

A number of factors must be weighed in cases like that of Starchild Abraham Cherrix. First, what is creating the need for medical intervention? Life-threatening disease and the likelihood of severe disability must exist if the state is to justify interference with parental decision making and family privacy.

Second, how efficacious is the standard medical intervention? The more uncertain the efficacy of treatment, the more novel or untested it is, the more difficult it becomes to override parental refusals or refusals by older teenagers.

Third, how invasive, risky and painful is the standard treatment? Risk must be weighed when offering any treatment to a patient. Patients and their families have the right to weigh the burden of treatment when considering its desirability. A blood transfusion does not carry the level of risk and burden that a third liver transplant or the removal of stomach and bowel with nutrition forever provided through total parenteral nutrition (TPN) does.

Fourth, what, if any, alternative course of care do the teenager and parent propose to follow? Sometimes in the face of uncertainty watchful waiting can be a reasonable response—even if it is not the optimal mode of care from a medical point of view. In other cases what is proposed as treatment—prayer or unproven or disproven alternative remedies—is not.

Fifth, consideration must be given to the impact of forcing medical care on the stability and integrity of the family. If a teenager is likely to be completely noncompliant with therapy, to flee or to be rejected by his family, then the case for coercing medical care is weakened. If there are reasons to suspect undue pressure from family members to follow nonstandard care, the case for coerced treatment is correspondingly strengthened. The impact of treatment on family life must be weighed in the equation of what truly is in a teenager's best interest.

The case for the Virginia courts to leave Abraham and his parents alone seemed to many to be very strong. He had been through a round of treatment which did not work and left him sick. Abraham's parents, who obviously loved him, agreed with him and supported him in his decision to pursue alternative medicine.

So should physicians have reported the family for medical neglect? And should the Department of Social Services of Accomack County, Virginia, having examined the facts of the situation, gone to court? In light of the key moral factors governing this case, I think the answer should, despite Abraham's self-assurance and his family's support, be "yes" to both questions.

Abraham, for all his apparent sophistication and thoughtfulness, is still a teenager living at home under the strong influence of his parents and their values. It is not clear that he will choose to pursue the lifestyle, philosophy or stance toward medicine that his parents exhibit when he reaches adulthood. As he broadens his experience of the world and attains greater independence he may or may not reject traditional medicine.

Further, the disease Abraham has is serious and life-threatening. The success rate associated with three rounds of chemotherapy possibly supplemented with radiation is high—near 90 percent. These facts make it imperative that his failure—or any teenager's failure—to follow such a proven medical treatment be reported by physicians, nurses and hospital administrators to child welfare authorities.

True, the young man went through a round of treatment and hated it, but the course of care the family and Abraham chose to pursue is known to be non-efficacious. The Hoxsey treatment is not standardized in any way, and there is no evidence whatsoever that it has succeeded in curing any type of cancer. These facts justify reporting the failure to utilize standard medical care to social service officials in this and similar cases.

That said, can one really force a 16-year-old to take a miserable treatment that he does not want? The answer is "probably." And the way to turn "probably" to "yes" is to find a doctor who has a good rapport with the boy and his family and is open to working with them and allowing them to pursue their ideas about healing in conjunction with the standard medical treatment for cancer [10].

Keep in mind that there would not have been any resolution if the state had not stepped in and demanded that Abraham and his parents go to court. Abraham would have been left to pursue a quack form of medicine on his own without the oversight of a medical expert. By intervening, social services and the Virginia courts forced an accommodation that respects the family's values but also insures that standard, proven medical care will continue to be offered even if it is not accepted. In addition, Abraham and his family will be kept under the supervision of a physician and the court.

Some say the best thing to do when it comes to teenagers who refuse standard medical care is to leave them and their families alone. But respecting autonomy does not mean that a decision cannot be challenged. Autonomy is perfectly compatible with demanding a justification before legal authorities when a minor refuses recommended life-saving medical treatment. Sometimes a bit of a push from government officials and courts can help doctors do the right thing for a teen. 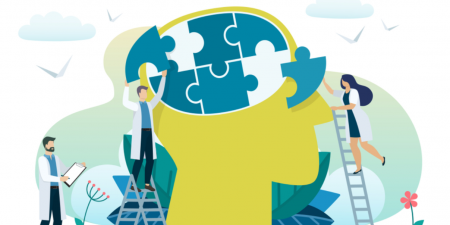 When patients are unable to express their wishes and do not have surrogates or advance directives, which and whose values should inform decision making for them? We discuss ethical complexities of caring for unrepresented patients.
Sep 2017