Dr. Cohen practices internal medicine at a small community hospital in Nebraska. He recently admitted Mr. Lopez for rib and back pain, found, upon x-ray, to be due to pathological fractures. Mr. Lopez, 72, had a history of metastatic squamous cell lung cancer that had progressed despite two cycles of chemotherapy. Prior to admission, he had been on palliative chemotherapy and oxycodone, which provided imperfect relief of his day-to-day cancer-related pain.

When Dr. Cohen entered the room, he found Mr. Lopez wincing in pain. Though he was on high dose opiates, he continued to ask for more. Seeing Mr. Lopez’s intense pain, Dr. Cohen wrote an order to increase the amount of his medication.

Later in the day, Mr. Lopez’s nurse told Dr. Cohen that Mr. Lopez had started to get increasingly drowsy. Dr. Cohen went to check and found Mr. Lopez somnolent but arousable and oriented to time, place, and location. Looking at the cardiac monitor, he saw that Mr. Lopez’s respiratory rate had decreased and wrote a new order to return to the previous dose of pain medication.

Within the next 4 hours, Mr. Lopez was breathing well, but once more in extreme discomfort. Dr. Cohen went to the bedside to talk with Mr. Lopez about why he had reduced the pain medication to the current level. When Mr. Lopez responded, his speech was labored. He said the pain was intolerable and that he couldn’t “take any more.”

Dr. Cohen explained again the danger of lowering Mr. Lopez’s respiration, but Mr. Lopez said, “You don’t understand this, this…I can’t take it. I would rather be dead.”

Weiss et al. report that the number of seriously ill patients who experience “substantial” pain ranges from 36 to 75 percent [1]. Addressing pain early in patients who are seriously ill such as patients with cancer could improve their quality of life [2]. Opioids are one of the most common medications given for pain control, but an inaccurate assessment of their dangers can lead to an irrational fear of opioid use among patients and physicians alike [3]. Much of inadequate pain management, particularly in end-of-life care, can be traced to lack of knowledge on the part of physicians. We will address four common misconceptions about opioid use for pain management at the end of life: (1) that dying patients’ unconsciousness is necessarily unnatural and problematic; (2) that it is necessarily wrong to help with pain at the cost of some consciousness or length of life; (3) that there are legal restrictions on doing so, and (4) that managing a patient’s pain necessarily entails making a tradeoff about consciousness or length of life.

Need Patients Be Kept Conscious at the End of Life?

First, we will address misconceptions about loss of consciousness at the end of life. As P.A.J. Hardy has written,

The use of an opiate antagonist in potentially fatal circumstances demands an answer to the question: is such treatment humane?If endorphin release during extreme stress has evolved to provide analgesia and detachment, are doctors to dictate that such effects are to be denied in a last ditch attempt to maintain vital functions which are becoming resistant to conventional support, only to leave the moribund more aware of their circumstances [4]?

Let’s say, for example, that death is imminent for a patient with nasopharyngeal cancer that has spread to encompass his entire nasopharynx and face. If, after more than 2 weeks of receiving 300 mg per day of intravenous (IV) morphine, the patient slowly loses consciousness, should the doctors turn off the morphine infusion to test whether the morphine was the cause of the change in mental status? Absolutely not [5]. Discontinuing an ongoing opioid infusion in a terminal patient who slowly loses consciousness can intensify the patient’s already moderate-to-severe pain [6].

But importantly, the painkillers may not be the reason for the unconsciousness. Metabolic encephalopathy, infection, and brain metastases are more commonly the cause of altered mental status than opioid overdose in patients with chronic cancer pain [7], especially patients who have been on stable or slowly increasing doses of opioids [8].

Is It Wrong to Alleviate Terminally Ill Patients’ Pain If Doing So Reduces Consciousness or Length of Life?

Another common misconception about pain relief at the end of life is that it is necessarily wrong to help with pain at the cost of some consciousness or length of life. To provide another example, let’s say that a physician is managing an end-stage AIDS patient who has a do-not-resuscitate (DNR) order and a documented pain score of 6 out of 10 (10 representing the worst possible pain imaginable) despite receiving 3 mg/hour IV morphine infusion. If the physician is concerned that the morphine is hastening death, need he or she reduce the dose, thereby intensifying the patient’s already severe-to-moderate pain?

In end-of-life care and pain management, as in medicine generally, there are four guiding ethical principles that govern our decision making and care of patients [9-12]: nonmaleficence (minimize harm), beneficence (do good if you can), patient autonomy (respect the patient as a person), and justice (fair distribution of available resources). In implementing the four principles of ethical medical care, the physician has to contend with three sets of conflicting goals:

In cases such as this, we are dealing with the first two sets of goals. The principle of double effect, initially developed in the Catholic tradition from the thirteenth-century teachings of Thomas Aquinas, states that an action that has two effects, one good and one bad, is permissible if five conditions are met [13]:

The main point of the principle is that the intention of the caregiver is what matters. In certain respects the principle reverses the order of nonmaleficence and beneficence—that is, it gives primacy to doing good in spite of the risk of causing harm. According to this viewpoint, it is not morally wrong to alleviate the patient’s pain, using whatever doses of opioids are necessary, at the cost of some consciousness or length of life [14, 15]. It does not, however, alter the role of respect for autonomy—the patient or surrogate decision maker should be informed of the various options and their probable effects and choose freely among them.

As we have said elsewhere, we think a principal reason that double effect doctrine continues to be an area of lively debate in bioethics is the ambiguous intentions of caregivers in treating patients at the end of life [15]. For example, even when a physician has no desire to hasten a patient’s death, the death of the patient may nevertheless be seen as a good or desirable outcome [14, 15]. However, there is a distinct difference between giving a poison with the intention to end the patient’s life and giving medication to relieve pain or reduce suffering when that medication may have adverse effects leading to the patient’s death [14].

In applying the principle of double effect to this therapy, the rate of administration or the dose of administration should not be changed abruptly or even decreased to a previous level if that previous level did not alleviate the pain and suffering, and the patient, understanding the consequences, has indicated that he or she prefers to prioritize pain relief. If there is no other way to relieve the patient’s suffering, the doses of the opioids necessary to relieve pain produce deep sedation are permissible [14].

This seems to be the case with Mr. Lopez. It appears that he would rather risk a somewhat earlier death than be conscious and in agony. If this is so, it is therefore incumbent upon his physician to confirm Mr. Lopez’s consent for possibly life-limiting pain relief and then increase his opioid again until Mr. Lopez is comfortable or unconscious. His physician must also obtain informed consent for implementing a DNR order status from Mr. Lopez. This treatment, like all treatments, is only acceptable because the patient wills it. To sum up, clinicians should never withhold needed pain medications from terminally ill patients for fear of hastening their death, if they have received informed consent from the patient to increase the dose.

Are There Legal Restrictions on This Kind of Pain Management?

Physicians may also believe that they are legally prohibited from alleviating pain to this degree. This is untrue. The 1993 California Medical Board Statement on the Prescribing of Controlled Substances indicated that, when there is legitimate medical need, physicians should not be reluctant to prescribe controlled substances used for medical purposes, even those with high potential for abuse and dependence [16]. The Federal Controlled Substances Act (CSA), too, does not regulate medical treatment decisions such as the selection or quantity of prescribed drugs [17].

More specifically, the U.S. Supreme Court addressed pain management for the terminally ill in the 1990s [17]. The court drew a distinction between using drugs to terminate life and adequate pain and symptom management, as reported in the New England Journal of Medicine in 1997: “a Court majority effectively required all states to ensure that their laws do not obstruct the provision of adequate palliative care, especially for the alleviation of pain and other physical symptoms of people facing death” [18]. Similarly, the New York State Task Force on Life and the Law declared in 1994 that “it is widely recognized that the provision of pain medication is ethically and professionally acceptable even when the treatment may hasten the patient’s death if the medication is intended to alleviate pain and severe discomfort, and not to cause death” [7], citing guidance from the American Medical Association’s Council on Ethical and Judicial Affairs as well as Catholic and Jewish bioethical analysis.

Model guidelines for the use of controlled substances for the treatment of pain developed jointly by the DEA and Federation of State Medical Boards of the United States cite widespread undertreatment of pain in end-of-life care and now include language stating that the adopting body “will consider inappropriate treatment, including the undertreatment of pain, a departure from an acceptable standard of practice” [5]. End-of-life cancer pain management also need not carry with it the usual fear of being sued for injury or addiction caused by prescriptions of opioids.

Will This Tradeoff Even Occur?

The last misconception we will address is the belief that giving patients such doses of opioids will necessarily reduce consciousness or shorten life. This may not be the case. In a retrospective study of 238 patients, Thorn and Sykes found that there was no difference in survival between patients requiring escalating doses of opioids and patients on stable doses [19]. This would seem to suggest that the use of opioids for pain control at the end of life does not even need justification with the principle of double effect [19].

It is our job as compassionate and professional physicians to “do the kind thing, and do it first,” as William Osler told us so many years ago [20]. And it behooves all physicians who are privileged to care for patients at the terminal stages of life to be aware of the doctrine of double effect as well as its legal and social ramifications and to know data that clearly show that palliative sedation applied appropriately has no life-shortening effect [21]. In the case of Mr. Lopez, our conclusion is clearly that Dr. Cohen should increase his opioid again until Mr. Lopez is “comfortable” or loses consciousness. 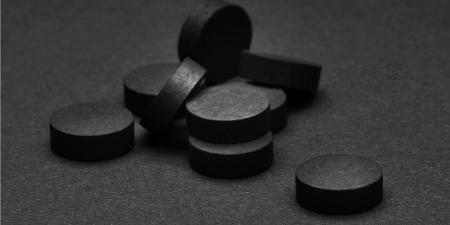 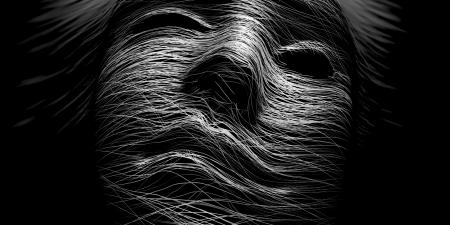 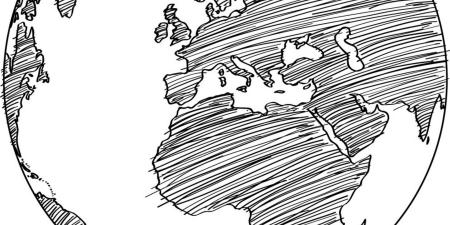 Undergraduate Medical Education on Pain Management across the Globe