The rehabilitation environment is structured differently from the hospital-based environment in a way that lends itself to interdisciplinary care. Physicians work with other specialists on an interprofessional team while observing patients’ participation in activities of daily living. This approach allows a patient to show rather than tell a physician what he or she can do, which helps the physician remove as many medical barriers to rehabilitation as possible. Another difference is the decentering of the physician on the health care team. Because a patient’s functional status is beyond the scope of expertise of any individual health care team member, treatment plans are formed collaboratively, with input from every member of the team. The result is more comprehensive and holistic care for medically complex patients.

My nails had not been painted in over a decade, and they were about to become hot pink. The manicurist was a nine-year-old girl with right-sided hemiplegia (paralysis affecting one side of the body). Before her stroke she had been right-handed. Now with “Righty” weak and clumsy, she chose to use her nondominant hand rather than fight with her impaired one.

“Try using Righty,” I implored her as my entire distal interphalangeal joint soon matched the color of my nail. “Let’s get that hand strong again.”

There was one rule inside the children’s playroom at Spaulding Rehabilitation Hospital in Boston: “No doctors allowed,” but that did not mean it excluded trainees or physicians. An education specialist supervised the children, and anyone was welcome to join the nail salon. The rule did not mean that physicians threw away their knowledge base or stopped thinking about our patients’ clinical problems. Rather, the purpose was to downplay the stereotypical role of “doctor.” Asking about a child’s symptoms directly or physically examining the child was strictly off-limits. We learned about our patients via the equality more typical of nonclinical encounters and everyday exchanges among people living their lives. Even when encouraged, my nine-year-old patient demurred from using her dominant (now weak) hand for a task she had previously loved. Knowing this, the puzzle for a team of therapists, nurses, and physicians became how to get this young girl to try to use her right hand again.

Differences in the Patient-Physician Dynamic in Interprofessional and Inpatient Settings

My positive experiences in physical medicine and rehabilitation as a medical student led me to choose the field for my residency. The field values the contributions of all members of an interprofessional team—including nurses, therapists, and education specialists—but I noticed medical students’ contributions were taken seriously as well. In return, I was more comfortable putting questions to the team and spending time with patients. Before entering the specialty, however, I had to complete a one-year internship in internal medicine (IM), primarily taking care of hospitalized patients. By the end of that year, I learned many ways in which the interprofessional rehabilitation environment differs from the more hierarchal hospital-based environment, which tends to be physician-centered.

Expressions of physician centeredness in hospital-based practice. A major difference is the dynamic between physicians and patients. I’ve found that there’s nothing that silences a hospital room more quickly than when a physician walks in. Any activities that a patient might be doing grind to a halt. “I have to go; the doctor’s here,” says one patient as she ends her phone call nearly mid-sentence and gives me her full attention. Another patient pauses while eating breakfast, his eggs getting cold as I listen to his lungs. If patients don’t get the memo to stop whatever they’re doing when I come in, I’m quick to remind them. One patient is about to get out of bed to amble to the bathroom when I walk in. “Hang on,” I tell her as I lay my stethoscope on her chest. “This will only take a few minutes.” Even when I know I’m inconveniencing patients for a few moments, there’s a part of me that appreciates doctor-centered care. As an internal medicine intern, efficiency drove my actions when I had eight patients to evaluate in two hours before rounds. I could feel the seconds tick by as I waited for a nurse to complete a blood draw or for a patient to slowly rouse himself from sleep enough to give coherent answers to my questions.

Expressions of patient-centered care in rehabilitation-based practice. During my physical medicine and rehabilitation rotations, the physician team would make rounds in a patient’s room to similar effect—but afterward, it was different because we were encouraged to observe our patients as they worked for three hours each day with their therapists, our colleagues. Physical therapists worked with patients on their gross motor skills and strengthening; occupational therapists worked with patients on fine motor skills and completing everyday tasks; and speech therapists worked with patients on speech and cognition. I sat quietly in a gym, therapy room, or the patient’s hospital room, no longer the center of attention. I watched patients learn to transfer from wheelchair to bed, button a shirt one-handed, or swallow food without choking. The juxtaposition between this kind of practice environment and the hospital-based practice environment was jarring. In the hospital, patients were kept “safe” mainly by monitoring them and confining them to bed, in rooms filled with alarms and guardrails, IV poles, and tangled telemetry wires. In rehabilitation, activities were designed to mimic the “real world” as closely as possible. Patients cooked food in a model apartment. They practiced steering a model car. They shaved in a model bathroom. I was able to get a glimpse into how patients lived and functioned in their daily lives. Understanding the challenges patients faced, which often slipped my notice, helped me at once to ground my expectations and to value the progress patients achieved.

Structure of clinician-patient relationships. The rehabilitation approach differs from the inpatient acute care model, which is fundamentally structured differently. A rehabilitation environment tends to be more physically active, with patients exercising and practicing activities of daily living. In contrast, an inpatient hospital stay focuses on getting a patient to improve medically in a more restricted space. In addition to being more physician-centered, the acute care model relies more upon a patient tellingthe doctor rather than showing the doctor. Part of the reason for this emphasis is that physicians spend so little time with a patient in hospitals. A 2013 study from Johns Hopkins found that interns spend just 12 percent of their time talking to and examining patients, or an average of 8 minutes per day per patient [1]. Part of the doctor-centeredness of hospitals is structural design and not just a medicine-centered hierarchy of professional status. A physician’s time is often deemed more valuable than that of her colleagues and patients. When I’m in the room, my activities and words—rather than my colleagues’ or a patient’s—seem to predominate. This arrangement feels to me to be too neat, too convenient, and artificial. My own professional dominance undercuts my ability to see how my patients usually function, that is, with “no doctors allowed.” It also had led me to undervalue the efforts of other members of the health care team, even though they were often spending more time directly with the patient.

Contextualizing physicians’ capacities to help patients. In rehabilitation, I attended interdisciplinary rounds, which consisted of the entire medical team—physicians, nurses, and physical, occupational, and speech therapists. For every patient, each therapist would report on the patient’s progress and suggest how the rest of the patient’s rehabilitation stay could best be spent. Decisions about care plans seemed better informed and more integrated when our colleagues’ observations accompanied our own direct observations. On an interdisciplinary model, physicians’ roles of prescribing treatments to maximize a patient’s rehabilitation potential were improved. Watching a spinal cord injury patient work with an occupational therapist who noted that his spasticity was causing him to struggle to use a fork once cemented my decision to try a muscle relaxant, for example. In another case, listening to a brain injury patient’s difficulty following instructions from his speech therapist made me more confident in suggesting a low dose of stimulant. The patient did the work, therapists observed and assessed that work, and I then did my best to remove as many physical or cognitive barriers to the patient’s successful rehabilitation as possible.

Modeling the Value of Interprofessional Practice

The importance of unlearning physician-centric practice approaches was something I learned from one of my favorite physical medicine and rehabilitation mentors who specialized in pediatrics. In her clinic room were toys. When she introduced herself to parents, she kept one eye on the children while they played. While physical and speech therapists assessed the children, she stood by the door and quietly watched. Her goal was to observe as much as possible without interfering. She then spoke to and invited input from the therapists, parents, and children and considered a course of action that best incorporated these stakeholders’ perspectives. This physician also modeled to students and residents the importance of spending time in the children’s playroom. We colored, sang songs, and told corny jokes. But we didn’t lose our focus in the fun. How were these children functioning, and how could we help them improve? After the children returned to their rooms, I would talk to the education specialist. How did she perceive their strengths and weaknesses? Often she would mention things that had escaped my notice.

During my physical medicine training, I had similar conversations with therapists outside of formal interdisciplinary rounds. In more casual settings, dialogue reigned over report. When I had to sit in front of a computer writing notes or analyzing lab values, I intentionally sat within earshot of therapists and nurses so that I could listen to their conversation and join in with questions or comments. Sometimes several of us would independently bring up a subtle observation about a patient that had not been discussed during rounds. Sometimes we would bring up conflicting observations, which required us to collaborate further and try to piece these observations together into a picture that we agreed was more accurate. These unstructured, informal, and off-the-cuff interprofessional interactions were critical, since they contributed not only to patients’ care but also to a feeling of cohesiveness and common striving among team members.

There is a cliché that what patients value most from a physician is “ability, affability, and availability.” These same traits apply to other members of an interprofessional team. Medical students and residents get very little training on the roles of each member of the clinical team. I learned by listening, participating, and observing. I learned the importance of decentering my own opinions and trying to work with others—and, in doing so, fitting my opinions into a larger framework of team-based, patient-centered care. Helping patients at their most vulnerable is anything but a solitary endeavor. Understanding patients’ complex, multidimensional functional capacities and understanding how to help is far beyond the scope of expertise of any single member of the team. We take better care of patients together.

My final manicure by my young patient occurred several weeks after we met. Any color but black, I begged her. She was stubborn, and black it was. But it was that same stubbornness that led her to use Righty for the entire task. It was a first. Our patient—the center of all our efforts—made it happen.

History of Physical Medicine and Rehabilitation and Its Ethical Dimensions

Patient- and Family-Centered Care: It’s Not Just for Pediatrics Anymore 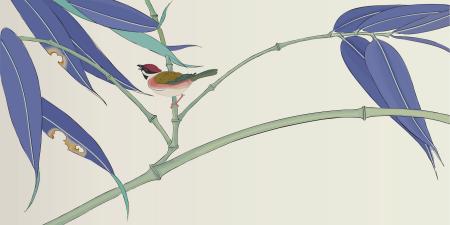 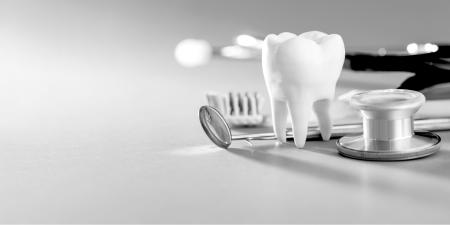 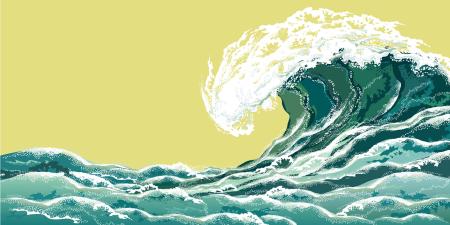 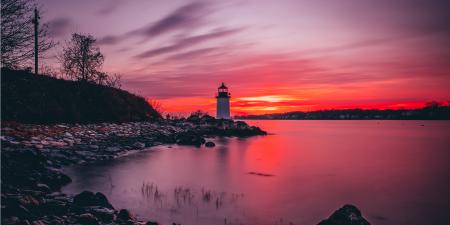