The organ shortage is one of the most pressing concerns facing the transplantation community, and the gap between supply and demand continues to widen [1]. An average of 22 people die daily in the United States awaiting lifesaving organs of all types [2]. Public policy initiatives have long aimed to increase organ donor designation, most recently through the use of educational campaigns, broadening the criteria for acceptable organs, and social network campaigns [3-6]. Yet, in 2013, the percentage of adult US residents designated as donors was less than half (48 percent) [7].

Guidance for reframing our approach to organ donation can be found in the writings of economist Mancur Olson, whose seminal work The Logic of Collective Action was first published in 1965 [8]. Olson conjectured that collective action is unlikely to occur in response to shared interests when they contradict individuals’ immediate self-interest:

If the members of a large group rationally seek to maximize their personal welfare, they will not act to advance their common or group objectives unless there is coercion to force them to do so, or unless some separate incentive, distinct from the achievement of the common or group interest, is offered to the members of the group individually on the condition that they help bear the costs or burdens involved in the achievement of the group objectives…. These points hold true even when there is unanimous agreement in a group about the common good and the methods of achieving it [9].

Under these circumstances, the problem of “free ridership” arises, with some individuals either consuming a disproportionate share of a common resource or contributing less than their fair share to the common pool [8]. Collective action problems involve activities that are vital to a community and its residents but in which individual participation conflicts with self-interest. Organ donation fits this definition because, although the benefit to community is significant, individual incentives to participate are low and free ridership is high, in that organ recipients are not required to have been registered donors. Disincentives to register include discomfort with making a donation decision, lack of motivation to register, concerns about burial, and repugnance associated with death and organ procurement [10, 11]. Assuming that we all have some unknown risk of needing an organ, having the largest possible reservoir of organs could benefit everyone by reducing preventable deaths, and a smaller pool increases the likelihood that those waiting for organs will die.

In the United States, the ability of physicians to treat patients facing organ failure is largely dependent on public willingness to supply treatment—that is, to donate organs. This reliance on voluntarism raises the following questions: What obligations arise for physicians and other stewards of public health in addressing a problem, such as organ shortages, that could affect anyone? And what types of interventions are ethically justified to increase the pool of available organs and minimize preventable deaths? To address these questions, I first examine public support for organ donation and then the moral imperative for action at the individual, clinical level, and at the systemic, public health level.

Is There Public Support for Organ Donation?

Findings from the 2012 National Survey of Organ Donation Attitudes and Behaviors demonstrate that an overwhelming proportion of US adult respondents in a nationally representative telephone survey support or strongly support organ donation (94.9 percent), as they did in surveys conducted in 2005 (92.9 percent) and 1993 (93.5 percent) [12]. Strong support for donation was significantly higher among whites and Native Americans than among those with African-American and “other” backgrounds and was significantly lower among those age 66 and older than among younger respondents. Non-Hispanics were significantly more likely than Hispanics to strongly support donation. Socioeconomic gradients were also evident; strong support for donation was significantly lower among persons with a high school education level or less than those with more education.

The proportion of registered donors is increasing but not in comparison to the overwhelming support for donation. From 2005 to 2012, the percentage of US adult survey respondents designated as organ donors on their driver’s license increased from 51.3 percent to 60.1 percent [12]. By 2012, 52.2 percent of adult respondents over age 65 were designated organ donors on their driver’s licenses; that number was just 26.3 percent in 2005 [12]. Among respondents not designated as organ donors, 36.8 percent said they had reservations about donation and 59.2 percent said they were open to considering donation [12]. The large gap between support for and commitment to donation suggests a need for strategies to encourage people to make a decision. Collective action offers one approach to increase accountability and personal responsibility associated with organ donation that could benefit the community.

Are Physicians Morally Obligated to Discuss Organ Donation with Patients?

In light of social support for organ donation, what role does the medical community have in promoting education about donation? Physicians can have a key role in facilitating education and discussion with patients regarding donation, both because of their professional ethical obligations to facilitate informed decision making and because they are well situated to have conversations about advance directives. Family physicians in particular are well positioned to overcome some of challenges unique to collective action problems [13]. First, they have established relationships of trust with patients cultivated during multiple discussions, often over the course of many years. Second, family physicians tend to see a range of age groups, including adults over 65, who comprise the smallest share of adult deceased donors but could likely donate at significantly higher rates [14, 15]. Third, family physicians have successfully promoted decision making regarding advance directives and organ donation through conversations with patients [16]. Finally, a new Centers for Medicare and Medicaid Services (CMS) policy will reimburse physicians for end-of-life discussions beginning in January 2016 [17]. Although annual visits present key opportunities for engaging patients in discussions about their preferences for end-of-life care, facilitating discussions about organ donation can be done by physicians in various specialties and settings.

Physicians are not only well positioned to effectively increase organ donation, they are also ethically obliged to encourage patients to consider it, according to the principles of beneficence and justice, in particular [18]. Because any patient’s future need for an organ is unknown, it is in all patients’ best interests to have access to the largest supply of organs possible. Relying on this conception of the principle of beneficence, physicians are morally obliged to discuss organ donation with their patients in an effort to increase the supply of organs available to them in the future should the need arise. Beyond their responsibility to individual patients and families, physicians have an additional obligation to promote justice: in this case, a chance at lifesaving treatment for all persons in need. In the context of collective action problems, this often corresponds to a duty to encourage prosocial behavior. Because of their role in promoting health, physicians are ethically obligated to encourage organ donation, rather than remaining value-neutral—both for their patients’ possible future best interest and for the best interest of society [19].

How can the principles of justice and beneficence, which require that the physician encourage organ donation, be balanced with the principle of autonomy, which requires that patients decide about treatments in accordance with their preferences and values? Ezekiel Emanuel and Linda Emanuel consider four models of patient-physician decision making: paternalistic, informative, interpretive, and deliberative [20]. Although the paternalistic approach (in which the physician recommends the treatment he or she considers optimal) does not offer enough control to patients, the informative model limits the physician’s role to that of technical expert conveying only facts, leaving little scope for physicians’ values. In the interpretative model, physician-patient interactions are meant to clarify patients’ values and preferences and help patients identify treatments that best align with their values. By contrast, the deliberative model casts the physician in the role of clarifying health-related values associated with available treatments and suggesting why certain values are worthier. Emanuel and Emanuel, who consider several models and advocate for the deliberative model as superior, note that, in this last model, “the conception of patient autonomy is moral self-development; the patient is empowered not simply to follow unexamined preferences or examined values, but to consider, through dialogue, alternative health-related values, their worthiness, and implications for treatment” [21].

Indeed, such a deliberative approach would require physicians to engage patients in discussion about organ donation and encourage them strongly to consider the moral values associated with donation. A deliberative approach has been recently taken in pediatric practices that require patients without medical exemptions to be vaccinated. In addition, new guidelines from the American Academy of Pediatrics advocate more stringent criteria for prescribing antibiotics for treatment of acute otitis media, in part to reduce antibiotic resistance [22].

What types of broader interventions are justified to increase the pool of organs? Historically, public health authorities have had a broad mandate and power to enforce, through policing powers when necessary, public participation in ensuring the safety and health of the public—especially to overcome collective action problems that relate specifically to the nature and scope of the role of the state. Illustrative examples include: Jacobson v. Massachusetts (1905) [23], in which the United States Supreme Court upheld the authority of states to enforce compulsory vaccination laws (despite the potential harms to individuals); state- or court-mandated directly observed therapy for treatment of tuberculosis [24]; and the recent instance in which a nurse who had been in contact with Ebola patients in West Africa was quarantined against her will upon her return to the United States [25]. In these cases, the state intervened to force action where inaction (and free riding) might have constituted a threat to public health. Given the levels of intervention taken by public health authorities to reduce preventable morbidity or mortality from infectious disease, perhaps similar interventions are warranted to achieve higher organ donation rates. Although mandating organ donation has generally been seen as an overreach of state authority, possible interventions to bolster social capital—a network of social connections that gives rise to norms of reciprocity—include presumed consent (or “opt-out” policies), the provision of minimal incentives for donor registration, and encouraging physicians to discuss organ donation with patients and families.

Social capital has been shown to mitigate collective action problems of free ridership by reinforcing norms supporting prosocial behavior [26, 27]. Social capital can be used to encourage prosocial behavior, and, in the case of the organ supply, could be used to increase donation. Other countries, such as Israel, have begun to promote donation by giving priority to registered donors in organ allocation [28]. The United States has long granted living donors priority on waiting lists, which expresses support for the ethical value of reciprocity [29]. A recent study of more than three million registered drivers in Massachusetts found that community-level sociodemographic and social capital variables, as measured by levels of racial segregation and violent crime, explain more than half of the variation in organ donor status in Massachusetts [26]. This study demonstrated that, beyond living in a neighborhood with low social capital, even living on the border of a neighborhood with low social capital was independently associated with lower levels of organ donor designation, even after controlling for residents’ own neighborhood characteristics. This suggests that “raising” social capital could lead to higher levels of organ donation.

The Racially Unequal Impact of the US Organ Procurement System

Does How We Ask for Organs Determine Whether People Decide to Donate?

Can Social Media Help Increase the Organ Supply While Avoiding Exploitation and Trafficking? 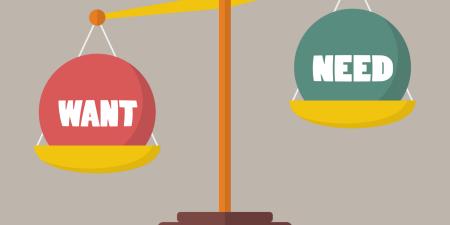 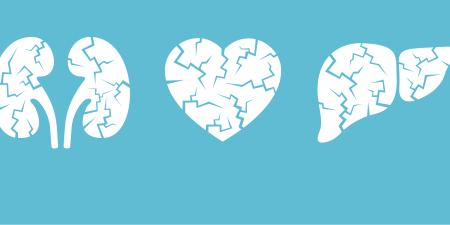 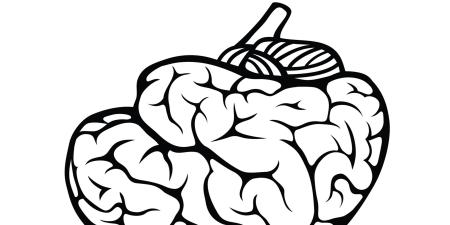