Karl is a relatively new patient in Dr. Breck’s practice. Dr. Breck knows that Karl, who is 20 years old, moved to the city from his rural hometown just over a year ago. Karl has been waiting tables and has talked about pursuing a college degree. He comes to Dr. Breck’s office complaining of a burning sensation when he urinates, but seems uncomfortable speaking about his chief symptoms.

During the course of the history, Dr. Breck asks Karl about his sexual interactions. Karl is very hesitant to speak about this, but eventually admits that he has had several unprotected homosexual encounters in the past year. Dr. Breck also asks Karl about his obvious anxiety, and Karl eventually opens up about how he left home soon after telling his family that he was homosexual. Karl states that his family was not at all supportive and that he immediately felt ostracized by his friends. He admits that much of their rejection was based on religious ideology. “I just couldn’t take their constant judgment anymore, so I decided to leave,” he says.

The physical examination leads Dr. Breck to suspect an infection, possibly a form of gonorrhea. He takes a few samples for culture to confirm his clinical suspicion and places Karl on a course of ceftriaxone and azithromycin as initial therapy. Dr. Breck schedules Karl for a follow-up visit to go over the lab results and “talk about some of the issues that might be affecting your physical, emotional, and spiritual health.”

When the results of the cultures return, Dr. Breck finds that Karl did have a gonoccocal infection with a strain that is responsive to the antibiotic therapy he prescribed. Nonetheless, Dr. Breck has his office staff confirm the follow-up appointment with Karl.

At that next appointment, Karl is relieved that his symptoms are resolving. At that point, Dr. Breck brings up his concerns about Karl’s sexual behavior and speaks about blood testing for HIV and hepatitis C. Karl seems hesitant to have any blood tests, stating that “no one I have been with would have any of those diseases.”

Dr. Breck then brings up the issue of Karl’s family and their response to his sexuality. “I understand that your experimentation with homosexuality has caused a major rift between you and your family,” Dr. Breck says, suggesting that his parents’ reaction was most likely “one of shock at seeing a child lose his way.” Dr. Breck then recommends that Karl see Dr. Talbert, a local psychotherapist and personal friend of Dr. Breck’s, well known for his work in “conversion therapy”—counseling interventions focused on eliminating homosexual thoughts and behaviors.

How frustrating it can be to have to comment when the material in the case history is sometimes so tantalizingly brief at key points. Those of us asked to respond will inevitably read into the gaps from our own presuppositions, and that of course is what this discussion on physician values in clinical decision making is all about.

When I was taking the membership examination for the UK Royal College of General Practitioners some 25 years ago, I was required to make in every primary care consultation a diagnosis with 3 elements: the physical, the psychological, and the social. As a committed Christian who often had to struggle with situations where patients’ value systems conflicted with mine (though I would have faced other conflicts had I been a committed atheist) I wanted to add a fourth element: the spiritual. Since 1998 the World Health Organization has been encouraging physicians to do so.

Until recently the health professions have largely followed a medical model, which seeks to treat patients by focusing on medicines and surgery, and gives less importance to beliefs and to faith—in healing, in the physician and in the doctor-patient relationship. This reductionist or mechanistic view of patients is no longer satisfactory. Patients and physicians have begun to realize the value of elements such as faith, hope, and compassion in the healing process [1].

This rediscovery reminds us of the historic concept of the doctor-patient relationship, that it is a covenantal one which goes far beyond the merely contractual [2]. On the (regrettably) ever more dominant contract basis, the physician is reduced to being the garage mechanic of the human body, offering a menu of options with their prices and their penalties. The patient is the customer who selects the physical fix they most feel they want at that time. But the recent WHO guidance reinforces the traditional covenantal model, and there is now a renewed recognition that it is ethical to approach our patients’ needs holistically.

The fictitious Dr. Breck handled the initial physical diagnosis and treatment correctly, and I commend him for conscientiously taking a sexual history. Sadly some physicians are still too embarrassed to broach the topic. Unfortunately he did it in the wrong way. Beyond counseling Karl about “safer sexual practices, including sexual restraint” he should have explored the wider aspects of Karl’s sexuality far more holistically. In the catchphrase of the famous British sociologist, Professor Margaret Stacey, who devoted much of her life to patient-physician relationships, Dr. Breck is an example of those many doctors who “mean well, but do badly.”

As a profession we continually need to acknowledge that our corporate and individual assumptions, presuppositions, and biases need to be remembered and reviewed. After all, we might be wrong. And that is perhaps particularly true in the highly politicized field of sexual ethics. It should be obvious (though it often is not) that secular biases are as value-laden as the religious biases we attribute to Dr. Breck. The imperative to review and acknowledge the effects of our beliefs and values on patients binds all physicians—Dr. Breck and those whose biases differ from his.

Let me end with Karl, because I think so far we have not really considered him adequately. He is the patient who came for help. He is the one who should be receiving compassion in the healing process. What approach best respects his autonomy? What approach most recognizes and increases his sense of dignity? It strikes me that, after the initial treatment of his infection, what this young man most needed was a good listening-to.

So far, it sounds like he’s only had good talkings-to—from his family who were “not at all supportive,” his friends who “ostracized” him, from Dr. Breck who uses the language of “major rift” and “shock” and possibly recommends “conversion therapy,” and, perhaps, from a gay community interested in recruiting members and molding their individual identity in order to maintain the community’s corporate identity.

Letting Karl tell his story, and listening to him in a nonjudgmental way, would in itself have helped him to understand himself more and explore his options. If he then chose, in the way of fully informed consent, to continue living according to a value system that conflicted with the physician’s, then the physician has to accept that. But at least their relationship would have some of that holism the WHO encourages, and would probably continue healthier for both of them. 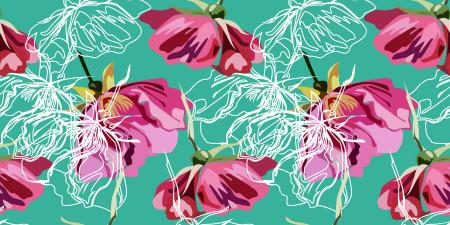