Native American women and femme-identifying individuals are twice as likely to be sexually assaulted as members of the general population. Given the high prevalence of violence experienced by members of this community, health care professionals and support staff must better understand social determinants of violence, barriers those experiencing violence face when seeking health care, and actions they can take to promote and implement change within systems that improve services.

There is a high prevalence of sexual violence among Native American women. A recent study found that 94% of homeless women residing in Seattle who self-identified as Native American reported experiencing coercive sex or rape during their lifetime.1 In a nation-wide survey of American Indian women, 34% reported being raped during their lifetime,2 confirming that this is not a localized phenomenon specific to the Pacific Northwest. Overall, Native American women are roughly 3 times more likely to be raped or sexually assaulted than the general population of women in the United States.3

With increased exposure to violence comes increased health complications stemming from it: Native victims of intimate partner violence and family violence are more likely to be injured and hospitalized than other victims of such violence in the United States.4 Abuse and violence can also leave scars not visible to the naked eye, with many studies reporting higher rates of posttraumatic stress disorder (PTSD) in American Indians and Alaska Natives than in Whites.5 PTSD influences not only mental health but also physical health, with patients reporting increased substance use, physical pain, and other general health conditions comorbid with the disorder.5 Trauma can also leave a more insidious mark on Native families in the form of historical trauma, which can be defined as “a source of intergenerational trauma responses” caused by long-term and ongoing distress and abuse within communities and families.6 To better understand historical trauma and its impact on violence in Native communities, we must first understand the relevant history and current-day impact of colonization and settler-colonial policy.

Michele De Cuneo, a shipmate of Christopher Columbus, aptly summarizes how colonizers of the Americas treated Indigenous women from the beginning in a diary entry dated 1495:

I took a beautiful Cannibal girl and the admiral gave her to me. Having her in my room and she being naked as is their custom, I began to want to amuse myself with her. Since I wanted to have my way with her and she was not willing, she worked me over so badly with her nails that I wished I had never begun. To get to the end of the story, seeing how things were going, I got a rope and tied her up so tightly that she made unheard of cries which you wouldn’t have believed. At the end, we got along so well that, let me tell you, it seemed she had studied at a school for whores.7

This diary entry clearly manifests the theme of colonizers treating Indigenous women as nothing more than sexual objects for their pleasure, to be ultimately disposed of as if some novel toy. Ultimately, the destruction and violation of Indigenous bodies and lives are rooted in colonization. Colonization can be defined as settlers coming in and taking control of people or resources that they are not indigenous to and inserting structures that maintain the continuous control over the Indigenous resources or people.8 This process often has a toxic impact on Indigenous peoples that includes cultural or physical erasure, genocide, forced assimilation, and disenfranchisement, be it through outright or structural violence.

Trauma can also leave a more insidious mark on Native families in the form of historical trauma.

In 1978, the federal case of Oliphant v Suquamish ruled that tribes could not prosecute cases in which non-Indian persons were involved, even if the case involved a tribal member or tribal descendent on tribal grounds.9 This ruling created a unique policy gap that made it impossible for tribal police to investigate and prosecute violence perpetrated by non-Native people on Native people. It is reported that as many as 88% of abusers of Native women are non-Native themselves,9 which puts the majority of perpetrators out of reach of tribal jurisdiction.10 In a retelling of a story of a Native woman attempting to flee her abusive non-Native husband, it was related that the woman attempted to go to the tribal police, who told her that there was nothing they could do because of their lack of jurisdiction in cases involving non-Native people and that she would have to report the abuse to the federal government.10

There were approximately 35 years during which tribes could not prosecute non-Native offenders of violence; this legal “loophole” incentivized violence against Native women and disempowered tribal jurisdictions to protect their citizens. Given that 3 of 4 Native women experience violence or abuse3 and 1 of 3 Native women is raped during her lifetime,3 Oliphant v Suquamish left a particularly vulnerable community even more so by creating an environment in which it is unlikely that women could get help or prosecute their perpetrator, as tribal police could not take action and the federal government would likely not investigate the matter.

In 2013, the Violence Against Women Reauthorization Act (VAWA 2013) attempted to address the gap in policy that prevented the prosecution of non-Native persons who perpetrated violence against Native women. Under Title IX of VAWA 2013, tribal court-issued orders of protection were now recognized outside of reservation lands, increased funding was given for the development of resources to address violence in communities, and tribes were given back limited jurisdiction to prosecute perpetrators in dating violence cases that involved a known non-Indian partner.4 However, these new policy additions are not fully comprehensive and fail to include child victims or victims of human trafficking.

While VAWA 2013 adds protections for Native women against abuse and violence, tribal courts lacked jurisdiction for prosecuting crimes against children and “violence against women committed by a non-Native stranger.”11 VAWA 2013 only allows tribes to prosecute a non-Indian status person if that person has sufficient ties to the reservation, such as working or living on it.11 While a major loophole was closed and some tribal autonomy was restored by the act, this rigid and specific set of guidelines left out many situations and perpetrators that could potentially be prosecutable. If perpetrators of violence against Native American women know that they are essentially legally invisible and bulletproof from prosecution, what is stopping them from specifically targeting Native women for assault, coercion or, in the most extreme cases, murder? Would a tribe consider an acquaintance a stranger, or would the acquaintance be considered as having sufficient ties to the tribe for prosecution? The act left a large legal gray space that could be negatively interpreted and reduce tribal ability to prosecute.11

Furthermore, the underfunding of health programs does not fully empower tribal communities to take action. For example, the Indian Health Service has in some years been underfunded by nearly 50% and cannot fully provide adequate support services to Native victims of violence and sexual assault.12 Underfunding limits access to care that could aid in the prosecution of the assaulter (ie, rape kits or training for medical staff on sexual assault protocol or kit administration) and limits access to healing resources, such as medical assistance for physical trauma and therapeutic services for mental trauma.

Underfunding health programs should be considered structural violence and oppression because a policy can influence the health and wellness of our nation’s most vulnerable and marginalized communities. Looking at the historical context of the relationship that the federal government has had with Native peoples, especially women, it can be argued that the lack of comprehensive funding, programming, or awareness to address violence against Native women, as well as the existence of legal loopholes, reflects the ideology of a Euro-settler narrative that has been present since first contact: Native women are less than human, and the only good Indian is a dead Indian.

Several things can be done to improve VAWA 2013 and its social impact on the health and wellness of Native American women. First, the stipulation that tribes must conform to the standards set by the settler-state nation for court process requirements must be rescinded. To be autonomous, tribes must be able to decide how legal recourse should take place on tribal land. Many of the issues that Native people currently face directly stem from colonization and abuses from the US government and its policies.12 Second, there are still large gaps in the legislation that leave Native people vulnerable to violence. VAWA 2013 needs to include child abuse and remove the stipulation that tribes must be able to prove that the perpetrator has “ties to the tribe.”11

These improvements would allow Native women greater access to existing resources and funding reserved for victims of violence and increased resources to be allocated to caring for Native survivors of violence. However, with the recent US Supreme Court decision in McGirt v Oklahoma upholding federal criminal jurisdiction for crimes involving Native Americans on Muskogee tribal lands,13 it is uncertain how Oklahoma tribal entities’ ability and resources to enact VAWA 2013 will be affected,14,15 making it ever more urgent to support tribal sovereignty and resources. Past and present policies are woven together, much like thorns, to prevent and deter survivors from getting the much-needed help and healing that they deserve. As health care professionals, we must understand how these policies leave lasting legacies of oppression and how we can best advocate for our patients to promote the healing and wellness of Native peoples and the future of their communities.

Who Is in Your Waiting Room? Health Care Professionals as Culturally Responsive and Trauma-Informed First Responders to Human Trafficking 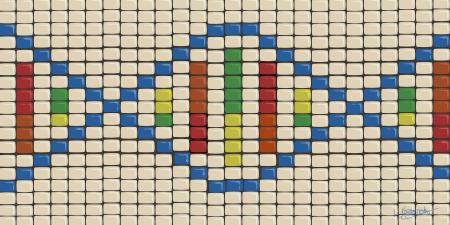 Holding Space for All of Us