Indigenous people have been studied at great length. To counter deficit-based research that can reinforce stereotypes, the National Aboriginal Health Organization introduced principles of ownership, control, access, and possession (OCAP®) to reduce historical trauma to individuals, families, and communities from research and reporting of findings. A further step in promoting culturally safe and responsible research with Indigenous peoples is to incorporate the Inuit Qaujimajatuqangit, traditional laws and principles that guide a way of life and of knowing. Based on these 2 guides, researchers and scholars should be working with Indigenous peoples to co-develop research rather than merely conducting research on Indigenous populations. By working collaboratively with researchers, Indigenous people can provide input to ensure that a project respects Indigenous culture, language, and knowledges and does not re-ignite or exacerbate historical trauma or further current colonial policies that marginalize and oppress Indigenous peoples.

Indigenous people in Canada have been the objects of colonial research that has harmed individuals and communities for generations. Much of this research was conducted without informed consent and with the investigators’ knowledge that the research itself would put those involved in the study at serious risk.1,2,3 Problems with Indigenous health research are ongoing and extensive, including Indigenous people’s forced participation; analysis, interpretation, and distribution of their data without their permission; and devaluation of their culture and erasure of colonialism’s impact on their lived experience.2,4 Deficit-based research, which shows Indigenous groups in Canada comparing poorly to non-Indigenous Canadians, has directly harmed Indigenous individuals, families, communities, and nations.5 Such research has inflicted trauma on Indigenous people through physical injury, psychological distress, and cultural harm, in addition to creating distrust of research among larger communities affected by the research.6,7 Further maltreatment has been inflicted through researchers interpreting and using the resulting data in ways that can be misconstrued and that are problematic for the subjects of the research. Primary and secondary trauma that has resulted from research on Indigenous people as subjects rather than as active, consenting collaborators has created a legacy of intra- and intergenerational trauma.

To avoid perpetuating historical trauma brought about by colonial research, Indigenous research must be conducted in collaboration with Indigenous communities and in adherence to strict ethical guidelines. Principles of ownership, control, access, and possession (OCAP®) created by First Nations,8 along with traditional Inuit Qaujimajatuqangit (IQ),9 can inform culturally safe and responsible research with Indigenous communities. These guides place Indigenous people at the center of the research process, drawing on their cultural values and promoting sovereignty to mediate harms of colonial violence. This article explores how Indigenous-led research frameworks can mitigate harms of research and promote self-determination and well-being among Indigenous people overall.

One of the most well-known examples of harmful research in Canada occurred as a result of the James Bay Survey of the Attawapiskat and Rupert’s House Cree First Nations. Following the survey, Lionel Pett, director of the Nutrition Services Division, with guidance from the Indian Affairs Branch Superintendent of Medical Services, Percy Moore, carried out nutrition experiments at 6 residential schools from 1948 to 1952.10 Interested in the capacity of nutritional supplements and vitamins to remediate effects of malnutrition, Moore and Pett maintained the diets of already malnourished children in the control group and supplemented the diets of children in the experimental group without consent from their caregivers. The results were catastrophic. The interventions were not only ineffective but caused greater harm to children-subjects than malnutrition alone, leaving them with anemia and severe dental decay.10 Additionally, we now know that chronic malnutrition experienced in residential schools is linked to type 2 diabetes and adulthood obesity, conditions unknown to Indigenous people until the 1940s and now more prevalent among Indigenous people than in the general population.11

The impact of colonial research has been pervasive throughout Canada’s history. In 1933, the residents of the Qu’Appelle reserves in southern Saskatchewan were identified as a trial population for the bacille Calmette-Guérin (BCG) vaccine against tuberculosis (TB).12 Indigenous people in Canada are at a higher risk for TB and many other illnesses’ morbidities as a result of colonization. And such was the case for residents of the Qu’Appelle reserves, where limited resources and food, along with poor living conditions, affected and continue to affect13 health and well-being. The research did not acknowledge the impact of colonialism on Indigenous people’s health but instead was rooted in the racist assumption that Indigenous people’s “primitive” nature made them vulnerable to TB.12 The dissemination of research findings on the vaccine’s efficacy thus failed to improve public understanding of how existing disparities between Indigenous and non-Indigenous groups—in living conditions and access to health care services, for example—contribute to TB’s transmissibility.

To avoid perpetuating historical trauma brought about by colonial research, Indigenous research must be conducted in collaboration with communities.

These examples underscore how social determinants of health are historically situated and are ethically fraught for a number of reasons. Studies like the nutritional experiments in Canadian residential schools and the Qu’Appelle BCG vaccine trials illustrate how colonial research frames Indigenous people as “objects” of study for the benefit of non-Indigenous people; non-Indigenous academicians who research Indigenous people benefit in their careers, but Indigenous people do not necessarily benefit. Moreover, findings of deficit-based research that assume Indigenous inferiority can reinforce colonial ideals and false negative stereotypes by being absorbed into mainstream knowledge.

Nothing About Us Without Us

Inuit communities have derived a similar research ethics framework from IQ, translated from Inuit traditional knowledge. IQ guides research with Inuit people in ways that uphold 8 core values, presented in the table below.14 IQ is widely implemented to promote respect for Inuit people’s autonomy, and it ensures that researchers approach research in a culturally safe and respectful manner.15 Every research project conducted with Inuit people is expected to engage elders, knowledge keepers, and community representatives before it is initiated.

OCAP and IQ are important guidelines for helping researchers work collaboratively with Indigenous people to promote self-determination; to incorporate Indigenous voices into knowledge acquisition, translation, and dissemination; and to benefit Indigenous communities. These guidelines also promote strengths-based research, which follows many Indigenous teachings and empowers the community by drawing attention to Indigenous strengths.

Nevertheless, building relationships, which is the first step in Indigenous research, is often a challenge to researchers, as it takes time; what is important to relationship building is not simply a set of emails or phone calls, but rather attending ceremonies and feasts.16,17,18 Many researchers have not encountered this approach to engaging the participants or subject they wish to examine. In academic settings, relationships with participants can be built quickly and thus do not “cost” time, effort, or possibly money.

Another challenge to ethical Indigenous research is that funding sources, like the federally funded Tri-Council (Social Sciences and Humanities Research Council, Canadian Institutes of Health Research, Natural Sciences and Engineering Research Council) in Canada, establish parameters for grant opportunities that might not align well with an Indigenous community’s current realities or needs. Many Indigenous worldviews are centered on the interconnectivity of all in creation, including different aspects of self (physical, mental, spiritual, and emotional).19,20,21,22,23 Previous research has shown that concepts of Indigenous health and education are interconnected and should be examined holistically, not as separate or unique variables.20,24 As such, funding cannot be siloed and should encompass health, humanities, social sciences, and physical and life sciences. Funding opportunities that do not allow for this diversity of approaches present a challenge to researchers who rely on grants as part of their academic metrics showcasing their productivity. These funding opportunities continue to rely on researchers predetermining their research agendas at the cost of excluding Indigenous communities’ input, which in turn limits the usefulness of the results or, worse, causes further harm by reinforcing false negative stereotypes.

OCAP and IQ are salient to Indigenous health research because they put guiding principles of Indigenous ethics into practice; however, they are not prescriptive. Creators of both OCAP and IQ rightfully acknowledge their respective frameworks are not all-encompassing and that their application might differ among nations. However, the utility of both frameworks is their ability to guide research in an ethical and safe way. Employed in American Indian health research settings, frameworks like OCAP and IQ can mitigate harm and uphold autonomy and jurisdiction among American Indian people. In fact, the way that Indigenous ethical frameworks such as OCAP and IQ accommodate the variability and uniqueness of Indigenous communities is one of their strengths. 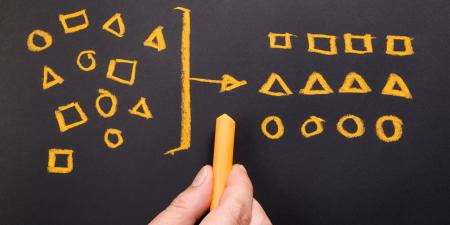