School shootings, workplace meltdowns, domestic violence, bullying, criminal behavior, predatory sexual misconduct, the list goes on, and the central question remains: why did they do it and, more importantly, will they do it again? Forensic psychiatrists are increasingly called upon to evaluate what seems to be an ever-growing number of persons exhibiting violent and aggressive behaviors for the purpose of assessing the risk of future danger.

Predictions of future dangerousness have undergone much scrutiny over the past 20 years with considerable focus on the accuracy and reliability of such attestations by experts. This is understandable since the result of such courtroom testimony may lead to commitment to or retention in a psychiatric hospital (civil) or detention in a correctional facility (criminal) due to dangerousness or, alternatively, release back to the community.

Denial of a person’s liberty—whether by civil or criminal proceedings—is a serious matter. The ability of the government to abridge individual freedom arises from one of two powers codified in the United States Constitution [2]. First, the government is responsible for protecting its citizenry from the harmful acts of others. This is known as its “police power.” The primary goal of “police” civil commitment is protection of others rather than the patient.

The denial of liberty requires adherence to the strictest applicable standards of law. Consequently, civil commitment laws may be justified under either of these governmental powers as long as they meet the respective requirements to “police” or to “parent” [3]. State statutes rewritten in the past two decades have placed less attention on the principles of parens patriae and more on the police powers of the state.

When considering the admissibility of expert predictions of future dangerousness, courts have traditionally applied the test for scientific evidence articulated in Daubert v. Merrell Dow Pharmaceuticals, Inc [4]. This 1993 decision of the U.S. Supreme Court changed the standard for admissibility of expert testimony which until then relied on the Frye test or the general-acceptance test [5]. Frye admissibility was based on the expert’s credentials, experience, skill, and reputation with the expectation that any faults in the expert’s conclusions would be exposed through cross-examination.

Under Daubert, a trial judge has a “gatekeeping” duty to rigorously scrutinize evidence to determine whether it meets the requirements of Federal Rule of Evidence 702. This rule states that

a witness who is qualified as an expert by knowledge, skill, experience, training, or education may testify in the form of an opinion or otherwise if (a) the expert’s scientific, technical, or other specialized knowledge will assist the trier of fact to understand the evidence or to determine a fact in issue,… (b) the testimony is based upon sufficient facts or data, (c) the testimony is the product of reliable principles and methods, and (d) the witness has applied the principles and methods reliably to the facts of the case [6].

In 1999, the U.S. Supreme Court in Kumho Tire Co., Ltd. v. Carmichaelheld that the gatekeeping obligation imposed upon trial judges by Daubertapplies to scientific testimony as well as to expert opinion testimony [7].

A consequence if not a driving force of the pendulum swing away from benevolence and toward the protection of others has been increased attention to an individual’s dangerousness, with the operative presumption that dangerousness is often the result of a mental illness. But dangerousness is not always the result of mental illness. Individuals who commit violent or aggressive acts often do so for reasons unrelated to mental illness. The contract killer, for example, who murders to receive payment for services rendered and the aspiring gang member whose right of passage requires taking the life of another do so with full knowledge of the nature and consequence of their actions. Their motivation is the benefit derived by the act unencumbered by any impairment of mental capacity.

Research, in fact, confirms the error in associating dangerousness with mental illness, showing that “the vast majority of people who are violent do not suffer from mental illnesses [8]. The absolute risk of violence among the mentally ill as a group is still very small and…only a small proportion of the violence in our society can be attributed to persons who are mentally ill” [4]. Violence is not a diagnosis nor is it a disease [9]. Potential to do harm is not a symptom or a sign of mental illness, rather it must be the central consideration when assessing future dangerousness.

In reality, no one can predict future dangerousness precisely and with absolute certainty. Assessments of future dangerousness therefore may be more accurately described as the identification of factors associated with potential dangerous behavior by a given individual. In making such an assessment, the clinician should be able to articulate measures necessary to a management plan that minimizes the identified future risks. Hospital emergency rooms, outpatient departments, general psychiatric in-patient wards and day hospitals all demand their own particular clinical justifications [10].

Clinicians are often unaware that they make predictions about future dangerousness every day. For example, any physician who has made a decision about whether to release a disruptive patient from the emergency room, commit a patient to hospital for psychiatric evaluation or treatment against his or her will, or to release a patient from hospital after such treatment [11] has made an implicit prediction about future dangerousness. So have nurses who determine what level of staffing and supervision is necessary on a given ward or social workers who investigate child abuse and neglect allegations [12].

In the provision of patient care, psychiatrists and psychologists must make predictions about future dangerousness. The legal duty of a psychiatrist or psychotherapist to warn an identifiable victim of a patient’s serious threat of harm has been well recognized in U.S. jurisprudence and clinical practice since the Tarasoff case of 1976 [12]. In this famous court case, a psychologist was held to have a duty to warn the woman whom his patient had confessed an intention to murder, which he later acted on.

An individualized assessment of the risk of future dangerousness requires the acquisition of considerable data from which conclusions may be drawn. Understanding the context, opportunity, frequency, intensity, and severity of past dangerous behavior; identification of circumstances and stimuli that trigger dangerous behavior such as substance abuse or intoxication, paranoid psychosis, work conflicts, economic problems, interpersonal relationship difficulties, or loss of loved one (real or imagined), and recidivism are some examples of information essential to a competent and reliable risk assessment.

Views of a clinician’s ability to predict who will be dangerous in the future have become polarized along a methodological lines. Approaches have been broadly categorized into three groups: actuarial, clinical, and structural clinical judgment.

Actuarial approaches attempt to assess individual risk using information derived from group data rather than from an individualized assessment of dangerousness. Its accuracy in predicting rare events is low because its prediction is limited to those who are similar to the population from which the actuarial data were drawn. No clinical input is required to calculate the risk score mathematically, only translation of relevant material from the records. Proponents contend that actuarially derived decisions should replace existing clinical approaches because the former are devoid of clinician bias. Others argue, however, that risk assessment based solely upon actuarial methods raises concerns about public safety, compliance with peer-accepted standards of practice, inconsistency with evidence-based medical practice, and exposure to liability [13].

Advocates of actuarial approaches contend that clinical approaches provide individualized and contextualized assessments based upon nothing more than a psychiatrist’s intuition, experience, and clinical orientation. They worry that selection and measurement of risk factors could be vulnerable to individual bias and poor interrater reliability. Yet clinical approaches reportedly achieve better-than-chance levels of accuracy [14]. Clinical prediction is described as “anecdotal” or ”informal” by detractors, who conclude that it should be considered a less efficient, unsystematic version of the mathematical approach.

Structured professional judgment approaches assemble estimates of risk by  reviewing and scoring a set list of empirically validated risk factors known to be associated with violence. In this approach, structure is imposed on which risk factors should be considered and how they should be measured. The weighing of their importance into an assigned level of risk is said to be the result of clinical judgment.

Amidst this debate there seems to be less focus on improving the science of dangerousness prediction and more attention to discipline-specific scope of practice posturing. The purpose of assessing dangerousness is to determine whether an individual poses a risk of endangering self or others now or in the near future and to identify what interventions are necessary to minimize that risk. Whether that means intensifying supervision, altering medications or therapies, hospitalization, institutional confinement, or the notification or protection of potential victims, clinicians will continue to be relied upon to make such determinations and recommendations in medical and legal venues [11].

I believe there can be no substitution for a competent and reliable comprehensive clinical psychiatric risk assessment that is rooted in evidence-based practice standards for medical evaluation and that considers all relevant clinical and historical information including data from standardized risk assessment tools. Anything less would not be worth the risk. 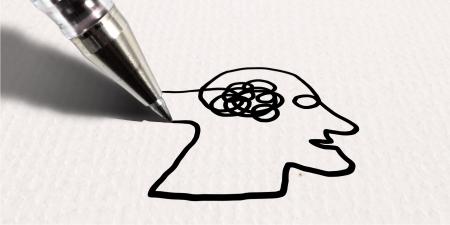 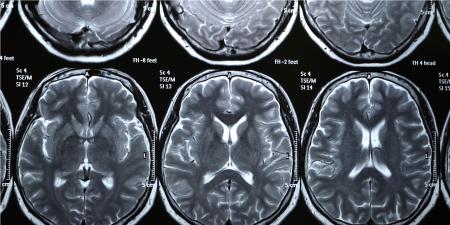