"I guess it's about that time again, Mrs. Northern. We should probably head over to pre-op and get this C-section started," Dr. Jones said. "Before we go there are a few things I want to discuss with you. Given the fact that this will be your fifth C-section, during the operation I will be evaluating your uterus for stress and damage. It's common that after repeat C-sections, scarring and potential weaknesses occur and can pose serious risks for future pregnancies. If we did identify any abnormalities, we would have a few options." Dr. Jones and Mrs. Northern spoke at length regarding the alternatives. Given the potential risk for rupture and the danger it would pose for both the mother and fetus if another pregnancy were to occur, Mrs. Northern needed to consider her options carefully.

"So basically if everything is OK through this pregnancy," she said, "I can choose to do nothing, take my chances with having another pregnancy, use some sort of birth control, or not have sex at all. The only other option would be for you to tie my tubes?"

Before Dr. Jones could answer, Mrs. Northern continued, "Honestly, Dr. Jones, I'm not sure what to do. I don't know how I feel about taking hormones for the next 20 years, and condoms and the rhythm method can fail. As a Catholic, I don't believe in abortion, so if I were to get pregnant, I would feel obligated to have the baby. Frankly, my husband and I have been having enough difficulties lately, and I'm not sure how he's going to respond to all of this, especially with the possibility that we would need to abstain from sex."

After much deliberation and discussion with Dr. Jones, Mrs. Northern decided that the only viable option would be to go ahead with the uterine isolation by means of tubal ligation if that were medically indicated. Dr. Jones felt as if he had been placed in a difficult situation, given that the delivery was taking place in a Catholic hospital. According to the ethical and religious directives that governed the hospital's practices, Dr. Jones would not be allowed to perform uterine isolation because it would be a form of direct sterilization. On the other hand, Dr. Jones faced the prospect that, if Mrs. Northern got pregnant again, her uterus could rupture and pose a serious risk to her and her fetus if he did not perform the procedure. Then there were the difficulties that the Northerns would face if nothing was done and they had to restrict their sexual relationship. Dr. Jones hoped for the best as the surgery began, fearing the dilemmas that might ensue should his patient's uterus appear to be less than healthy.

As the surgery progressed and the newborn was delivered successfully, it became clear that Mrs. Northern's uterus had sustained significant stress and another pregnancy would put her at high risk. "Dr. Jones, are you ready to close?" asked the scrub nurse.

The dilemma the surgeon in this case faces is that, although a future pregnancy in this patient could be life-threatening, Catholic moral teaching has repeatedly and consistently forbidden direct, intentional sterilization [1,2]. The issue is rendered even more perplexing by the fact that, although direct, intentional sterilization is prohibited, Catholic teaching permits medical treatment that causes sterility as an unintended side effect. Thus oophorectomy, hysterectomy, and therapies such as radiation and chemotherapy are routinely provided in Catholic hospitals whenever they are necessary to preserve a woman's health, even when they impair fertility and result in sterility. The procedure Dr. Jones is considering, tubal ligation, is less traumatic and has fewer side effects than hysterectomy. Why, then, if the patient's future health may be at risk without this procedure, should the surgeon be prohibited from providing it?

At the root of this dilemma is the Catholic understanding of human sexuality. According to Catholic teaching, sexual intercourse is intended by God to have a twofold meaning and purpose: first, the intimate union of the couple, and, second, openness to the transmission of new life. Both these aspects of human sexuality (usually termed "unitive" and "procreative") must be preserved insofar as possible, and neither may be intentionally sacrificed for the sake of the other. Thus in vitro fertilization is prohibited because it eliminates conjugal intimacy in the name of achieving conception, while contraception and sterilization are considered immoral because their purpose is to facilitate sexual intimacy without the possibility of procreation. Since Catholic teaching also rejects the notion that "the end justifies the means," our surgeon's concern for the possibility of a future high-risk pregnancy would not render the means he contemplates—namely direct sterilization by tubal ligation—any less objectionable.

Some Catholic moralists have tried to find a way out of this impasse by describing the procedure Dr. Jones is considering not as direct sterilization, but rather as "uterine isolation." They point out that Catholics are not morally responsible for unintended temporary or even permanent infertility, as, for example, during the infertile phase of the menstrual cycle, in women after menopause or as the result of necessary medical treatment.

The Principle of Double Effect

The classic moral justification for treatment that causes unintended sterility is the so-called principle of double effect, which acknowledges that every moral action has not only one, but multiple effects. Although a person is obliged to anticipate and, as much as possible, assume responsibility for the full range of consequences of any action, he or she is morally responsible only for the intended effect. Provided that an objectionable side effect is truly unintended and unavoidable, it may be tolerated for a proportionately good reason. Using this rationale some Catholic moralists have argued that the surgeon's real intention, the principal and desired effect of tubal ligation in this case, is the isolation of a damaged uterus from foreseeable threats to the patient's future health. Thus they argue that the sterilization caused by tubal ligation constitutes a permissible secondary effect in this instance.

In 1993 the Congregation for the Doctrine of the Faith, the Vatican department responsible for legislation concerning Catholic Church teaching, published a document entitled, Responses to Questions Proposed Concerning Uterine Isolation and Related Matters [3]. This document invited those involved in the controversy to be honest and clear about their intentions. Applying the reasoning set out in this document to our case, the only foreseeable danger to the patient is pregnancy, and the only factor from which the surgeon intends to "isolate" the damaged uterus is a human zygote. In other words, the primary goal of tubal ligation in this case (and, indeed, the only medical indication for any tubal ligation), is the prevention of pregnancy by direct, intentional sterilization. The Vatican document restates the immorality of direct sterilization and recommends the use of morally licit means for avoiding pregnancy if pregnancy would constitute a serious threat to the mother's health.

This case illustrates the seriousness with which sterilization is regarded in the Catholic tradition. It is interesting to note that in recent decades state and federal guidelines have also come to acknowledge the gravity of this issue through increasingly restrictive legislation. Beginning with Medicaid Title 19 in 1978, federal regulations required that sterilization be accompanied by documentation of full informed consent and by a waiting period of 30 days between the time that the patient's consent was obtained and the surgery was performed, or at least 72 hours in the case of emergency surgery or premature delivery [4]. Since then most hospitals have implemented mandatory policies that mirror these regulations. As a result Dr. Jones could be both ethically and legally prevented from performing tubal ligation in this patient, regardless of whether the surgery took place in a Catholic hospital. 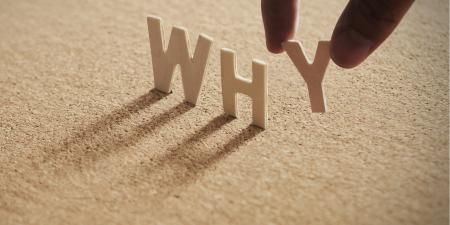 The Principle of Double Effect and Proportionate Reason