In the old days, anyone who wanted to go into medicine had to be prepared for a life of exhaustion. Before laws and regulations prohibited one-in-two call, we were rapidly conditioned to accept the idea that the life of a doctor was not only one of service, but a kind of servitude. One learned to accept being chronically sleep-deprived, called at all hours even when one was not on call, and interrupted in the middle of the night, at dinner, at the theatre, at a child's piano recital. Before the proliferation of cell-phones and Treos and BlackBerries, before drug dealers and computer repair techs routinely carried the tools of the healer, young doctors, singularly, learned to wince at the sound of anything that beeped, to grab instinctively at the belt in response to any brief, high-pitched noise. The sound didn't even have to be repetitive: we recoiled before we had time to think.

Some things have changed now. Responding to a few publicized deaths, a Harvard study, an Institute of Medicine report, and the advent of the "patient safety" movement, legislatures, regulatory agencies, and professional organizations have mandated that on-call hours be curtailed, and appropriately so. Both our lives and those of our patients are improved by the change.

Why, then, does it irk me so when a colleague organizes his practice to eliminate such intrusions completely? And perhaps more to the point, is there anything wrong—anything unethical—about refusing to go to the emergency department?

A literature search does not help with this question. Nothing is written about the subject. An online query of experts is equally unhelpful. When I put the issue to a bioethics listserv, the answers almost invariably addressed ways to induce reluctant physicians to go to the emergency department via reimbursement, regulations, and assertion of the rights of patients.

As a practical matter, doctors demand payment from the hospital to be on call for hospital emergencies, and they get it. Regulatory agencies, insurers, and malpractice carriers require that physicians provide coverage for their patients when they are not personally available, and the doctors who refuse to take ER call still do so for their practices. Medical staff regulations require members to take call until they reach a certain age or position, and members comply as long as they choose to retain their privileges.

These procedural responses miss the point. The issue, for most doctors, is not how much charity care they must give. My untested impression is that all but the most venal physicians in my own community accept that, as a matter of both professional obligation and common decency, they will sometimes be compelled to serve without pay. Nor is it the staff membership obligation, because the people who refuse to go to the emergency department skirt this problem simply by resigning from hospital staff.

In my experience, there are two reasons why doctors stop going to the emergency department. The first has to do with financial survival. Doctors in practice aren't fully reimbursed for the cost of going to the ER. Either they have to leave their office and disrupt their existing schedule—often having to cancel or reschedule other patients, which risks harming, antagonizing, or even "losing" them to other doctors—or they must leave anticipatory gaps in their schedules, which may well never be filled. This is far from trivial when expenses run well over 50 percent. Even hospital reimbursement, when it occurs, rarely makes up the difference. The second reason is intensely personal. Exhausted after years at the beck and call of those who would demand their undivided attention on what often seems to be a whim, physicians burn out or, being on the verge, feel as if they have to drop out before they do.

One might be tempted to dismiss these problems as artifacts of the unconscionable American business of medicine, but the fact is that analogous problems occur in universal, government-funded systems in both Canada and the United Kingdom. Such concerns simply cannot be dismissed without thoughtful consideration. And if those concerns are usually serious and often legitimate, why do those of us who persevere in slogging to the hospital feel so hard done by? Is it we who are the fools? And even if we are not, why should we expect others to behave like us?

The usual sort of bioethical analysis seems at first to fail: Nonmaleficence? Patients aren't hurt as long as they get the coverage and care they need, and who says doctors don't have an obligation not to harm themselves and their own families, anyway? Beneficence? Patients do get care, even if it's not from the doctor they might have preferred. Autonomy? Appropriately informed patients in an otherwise well-served community are free to go elsewhere if they don't like their particular doctor's arrangement. Justice? No problem, as long as a specific group of patients isn't singled out. So if there's no harm done to patients and no obligation abnegated, what's wrong with refusing to take ER call?

The problem with this kind of analysis is that it focuses exclusively on the patient-physician relationship, when—almost perversely, from a medical ethics standpoint—the real issue has to do with what it means to be a physician, not only in society at large, but in a community with other physicians. In the first year of residency, the fledgling doctor learns never to leave work for anyone else at the end of the day. Regardless whether you had been up all night, you did not leave loose ends for your colleagues. Two consequences ensued. First, your interdependence as physicians became obvious and central to the organization of your life, in and out of work. Second, you became more efficient, because efficiency was necessary for survival in that environment. The upside was that you and your patients got to know each other well. The downside was that you fell asleep every time you sat down; you made not infrequent, usually harmless mistakes; and every bit of your life outside the hospital suffered immeasurably until you figured out how to create some sort of so-called "balance"—which some of us never did.

In the end, most of us embraced the pain, which made us a fraternity (now gender-blind, thankfully), of which we intended to remain members for life. For the privilege and rewards of being a physician—for the social status, the financial recompense, the extraordinary opportunity to engage others intimately for the purpose of helping them, to mention only a few—we agreed tacitly that we would equitably share the burdens that fell upon us, like it or not.

From this perspective, we can understand physicians not only as objects of moral scrutiny, but as objects of moral regard. Standards and principles like nonmaleficence, beneficence, and justice (and virtue and care and others) really do apply to the problem of physicians' refusal to go to the ER—but not with respect to their impact on the physician-patient relationship. Rather, the relevant matter is the physician-physician relationship, where, for the sake of survival, the refusenik breaks the cardinal rule of reciprocity learned in the first week of internship: you don't dump work on a colleague. Under the rubric of autonomy—false autonomy at that, for who among us would be where we are if not for the help of our colleagues over the years—the physician who stops doing his or her fair share asserts tacitly that his or her needs are more important than those of colleagues. Sharing call is ultimately not just a matter of being a good "service-provider" (that odious term) in the era of modern medicine. It's a matter of respect for those without whose collaboration we would never have been able to provide much of anything: to ourselves, to our patients, or to those with whom we create our private lives. 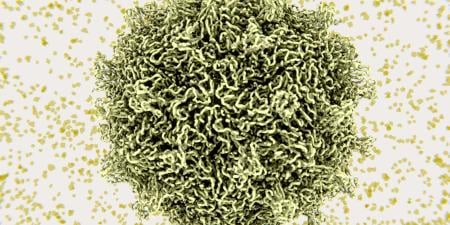 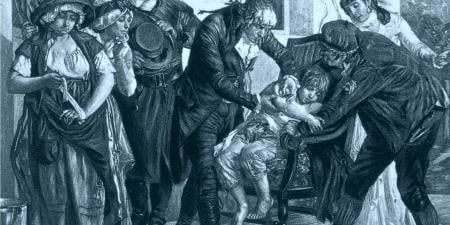