Fibromyalgia (FM) is a condition characterized by the presence of chronic widespread pain and tenderness upon light manual palpation [1]. It has been estimated to affect as many as 10 million Americans and occurs disproportionately among women [2]. Although references to FM appear in medical literature as early as the turn of the 20th century, it was not until 1990 that the American College of Rheumatology (ACR) formalized the classification criteria for FM (table 1). In addition to chronic pain, patients typically experience a variety of other symptoms involving multiple body systems (table 2) [1, 3].

While FM has been historically considered a musculoskeletal disorder, research conducted over the last 2 decades has increasingly implicated the central nervous system as the seat of FM pathophysiology. Among the most important objective findings associated with FM are abnormalities on sleep electroencephalograms (EEG) [4]; abnormal cerebrospinal fluid concentrations of a variety of neurochemicals related to pain modulation [5-7]; abnormal brain activation in response to noxious stimulation as demonstrated by functional magnetic resonance imaging (fMRI) [8, 9]; an acceleration of normal, age-related cortical brain atrophy [10]; and a disruption of dopaminergic neurotransmission as demonstrated by positron emission tomography (PET) under baseline conditions and in response to tonic pain [11, 12].

Patients with FM comprise a substantial subpopulation in the primary care setting. The astute clinician should therefore maintain a relatively high index of suspicion for its presence. The first clue may be the difficulty that members of the clinical staff have in eliciting a single chief complaint, given that patients are commonly beset with multiple symptoms involving a variety of systems. A history of present illness typically reveals the insidious onset of a classic constellation of symptoms that includes flu-like achiness, fatigue, muscular stiffness, and chronic early/middle insomnia. To meet formal diagnostic criteria for FM, a patient must have had pain for at least 3 months on both sides of the body and above and below the waistline [1].

Fibromyalgia is commonly considered to be a stress-related disorder due to its frequent development following stressful life events, which may include physical trauma (e.g., motor vehicle accident, often involving neck injury), environmental exposures, infectious illness, or extreme psychosocial duress [13]. Many of the symptoms of the disorder (including pain) wax and wane in severity, and the experience of additional stress is implicated in symptom exacerbation. Other features to look for are complaints of cognitive dysfunction (e.g., difficulty concentrating, difficulty staying on task, or "environmental overload"), sensitivity to light or sound, functional bowel disturbances, ocular complaints such as dry eyes or difficulty with accommodation (i.e., changing focus), and a history or clinical evidence of anxiety or affective disturbance [3].

Once suspected, a diagnosis of FM is confirmed by conducting a manual tender point examination, which, according to the ACR guidelines, entails the application of pressure of 4 kilograms (typically using the thumb pad of the examiner's dominant hand) to the prescribed tender points. It may take some practice to calibrate one's thumb pressure to 4 kg of force. One way to approximate the pressure is to press your dominant thumb into the opposite palm—the pressure at which the nail bed blanches is roughly 4 kg of force. For the test to be considered positive, the examined area has to be painful rather than just tender.

While no laboratory test exists to confirm the diagnosis, there are some studies that may help to identify contributing factors and may, in turn, aid in management. A screening battery of laboratory tests might therefore include:

The differential diagnosis of chronic musculoskeletal pain and fatigue is lengthy. There are several relatively common conditions that should be given primary consideration. Comorbidity of FM with rheumatologic illnesses is relatively common, and screening for these is warranted when history or physical examination findings are suggestive. Classic red flags such as weight loss or frequent unexplained infections require specific evaluation. Referral for polysomnography to rule out obstructive sleep apnea (OSA) is recommended when profound fatigue and cognitive dysfunction are present.

A number of other common comorbidities are also associated with FM, the effective management of which may alleviate overall symptoms. For example, myofascial pain syndrome (MPS) is a distinct clinical entity in which the development of discrete areas of exquisite pain (i.e., trigger points versus tender points) causes radiation of pain in stereotypic patterns. MPS may be treated with trigger point injection or manual therapy [14]. Irritable bowel syndrome is likewise common. Recent data suggest that small intestinal bacterial overgrowth, which contributes to bowel dysfunction, is common in FM and that its eradication with antibiotics can therefore be useful in relieving symptoms [15].

Screening for the presence of neuropsychiatric illness can also be fruitful. When psychosocial issues are identified as contributing factors, a behavioral specialist may help the patient with conflict resolution and development of coping skills [16]. Increased rates of anxiety and depression are well known. The biology of depression is distinct from that of FM, and some pharmacological strategies to alleviate depression (i.e., with serotonergic antidepressants) may offer only limited pain relief [17].

Light aerobic exercise ranks as one of the most effective treatments of FM [18], but patient adherence to exercise regimens has been known to be problematic. Programs tailored to an individual's level of fitness and offered in a structured environment may help with compliance. Cognitive behavioral therapies have also demonstrated utility in managing symptoms [15]. The availability of qualified community resources for behavior and lifestyle therapies can be a limiting factor. Other nonpharmacological interventions that may be useful are weight management, smoking cessation, stress reduction, and dietary interventions [19, 20].

Among the more frustrating aspects of managing FM for clinicians has been the absence of a medication specifically indicated for its treatment. Traditional pain medications (e.g., acetaminophen or nonsteroidal anti-inflammatory drugs) have no utility in FM, although they may alleviate pain associated with comorbid arthritis or inflammatory disorders. To date, the only agent approved by the FDA specifically for the treatment of FM is pregabalin (Lyrica), an atypical anti-epileptic that works, we think, by inhibiting the release of pain-related neurotransmitters [21]. Other classes of medications that have been effective in controlled clinical trials include trycyclic antidepressants and related agents (e.g., amitriptyline, cyclobenzaprine) [22, 23], mixed serotonin/norepinephrine reuptake inhibitors (e.g., duloxetine) [24], dopamine agonists (e.g., pramipexole) [25], and the sedating hypnotic sodium oxybate [26]. There is also considerable evidence for the utility of tramadol, a weak mu-opioid agonist with prominent activity as a mixed norepinephrine/serotonin reuptake inhibitor, in alleviating pain and improving quality of life [27].

Source: The American College of Rheumatology 1990 criteria for the classification of fibromyalgia. Report of the Multicenter Criteria Committee.

Table 2. Common symptoms in fibromyalgia in addition to pain 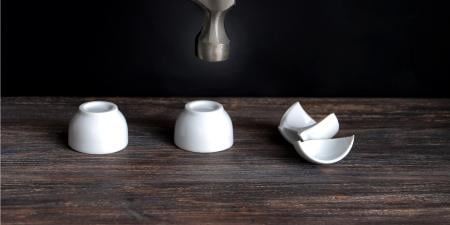 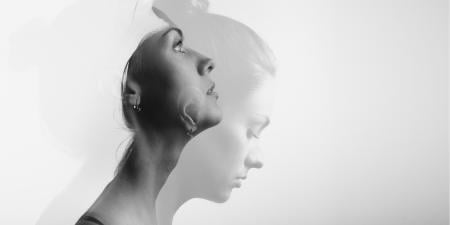