"Come on in, Travis," said Dr. Kennedy. "Looks as though that could be a nasty scrape."

"Yeah, well thanks for working me in," said Travis, holding a bloody bandana to his head. "We're laying sewer pipe for the city and the crane operator can't see us too well. A pipe grazed me going down," he said. "I guess my timing's off today. It kind of rang my bell."

"Let me take a look." Dr. Kennedy, examined his temple and the skin around the orbital area and eye. "I can patch this up for you, and then we'll send you for some X-rays."

While he was at work on Travis's temple, Dr. Kennedy asked for more information about the accident. "Why is your timing off? Are you getting enough sleep? Were you hung over?"

"How many drinks do you have in a week?" Dr. Kennedy asked calmly.

"I don't know. I don't count'em. Three or four a day maybe. Not on the job, though." Travis replied.

"Well I smell whiskey on your breath now and I'm worried. You could have gotten a concussion down there today—or worse."

"Easy on the sermons, OK? The other guys bought me one for the pain today. I can handle the drink," Travis said.

"OK, Travis," said Dr Kennedy, exasperated. "But we need to see what problems you're having that could be related to your drinking. You might need to cut back, and some people need to do that under supervision."

The case presented here is a perfect opportunity for a brief intervention about the patient's alcohol use. The most successful brief intervention trials have been based on the principles of motivational interviewing described by William R. Miller and Stephen Rollnick [1]. Motivational interviewing is designed to enhance a person's intrinsic motivation to change behavior through skillful reflective listening on the part of the professional. The hallmark of most successful brief interventions is that they are nonconfrontational and give the patient the opportunity to come up with his or her own reasons, motives, and methods for change. Although in this vignette Dr. Kennedy may be concerned and well intentioned, his style of questioning and his immediate assumption that Travis needs formal alcohol treatment lead to a difficult conversation without the desired outcome.

Dr. Kennedy starts by asking three questions in a row, two of which are presumptuous of Travis's condition: "Why is your timing off? Are you getting enough sleep? Were you hung over?" Rather than waiting for the response to the open-ended, "Why is your timing off?" which would give the patient the opportunity to discuss the potential "whys" such as his alcohol use, the rapid firing and automatic assumptions that the patient was either tired or hung over have engendered some resistance.

Dr. Kennedy then immediately flows into questions about the patient's alcohol consumption. Travis states that he thinks he has three or four drinks at a time but seems resistant or reluctant when he states, "I don't know. I don't count 'em," and then tries to clarify his drinking by stating "not on the job though." At that point, Dr. Kennedy does not follow up on the notion that Travis clearly thinks drinking on the job is not OK. Dr. Kennedy goes on to offer information about alcohol treatment without asking Travis if he wants it, thinks he needs it, or is ready for it.

Instead of taking his cues from Travis or waiting to hear the answers to his questions, Dr. Kennedy says, "Well I smell whiskey on your breath now and I'm worried. You could have gotten a concussion down there today—or worse." Although he expresses concern, he is also accusatory, again engendering resistance rather than eliciting the information he seeks from Travis who responds with, "Easy on the sermons, OK? I can handle the drink." Travis is made to feel that he is being yelled at and lectured to by a person who seemingly is not at his level but who speaks from a top-down position as a parent might to a child. Dr. Kennedy not only assumes that Travis is drinking, but also that he does not know the potential consequences of drinking on the job or even of his head injury. The idea that only the doctor knows what is going on (that drinking occurred before the injury and that head injuries can be bad) will not motivate Travis to change his behavior. Dr. Kennedy is judging him and trying to force him to admit to drinking on the job rather than letting Travis tell him what happened and how episodes like this could be avoided in the future.

There is ample opportunity even at this point in the conversation to reverse the negative tide and to let Travis describe what happened, or even to get him to expand on and acknowledge that he might have some alcohol tolerance issues, as seen by his saying "I can handle the drink. "Unfortunately, the conversation deteriorates further when an exasperated Dr. Kennedy says, "OK, Travis, but we need to see what problems you're having that could be related to your drinking. You might need to cut back, and some people need to do that under supervision." Dr. Kennedy is once again jumping way ahead of the patient's readiness. Travis has just finished saying what he believes: he only has about three or four drinks, doesn't drink at work, does not want to be lectured to, and can tolerate his alcohol. He does not seem to associate his drinking with his injury, nor does he believe that his drinking places him at risk for future injury.

To force this patient into action and expect him to be ready to sign up for treatment when he is showing no signs of readiness will not bring about the desired results. Although Dr. Kennedy may want to reach an agreement about the need for behavior change, he should spend his time helping Travis decide why this would be in his best interest while increasing his motivations, readiness, and confidence for such a change. Dr. Kennedy should let Travis come up with reasons and ways to modify his behavior that work for him. Dr. Kennedy now must undo all of the resistance that has come about purely from his conversation style.

Does Dr. Kennedy Have a Duty to Disclose his Findings to Travis's Employer?

Dr. Kennedy has no evidence that Travis is endangering his life or causing imminent harm to others. The only legal question in our case is whether Dr. Kennedy should report Travis's visit and its discovery to his employer, since this is a job-related injury. Unless the employer has a zero-tolerance policy regarding alcohol consumption on the job or one that specifies that workers will be tested under certain conditions (e.g., for all workplace injuries), physicians are not allowed to report suspicion of intoxication. Patient confidentiality should only be overruled in this case if Travis consented to such policies when he decided to work for the company.

State laws vary about whether workplaces must be alcohol and drug free and whether benefits can be denied based on a positive test. If the patient is intoxicated on the job, and the employer's health insurance is paying for the visit to the doctor, then the employer probably has the right to know that the patient is intoxicated. The employer may then be able to offer an employee assistance program but also, depending on the state and company, may be able to deny health care benefits. Six states have mandatory reporting for intoxicated drivers or members of professions in which licensure is affected. Federal law has specifically protected substance abuse to encourage those with problems to seek treatment and avoid the stigma and implications of reporting in these instances. This federally protected information can only be released under court order.

In the absence of company zero-tolerance and testing policies of the sort described above, it would be unethical for Dr. Kennedy to threaten Travis with reporting his alcohol consumption to his employer. But Dr. Kennedy has so botched his communication with Travis that he now must work to establish a better rapport with him and learn whether his alcohol use indeed contributed to his injury or places him at risk for other adverse events (whether due to drinking on the job, being hung over, or even being out late and sleep deprived). If the assessment is that Travis is at risk and wants to hear about some ways to help himself, then they can continue to discuss options for treatment. If Dr. Kennedy deems Travis at risk from his drinking, it is certainly appropriate for him to advise Travis to quit, cut down, or even to seek further treatment. This should be done by expressing concern for Travis's well-being rather than by issuing an order. Dr. Kennedy must also make himself and Travis aware of any obligation that he has to the company that Travis works for and of any duty to report that he has because of the workplace injury. 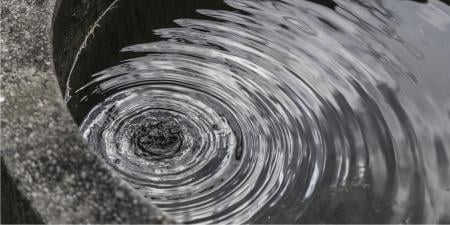 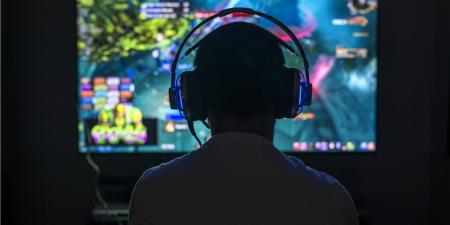