When disability is defined by behavior, researchers and clinicians struggle to identify appropriate measures to assess clinical progress. Some choose the reduction or elimination of diagnostic traits, implicitly defining typical appearance as the goal of service provision. Such an approach often interferes with more meaningful, person-centered goals; causes harm to people with disabilities; and is unnecessary for dealing with traits that are intrinsically harmful or personally distressing, such as self-injury. Disability stakeholders should reevaluate outcome measures that seek to eliminate disability-related traits that are stigmatized but not harmful. Using autism and the emergent neurodiversity movement as a case study, this article explores ethical challenges in selecting outcome measures in behaviorally defined disability diagnoses.

Many disabilities are diagnosed through biomarkers. Others can only be identified via behavior. Particularly in the latter context, clinicians and researchers often seek specialized instruments to assess service-provision outcomes. Measures are not neutral, however. They carry their creators’ value judgments.

In some conditions defined by behavior, a disturbing trend has emerged: researchers, clinicians, and paraprofessionals are using measures that prioritize reducing diagnostic traits that are neither harmful nor personally distressing, defining typical appearance as the goal of service provision.1,2,3 Such thinking ignores the stress that passing for normal places on people with disabilities and fails to consider the ethical dimensions of behavior modification in response to stigma.4,5 This article explores ethical problems with using diagnostic trait reduction as an outcome measure, drawing on autism as a case study.

Some approaches to autism intervention, such as applied behavioral analysis, emphasize making autistic people (the term preferred in the autistic community)6 “indistinguishable from their peers.”7,8,9 This approach defines success as typical behavior, such that a person no longer meets diagnostic criteria for autism.

Autistic adults have criticized this promotion of indistinguishability through the neurodiversity movement, which argues that autistic traits are not inherently in need of correction and that the goal of autism service provision and research should not be to make autistic people nonautistic.10,11 Neurodiversity advocates critique interventions that seek to suppress autistic traits in favor of “passing” (ie, attempting to hide stigmatized identity by pretending to be a member of the unstigmatized majority).12 In both disability and nondisability contexts, passing has been associated with significant harm.12,13 Efforts to pass have been identified as a risk marker for suicidality in autistic adults.14 Such “camouflaging” is also associated with other mental health challenges.15,16,17,18 One contributor to the Autistic Passing Project, a collection of autistic adults’ experiences with passing, shares: “I am actually at a point now where I rarely leave the house because I don’t have the energy to pass.”19 Another adds: “These days i am pretending to be normal for them not myself and thats what hurts [sic],” adds another.20

Despite these serious ethical problems, autism outcome measures often prioritize the reduction of diagnostic traits.2,3 The burden has been on critics to show that any given autistic trait does not require suppression. But the opposite should be true: because passing demands impose harm, clinicians and paraprofessionals should instead default to avoiding them, making exceptions only when doing so is: (1) necessary to prevent harm and (2) the least onerous path to preventing harm for the autistic person.

When a behavior is intrinsically harmful, such as self-injury, it is appropriate to seek to address it. But many targeted autistic traits do not meet the high standard of intrinsic harm. Lack of eye contact, unusual prosody and the hand-flapping, rocking, and other stereotypies colloquially referred to as “stimming,” among many other autistic traits targeted for intervention, usually pose no problem other than social stigma. Some might argue that while these traits are not harmful, they reflect underlying challenges that are harmful. For example, lack of eye contact is associated with social communication difficulties. It is ethical to ameliorate such challenges. But enforcing typical appearance is rarely the most effective or least onerous way to do so.

Passing imposes harm, so a clinical recommendation default should be to avoid it.

Such “teaching to the test” of typical appearance might be actively destructive when autistic traits are personally meaningful, useful, or simply not harmful. Instead, the underlying goal of communication should be prioritized, accepting that even successful autistic people will present differently. While some actions are intrinsically harmful or dangerous, others simply appear unusual or require additional interpretative effort. Although delineating these categories might require debate, acceptance of the latter should be considered part of accessible and culturally competent service provision.

Family members might desire behavior modification to promote typical appearance. But given that passing demands impose harm, it is unethical to attempt to suppress an autistic trait solely because a parent wishes their child to look normal. While professionals should consider harm to others when evaluating the ethics of behavior modification, they must scrutinize such requests to confirm that such harm actually exists. There might be limited circumstances in which an autistic person chooses to engage in situational passing (eg, to avoid prejudice), but these should remain personal choices, not normative expectations reflected in an outcome measure.

Neurodiversity is best considered a lens through which to evaluate the goals of autism interventions. Does an intervention seek to modify a given trait solely because it is autistic? Or does it proceed more modestly, only targeting that which is intrinsically harmful? This approach is consistent with addressing self-injury or promoting communication. Just as surgically shaping the eyes of people with Down syndrome to look normal is now considered barbaric, neurodiversity requires us to recognize as unethical measures to enforce typical appearance solely to avoid stigma.32 Suppressing autistic traits in order to promote typical appearance is problematic regardless of level of impairment, while reducing personally distressing or harmful behaviors or developing skills is not.

Many autism outcome measures would benefit from reevaluation using a neurodiversity lens. A common measure of repetitive behavior helps illustrate relevant principles. Because autistic repetitive behaviors present differently than those in obsessive-compulsive disorder (OCD), researchers modified the Children’s Yale-Brown Obsessive Compulsive Scale (CYBOCS) for autism-spectrum disorder (ASD) by adapting the CYBOCS’s compulsions checklist.33 The CYBOCS-ASD was developed in order “to document the current severity of repetitive behavior” in autistic children.34 It has been used as a primary outcome measure in clinical trials.34,35 But autistic repetitive behaviors are different from those in OCD not only in presentation but also in experience. Autistic people generally engage in repetitive behaviors for pleasure or emotional self-regulation, while OCD repetitive behaviors are a cause of distress.5,36,37 The ethics of seeking to suppress behaviors that are pleasurable or helpful obviously differ from the ethics of treating distressing behavior. To justify the former, one must show not only that behavior is aberrant but also that it is harmful. Among the behaviors targeted by the CYBOCS-ASD are hand flapping, drawing objects of special interest, lining up objects, and rereading or watching the same media over and over.5 These are certainly autistic traits, but they are not harmful ones. It is possible for certain repetitive behaviors to cause harm—for example, if they involve compulsions or violence—but the CYBOCS-ASD casts a less modest net. Similar issues exist with other common autism measures, which prioritize eye contact and eliminating unusual hand/finger/body mannerisms alongside more legitimate priorities.38,39

These examples of outcome measures speak to the danger of conflating diagnostic traits and outcomes. Instruments such as the CYBOCS-ASD could be retooled to only include items that measure intrinsically harmful behaviors as outcomes. Or they could be used exclusively to explore autism in a value-neutral fashion—with clear instructions that they should not be used to assess clinical progress. But in their current form, their use violates the principle of nonmaleficence by imposing upon autistic people unnecessary and potentially harmful passing demands.

Additional work is required to develop new measures or revise existing ones to address these ethical concerns. Most existing work in autism outcome measurement has focused on topical and psychometric properties rather than ethics.40 To change this orientation, researchers would be well advised to partner with autistic people themselves.41,42,43 Community-based participatory research efforts are already underway regarding patient-reported outcome measures.41 Similar work is necessary to evaluate whether clinical outcome measures target intrinsically harmful behaviors or if they must be revised to remove harmful or unjustifiable passing demands. Stakeholder engagement in the diagnostic criteria for autism in the fifth edition of the Diagnostic and Statistical Manual of Mental Disorders helped address similar ethical concerns, leading to the removal of language implicitly encouraging clinicians to suppress autistic people’s valued special interests.12

When the suppression of diagnostic traits is seen as an appropriate outcome, people with disabilities are done a grave disservice. Suppressing atypical behavior might not bring increased quality of life—and in some cases might actively reduce it. Although this critique is most developed in autism, it has relevance to many other diagnoses. Further work is needed to integrate neurodiversity into service provision and research.

A Defense of “The Case for Conserving Disability” 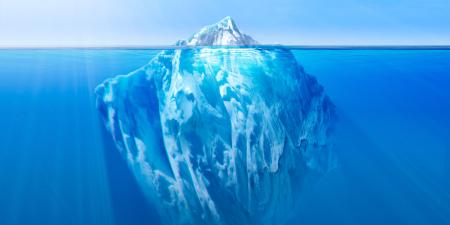 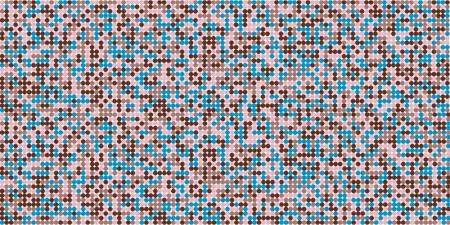 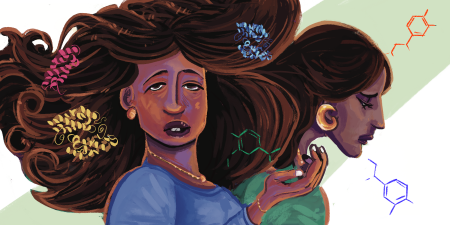 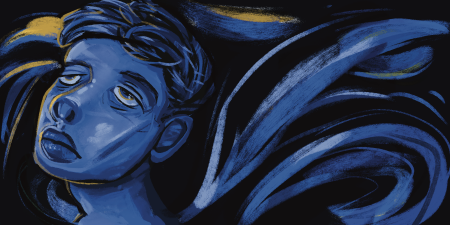