Despite social movements in favor of equality in health care, fiscal and political realities often lead to inequality: that is, those with the resources and skills to navigate the health care system and to access care remain well, while the “have-nots” retain an increased disease burden [1]. As Cynthia Jones proposes, such health disparities “are morally problematic because they exemplify and aid in perpetuating a centuries-old system of injustices” [2]. One response to this moral problem is prioritarianism, which, Leslie Scheunemann et al. explain, “attempts to help those who are considered worst off by giving them priority in situations in which all cannot receive a particular resource…. The goal is to give all individuals equal opportunity to live a normal life span” [3]. In the United States, the federal government indicates regions or groups in need of priority access to certain health care resources by designating them medically underserved areas or populations (MUAs or MUPs, respectively). Medically underserved areas are designated on the basis of a physical or numerical shortage of primary care clinicians for a given geographic region. Although certain regions may have sufficient clinicians per square mile, people in various demographic groups (e.g., based on income level or other factors) may still not be able to access necessary services; recognizing such demographic groups as medically underserved populations could help acknowledge this problem.

The Example of American Indians as Medically Underserved

Although designating residents of rural areas as medically underserved has expanded opportunities to profoundly and positively affect the health of these populations [4], the prioritarian response to the health disparities facing American Indians has not succeeded in alleviating those disparities.

Prioritarian programs. In 1956, the Indian Health Service (IHS) was established to provide for the health care of members of Indian tribes [5]. The Indian Health Care Improvement Act, passed in 1976 [6] and permanently reauthorized in 2010 [5],

In 1980, the federal government’s Health Professional Shortage Area (HPSA) designation was introduced [8]; members of Indian tribes and health care facilities that receive funds allocated by the 1976 act are designated HPSAs [9].

Persistent disparities. These efforts, however, have not eliminated disparities or the persistent disease burden faced by American Indians. Compared to the overall population, the life expectancy for American Indians is 4.2 years less than that for the population overall [10], and they “are more likely than the overall population to report being in fair or poor health, being overweight or obese, having diabetes and cardiovascular disease, and experiencing frequent mental distress” [11].

When they are compared to Caucasians, the disparities are even more striking:

American Indians and Alaska Natives have an infant death rate 60 percent higher than the rate for Caucasians. AI/ANs are twice as likely to have diabetes as Caucasians…. AI/ANs also have disproportionately high death rates from unintentional injuries and suicide. In 2012, the tuberculosis rate for AI/NAs was 6.3, as compared to 0.8 for the White population [12].

The literature mentions two main causes for the persistence of these disparities: chronic lack of funding for Indian health programs [13-15] and “issues that prevent them from receiving quality medical care…cultural barriers, geographic isolation, inadequate sewage disposal, and low income” [12]. Efforts to address these factors have been introduced over time, but have not yet succeeded in overcoming them. All this suggests that challenges that individuals and communities face in accessing care and maintaining health are multifactorial and may not be adequately addressed by the groups’ mere designation as underserved.

Beyond literature references, the co-authors of this article can attest from careers of caring for patients with intellectual and developmental disabilities (IDD), in which they interface with thousands of patients and their families each year, that families’ reports overwhelmingly echo the documented findings: that (across the life span) patients with disabilities experience a patchwork form of uncoordinated health care that leaves them without adequate access to essential health care services. Additionally, a 2002 report from the US surgeon general noted that, “compared with other populations, adults, adolescents, and children with MR [mental retardation (sic)] experience poorer health and more difficulty in finding, getting to, and paying for appropriate health care” [20].

There are many examples of “cultivated care”—the term one of us (RR) has used elsewhere to describe health care delivered in a comprehensive, coordinated, caring, culturally competent, and continuous fashion—for people with IDD. This intentional practice model may be instrumental in reducing health care disparities affecting persons with IDD when coupled with innovations such as the medical home, appropriate case management, targeted physician and dentist training, preventive measures, expanded knowledge about secondary conditions, and medical advocacy. But alone it is still not enough to address the disparities documented in the surgeon general’s report; one potential (and probably critical) impediment to addressing these disparities is the nondesignation of this population as medically underserved. Underserved population designation could bring about several benefits [21] for the IDD population: scholarship or loan repayment incentives for clinicians to serve this population, the expansion of physician and dentist training in the care of persons with IDD, funding for expanded prevention and screening of people with IDD, community health center grants to provide care specifically to the IDD population, prioritization in research of issues affecting people with IDD, and the inclusion of people with IDD in clinical trials—particularly in later-stage therapeutic research.

In response to documented disparities, the American Academy of Developmental Medicine and Dentistry (AADMD) appointed a Task Force on Health Disparities, which affirms that persons can be at risk of being medically underserved regardless of their zip code, ethnic roots, or primary language, and, where appropriate, this should be recognized (unpublished data). Based on our data, it seems clear that the phrase “where appropriate” applies to persons with IDD. The AADMD leadership used the definition employed by the Health Resources and Services Administration (HRSA) to ascertain the appropriateness of recognizing persons with IDD as an MUP: according to HRSA, a population can be considered medically underserved if its Index of Medical Underservice (IMU) score is less than 62.0. This score accounts for multiple features of a population, including poverty, mortality rate, age, and clinician density—meaning how many clinicians in a given specialty, such as mental health, primary care, or dentistry, exist in a given area or patient population [22]. The resultant IMU score for persons with IDD is 54.1, which is well below the determination threshold of 62.0.

Would Designation Make the Right Difference?

Even if designation did occur, merely improving marginalized persons’ access to the health care system cannot change the experience of health care for a person, family, community, or population. Designating people with IDD as an MUP will not necessarily promote or ensure high-quality “cultivated care” for them.

There are numerous impediments to high-quality care for people with IDD. Given that people of color and people with disabilities both face social and cultural marginalization, it is reasonable to infer that the disparities faced by people of color may be similar to those confronted by people with IDD. The Institute of Medicine’s [23] focus groups on addressing racial disparities in health care cited impediments to high-quality care, including the negative effects of some health care professionals’ attitudes (e.g., stereotyping, lack of respect for patients, improper diagnosis and treatment), communication barriers, and financial barriers.

A few of these hurdles to high-quality care for people with IDD include the following:

These complex obstacles to optimal care for persons with IDD all need to be addressed. Although important, an MUP designation cannot fully respond to the barriers described because they are more complex than a simple lack of access to care.

Despite these remainders, however, the official recognition of people with IDD as an MUP would be a welcome complement to ongoing efforts to address obstacles to care. Prominent organizations, including the American Medical Association [27] and the American Dental Association [28], have passed resolutions affirming the need for this crucial step and now join the efforts of the AADMD in advocating for ensuring that those whose society has not offered sufficient supports can experience well-being as fully as possible.

Federal and State Initiatives to Recruit Physicians to Rural Areas 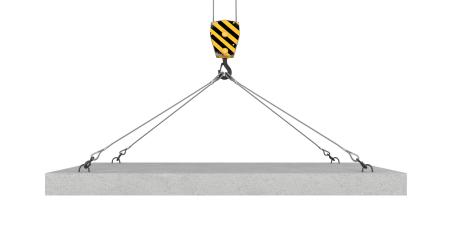 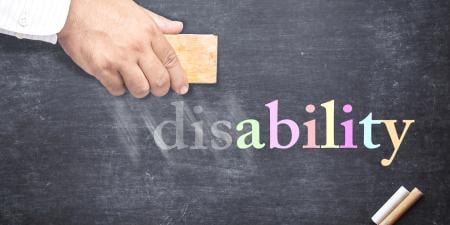 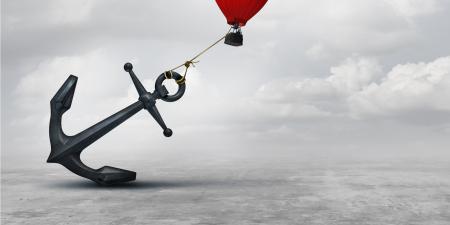