Reflect on the horrific decisions demanded from the..."Life or Death Committee," choosing whether someone with kidney failure would or would not be accepted for dialysis. Two nephrologists, two psychiatrists, a social worker and two community representatives actually voted for patient A to live on dialysis, while rejected patient B was left to die with convulsions eased by morphine. . . .We all knew that we were in a bind.1

The epigraph above is not about a hypothetical situation: it is a description of the actual process used 30 years ago to determine which uninsured patients would receive dialysis treatment. This system has long since been replaced by near-universal treatment of end stage renal disease (ESRD), funded by Medicare, for which more than 90 percent of the US population is potentially eligible. However, we find ourselves at the brink of a similar moral crisis amidst rising Medicare costs and an ever-increasing population of ESRD patients. This is the topic of Richard Rettig's article, "The Social Contract and the Treatment of Permanent Kidney Failure," in which he examines whether the Medicare system can continue to offer relatively unrestricted (and good quality) dialysis treatment. Since 1996, when Rettig wrote, the number of existing cases of ESRD has steadily increased. By 2030, the number of patients with ESRD may reach 2.24 million.2

Rettig examines the nature of the "social contract" between the US population and government regarding ESRD treatment and its theoretical limits as the patient population increases. He casts a suspicious eye upon his colleagues' contention that Medicare's ESRD treatment system is a "splendid model." Specifically, he considers the epidemiology of near-universal treatment, the cost containment, the roles of not-for-profit and for-profit dialysis treatment companies, quality control challenges in dialysis treatment, and the difficulties of comparing the quality of ESRD treatment programs around the world.

Rettig offers sobering statistics: From an initial population of 10 000 ESRD patients receiving government-funded treatment in 1973—when entitlement began—the population skyrocketed to nearly 200 000 beneficiaries by 1995. Furthermore, the epidemiology of ESRD is characterized by "increasing age, a profound increase in diabetes and hypertension as causes of renal failure, a rate of kidney failure among African Americans that is 3 to 4 times that of whites, and comorbidities that are more frequent and more severe."3

The financial burden has grown along with the ESRD population. Health Care Financing Administration (now the Centers for Medicare and Medicaid Services or CMS) data showed expenditures for individuals with ESRD were $6.1 billion in 1991, increasing at an annual rate of 9.7 percent. By 2001, the Medicare costs for ESRD had reached $22.8 billion.4 Rettig argues that dialysis and kidney transplantation are expensive and benefit relatively few individuals—a problem which in itself raises many difficult questions in medicine, ethics, and policy. Dialysis patients received 79 percent of all Medicare ESRD expenditures in 1991, with transplant patients receiving the rest. Rettig suggests that the inexorable growth of the ESRD patient population has become a primary driver of Medicare's increasing expenditures. Time has borne this out to some extent; ESRD tripled its 1991 cost levels by 2001, while Medicare costs overall just doubled in the same decade. This ensures that short-term cost-containment pressure will remain severe and that the longer-term issue of limiting access to care cannot be avoided forever. If there was a social contract for ESRD treatment in 1996, it will be difficult to maintain in the future.

Kidney transplants were once seen as a more cost-effective and lasting treatment for kidney failure than dialysis. However, this view proved to be overoptimistic, given the shortage of donor organs. In 1991 alone, there were more than 50 000 new ESRD patients compared to only 10 011 kidney transplants performed. Forced to continue emphasizing outpatient dialysis as the primary treatment for ESRD patients, Medicare opted to cut costs by imposing a capped, flat-rate payment to treatment centers. This could be seen as an eroding of the social contract—or an effort to stretch available resources. Although this flat rate was adjusted for wage-area differences, the amount had not been adjusted for inflation, nor had it been increased at all in over 20 years. Utilizing a deflator formula, Rettig estimated the amount paid in current dollars to be nearly 70 percent less than the amount paid in 1973. This complex payment mechanism is under review by CMS, and a report to Congress is due in October 2005, according to CMS staff.

If transplants and arbitrarily low payments cannot solve Medicare's ESRD budget crisis, then there is only one choice remaining: slowing the growth in number of patients of the ESRD population on government-funded dialysis by limiting access to treatment. Rettig (citing Friedman) points out that as many as 20 percent of patients currently receiving dialysis might be inappropriate candidates for treatment, given their dim prognosis for rehabilitation. However, faced with the bleak prospect of the pre-Medicare "Life or Death Committees," the nephrology community has been understandably unwilling to consider the issue of rationing treatment.

The economics of government-funded dialysis have also had profound effects on the dialysis industry itself. Although the number of dialysis treatment centers has increased in response to the growing ESRD population, most new centers belong to one of several large conglomerates operating as many as 500 units nationwide. The payment caps imposed by Medicare have made it increasingly difficult for independent or not-for-profit dialysis centers to stay in business and compete with the large chains, which can exploit economies of scale to minimize treatment costs per patient.

Do these economic considerations affect the quality of dialysis treatment? Although no data currently suggest that the quality of treatment varies significantly between for-profit and not-for-profit treatment centers, research has shown that, in many cases, lower dialysis dosage correlates with higher mortality. Although the optimal dosage for dialysis patients has been a matter of contention for years, reports indicate that, in practice, inadequacies in treatment arise from variations among physicians and facilities. Rettig stops short of stating the most dreadful conclusion that could be inferred from this data: cost-cutting measures in large-scale dialysis treatment facilities may indirectly result in inconsistent care at best and inadequate dosage for patients at worst.

Before even entertaining such a notion, however, the question must be asked: do any data show that the large amount of public money spent on government-funded dialysis in the United States correlates with increased effectiveness? Rettig laments that, although some studies have concluded that the American system has higher mortality rates than Europe or Japan, there is little sound basis for comparison. For example, close analysis of European data shows that certain nations underreported their statistics and that complications such as the declining ESRD population in West Germany have not been accounted for. Rettig also cites structural differences in the health care systems of Japan and the United States, as well as the general absence of English-language studies discussing the Japanese system. Rettig is unable to reach a satisfactory conclusion about the relative effectiveness of dialysis treatment in the United States given the lack of adequate cross-national data.

This article leaves the reader with several other unanswered questions, partly because there are no simple answers. How do we restrict ESRD treatment without returning to the old days of the "Life and Death Committee?" Are there technological advances that can produce more cost-efficient and effective dialysis? Are there other ways to reduce the ESRD population? Is community outreach or preventive medicine, which targets at-risk populations, a viable way of reducing the ESRD population? As Americans, what value do we place on prolonging the final years of patients with ESRD? The answers to these questions will help to determine how we will ultimately decide to restrict access to ESRD treatment, a prospect which unfortunately grows closer each day. Furthermore, after a lifetime of paying for the Medicare system, the next generation of ESRD patients will soon be demanding a return on this social contract. At the moment, the nature of the government's response has yet to take coherent shape. However, if we take the social contract of Medicare seriously, we are obliged to seek the best answers to the hard questions.

Splitting the Difference: Patient Preference versus Conservation of Resources 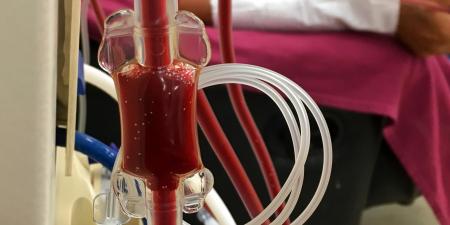 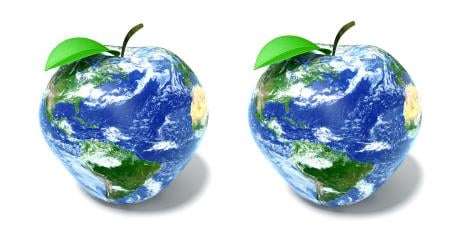