June 2016 will mark an important anniversary in clinical research ethics. It will be 50 years since the publication of Henry K. Beecher’s “Ethics and Clinical Research” in the New England Journal of Medicine [1]. Reportedly the single most influential paper “ever written about experimentation involving human subjects” [2], Beecher’s seven-page indictment of what one reporter dubbed research on “human guinea pigs” [3] inflamed both public and professional discussions of the ethics of human experimentation in the tumultuous 1960s [2].

Many will recall how Beecher, the Henry Isaiah Dorr Professor of Anesthesia Research at Harvard Medical School, focused in his paper on pressing ethical problems created by the enormous expansion of clinical research after the Second World War. Among the 22 troubling cases of risky experiments performed on patients without their knowledge or consent that Beecher documented was a study involving 408 “charity patients” suffering from typhoid fever. Beecher described how researchers withheld an effective treatment for the disease from 157 of the patients, resulting in 23 additional deaths [1]. In an early manuscript version of his seminal paper, Beecher harshly criticized the researchers’ conduct: “These investigators, knowing full well the efficacy of chloramphenicol in the treatment of typhoid fever, evidently believed they had the right to choose martyrs for science, 23 of them” [4]. Although the published version of the paper did not include the characterization of the patients as “martyred,” it’s clear that Beecher felt impassioned about these unnecessary deaths.

One interesting feature of Beecher’s deleted characterization was that “martyrs for science” more generally referred to researchers and physicians who died in the course of medical experimentation than it did to patients whose deaths were associated with research. In the 1920s, for example, JAMA published editorials on “martyrs of medicine,” and its index included entries for both “heroes” and “martyrs.” In the New York Times, deaths of researchers could be found under the heading: “science, martyrs to” [5].

Whereas investigators who sickened or died while conducting research were memorialized as heroes and martyrs, healthy subjects and patients who suffered as a result of their participation received little, if any, attention. One exception was a short-lived effort by a research advocacy group, the National Society for Medical Research (NSMR). In 1951, the NSMR established the Walter Reed Society to honor those individuals who had risked their welfare and lives in medical research [6]. The NSMR hoped that the Reed Society, like the organization’s Research Dog Hero Award created in 1946, would demonstrate both the value of medical research and the need to maintain research free from government oversight. Whereas the Dog Hero Award explicitly called for a healthy-looking specimen, the Walter Reed Society looked for articulate volunteers who exhibited their bravery and selflessness in advancing the cause of science. One of the most important qualifications for membership in the short-lived Walter Reed Society was the ability to describe the nature of individual research experiences (as the application form instructed) “in simple non-technical language.” Applicants were also encouraged to “be as colorful, dramatic and specific as possible” [6]. By 1954, the Walter Reed Society boasted some 135 members who were able to attest to the value of human experimentation and the valor of volunteers. One such volunteer was Lloyd T. Koritz. As a University of Illinois medical student, Koritz participated in a variety of experiments, including being hung unconscious from a telephone pole to study the effects of electric shock on linemen and eating a pound of raw liver a day for thirty days in a study of liver metabolism [7]. When he received an award from the Walter Reed Society in 1953 for his efforts, Koritz informed reporters, “I guess it’s necessary to prove to the world that research is not all just cutting up dogs as many people seem to think. New drugs may be excellent with animals, but eventually they must be tried on human beings” [7]. As Koritz’s award suggests, there was some incentive to recognize enthusiastic volunteers willing to make the case for ongoing research.

What about those healthy subjects and patients who did not survive their research experiences? Before Beecher’s bombshell paper, except for a handful of names, they had largely disappeared from the historical record. The few recorded names include Clara Maass, an American army contract nurse who died in 1901 in Havana in tests of yellow fever immunity, and Frank Olson, a scientist from the Army Chemical Corps who fell to his death from a New York City hotel in 1953 after receiving LSD without his knowledge as part of the CIA’s MKULTRA project [8].

Other resources for learning more about such deaths include the growing collections of digitized newspapers. In the 1950s, for example, references to deaths of “human guinea pigs” appeared in the American press [9, 10]. Such deaths received very different public responses than they would have in the late twentieth century. In one case, the front pages of the Chicago Tribune, the Washington Post, and many other papers across the country informed readers that a doctor’s error was responsible for the deaths of two “human guinea pigs” at the University of South Dakota Medical School [11-13]. In August of 1951, Dr. Louis F. Michalek was only two months into his residency when he mistakenly administered methadone—instead of meperidine, known under the trade name Demerol—to Jack Clifford, a 30-year-old technician, and Ardys Pearson, a 26-year-old secretary. Both Clifford and Pearson reportedly were paid 60 cents an hour for their participation in this research on sedatives. At a coroner’s inquest, Michalek explained that he had mistakenly injected the two volunteers with 100 milligrams of methadone (10 times the normal amount) in an experiment with the new drug cortisone. At a hearing into the deaths, he testified that he recognized within five minutes that something had gone terribly wrong and that he immediately telephoned his superior, pharmacologist and dean of the medical school Donald Slaughter. The coroner’s jury deliberated an hour before clearing the young doctor. Because they found no evidence of “culpable or intentional negligence,” he was allowed to return to his position at the hospital but removed from participation in clinical research [14]. The medical school instituted a review of all policies regarding research in the medical school, and in October of 1951, University President I.D. Weeks ordered that no investigational drugs be administered in the future to students or employees of the University [15]. Two months later, Donald Slaughter was jailed as a drug addict and removed from his post [16].

The following year, newspapers reported research deaths in Seattle and Tacoma (the hepatitis studies at McNeil Island Federal Penitentiary) [9]. In March of 1952 James S. Leedom (known as “Stan”) was an 18-year-old freshman honors student at Seattle University, and one of 40 volunteers in a University of Washington study of the safety of blood storage [17]. Leedom received a transfusion of blood that had been preserved for more than three weeks and had become inadvertently contaminated with bacteria. He died three days later. In the newspaper reports about Leedom’s death, two themes were repeated: the safety of the research and the absence of blame.

First, the investigators expressed their confidence in the research project. Although Robert Williams, chair of the department of medicine, and hematologist Clement Finch could not explain how the student had received contaminated blood, each informed reporters that they “would gladly participate in the same experiment tomorrow” [18]. But the response of Leedom’s father was more surprising. When he was interviewed by reporters, Stanley Leedom explained that he held no one at fault in the research. “I don’t blame anyone for this,” he said. “I just don’t want this tragedy to deter in any way from the blood donor program or these experiments” [17]. The elder Leedom was apparently as good as his word. In May of 1952—two months after his son’s death—when Seattle University organized the Stan Leedom Memorial Blood Drive, the 400 young men who pledged to donate blood for the Korean conflict were reassured that the blood drive was in no way connected to the blood preservation research and that Leedom’s family did not want “the unfortunate incident” of his death to interfere with it [19].

As the responses to the deaths of Jack Clifford, Ardys Pearson, and Stan Leedom suggest, there was considerable public support for the research enterprise, including recognition of the need for medical research to continue and the realization that mistakes might happen in the course of research. Just two years later, for example, millions of American parents would sign forms requesting that their children take part in one of the largest and most publicized clinical trials ever undertaken, the Salk polio vaccine field trials of 1954 [20].

Contrast the responses to these 1950s research deaths with those that rocked the research establishment in 1999 and 2001. In 1999 Jesse Gelsinger, an 18-year-old man with a rare metabolic disorder, died in a clinical trial of gene therapy at the University of Pennsylvania [21]. Two years later, in 2001, Ellen Roche, a 24-year-old lab technician at Johns Hopkins University, died after inhaling a drug to induce a mild asthma attack in a study of natural defenses against asthma [22]. Gelsinger’s death, the first recognized death from gene therapy trials, prompted suspension of similar trials, numerous public inquiries, and a lawsuit that resulted in fines for the University of Pennsylvania and the Children’s National Medical Center [23, 24]. After Roche’s death, the Office for Human Research Protections stopped all research at Johns Hopkins for several days until the university developed a plan that provided additional resources for institutional review of research.

In a New England Journal of Medicine article, the dean of the Johns Hopkins University School of Medicine, Edward D. Miller, offered a more tempered response. He acknowledged that, despite all efforts to ensure safety of research subjects and to minimize risk, the death of a research subject was always a possibility. But the alternative, he suggested, was “not to do any clinical investigation, the status quo, and still have children on ventilators, after polio” [22].

But there are other alternatives as well. One is to acknowledge the importance of human participants in research in more meaningful ways. In the decade following the death of Ellen Roche, Johns Hopkins reeled from the publicity surrounding another high-profile case involving the death of a patient and the harvesting of her cells [25]. Although historians had written about Henrietta Lacks (1920-1951) and the importance of HeLa cells in biomedical research, journalist Rebecca Skloot placed the family of Henrietta Lacks in the spotlight [26]. Skloot’s book brought enormous attention to research practices involving the use of human tissues. Although Lacks was not a research participant in the usual sense, the principle of respect for research participants, according to the National Institutes of Health (NIH) director Francis S. Collins and deputy director Kathy L. Hudson, encouraged an unusual agreement with her descendants. After several discussions with the family, the NIH agreed to control access to the full HeLa sequence data and to include two members of the Lacks family on the HeLa Genome Data Access Working Group at NIH [27].

The Lacks case is unique, and such research-related deaths as those of Stan Leedom, Ardys Pearson, Jack Clifford, Ellen Roche, and Jesse Gelsinger—among others—are rare. Nonetheless, it behooves us to offer more robust public recognition of research participants whose time, experience, and potential injury are essential to biomedicine. We don’t need a Walter Reed Society to do this, nor should we wait for another tragic circumstance to make meaningful changes in how we value research participants. 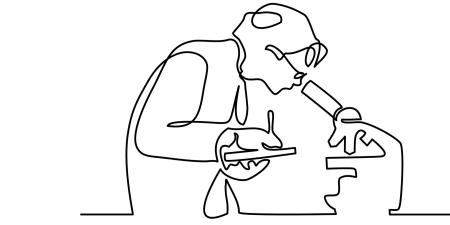 Revisiting the Ethics of Research on Human Subjects 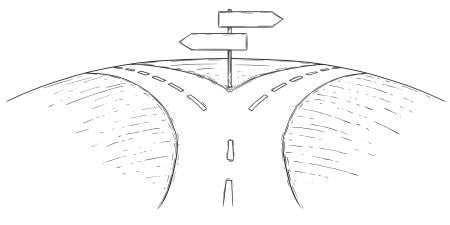 The Question of Clinical Equipoise and Patients’ Best Interests 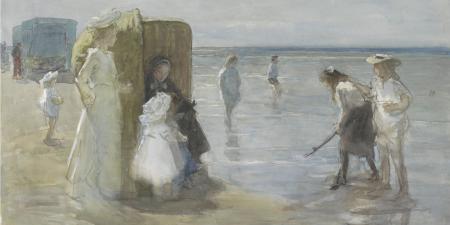