It can be difficult to understand how anyone can criticize such an obviously worthwhile idea as evidence-based medicine. After all, who does not believe that medical decisions should be based on evidence? Yet, as Stephen Henry, Richard Zaner, and Robert Dittus explain in their Academic Medicine article, evidence-based medicine means something much more specific than the general notion that "medical decisions should be based on the best, most current information available" [1]. Rather, the term refers to the reliance on specific types of epidemiologic studies as the basis for medical decision making. As currently understood in the medical community, evidence-based medicine assumes a hierarchy of evidence, with findings from well-designed, randomized, controlled trials at the top and unsystematic clinical observations at the bottom. In other words, explicit knowledge from population-level data is given precedence over an individual physician's clinical experience and expertise [2].

Although evidence-based medicine has gained popularity in the last 15 years, it continues to be controversial. Five types of arguments have been made against the movement since its rise in the early 1990s: (1) it lacks a philosophical basis, (2) the definition of evidence is too narrow, (3) the movement itself is not evidence-based, (4) it has limited usefulness in its application to individual patients, and (5) it threatens the autonomy of the patient-physician relationship [3].

Henry et al. provide an argument that combines aspects of three of these five criticisms. They do not challenge the value and necessity of evidence-based information in clinical decision making, but they claim it is incomplete as a medical epistemology (the study of how we know what we know) because it cannot account for all the factors in a physician's decision-making process. They recognize a curious fact about evidence-based medicine, namely that, despite the promise of raising objective experimental data above individual experience, its use cannot escape some reliance on such uniquely individual human skills as "clinical judgment and expertise" and "deep understanding" [1]. What is this clinical expertise and how does it develop? How is it used by physicians? Proponents of evidence-based medicine do not answer these questions, even though they recognize the importance of clinical expertise in the application of scientific studies to individual patients [4-6]. Henry et al. submit that these questions cannot be answered using evidence-based medicine's current tools. They join a number of other physicians and philosophers in calling for a new medical epistemology that incorporates tacit knowledge, an element of physician-philosopher Michael Polanyi's theory of personal knowledge [7-10].

Polanyi observed that human knowledge is organized within many categories and that full human understanding requires knowledge from more than one category [7]. For example, in order for a physician to fully understand a patient's story, he must use knowledge from several categories, including information about facial expressions, voice tones, and a few different categories of language information such as letters, words, sentences, and paragraphs. A physician, like all humans, can only focus explicitly on one category at a time, while his information processing in all other categories is implicit, or tacit [7-10].

Tacit knowledge, as defined by the authors, is the "taken-for-granted information at the periphery of attention that allows people to understand the world and discern meaning in it" [11]. This concept can be useful in explaining a physician's thought process because it accounts for the wide variety of experience and knowledge that contribute to a single decision. More specifically, Henry and his colleagues claim that it contributes two insights and challenges to current medical epistemology.

First, tacit knowledge explains why a fully explicit medical decision-making process—what evidence-based medicine strives to be—is impossible. In Polanyi's theory, each category of knowledge can be understood explicitly on its own, but the connections between one category and another cannot. Thus a physician can understand the meaning of words and of facial expressions independently, but cannot fully appreciate while listening to a patient's words, the effect that various facial expressions are having on his interpretation of those words. Further, although the connections among the various categories can be explored in observational studies, even then these connections are not open to explicit quantitative analysis. This is due to the fact that observers are by necessity human, and must use tacit knowledge in analyzing their observations. Therefore the full context of a physician's medical decision, which includes explicit and tacit knowledge, cannot be made entirely explicit.

Second, the theory of tacit knowledge explains why experience is essential for learning medicine and why it cannot be replaced by a thorough study of the epidemiological and scientific literature. Since epidemiology and science comprise one category of human knowledge and since humans actually use several categories simultaneously, journal reading cannot be applied to individual patients without the physician's experience mediating his understanding of what is going on. This theory helps differentiate humans from computers, the authors say, since computers do not take tacit information based on experience into account when making decisions. This theory may also help explain why some physicians are more skillful than others—they may be more adept at incorporating tacit knowledge appropriately.

This second insight has applications in the everyday practice of medicine. In the ideal world of evidence-based medicine, physicians would focus on reading and applying the best data for each patient. If, however, tacit knowledge has value as well, then physicians should also pay attention to their own intuition and experiences with patients, especially in complex cases.

In light of these two insights, the authors conclude that the clinical encounter—where the physician uses his tacit knowledge along with explicit "evidence"—must remain at the center of medicine.

The concept of tacit knowledge adds to medical epistemology by accounting for the roles that context and experience play in medical knowledge and decision making. It is less certain, I think, that the connection between explicit and tacit knowledge that takes place outside of human awareness explains the difference between a human and a computer. The argument for this conclusion is that some elements of the tacit-explicit relationship are not open to quantitative analysis. Specifically, the authors claim that knowledge in any single category can be made explicit but that the connections between the categories cannot be analyzed explicitly even in observational studies. In the example of the patient's story discussed above, choice of words and tone of voice can each be analyzed explicitly, but the effect that any one has on the interpretation of another cannot be made entirely explicit and analyzed quantitatively. The authors do not explain why that is the case, and I am not convinced that it is so. After all, even though the connections between tacit and explicit knowledge are subconscious to the physician, they do constitute knowledge and may be encoded in the brain in a manner similar to the way explicit knowledge is encoded.

While physicians cannot be fully aware of the influence of tacit knowledge during a clinical encounter, it is possible—at least in principle—that the relationship between tacit and explicit knowledge can be quantitatively analyzed through observational studies. For example, the effects of patients' word choices on a physician's thought process can be examined quantitatively by searching for correlations between word frequencies and final medical decisions. The goal in such an undertaking would not be to eliminate tacit knowledge, since that is impossible, but to educate the physician about his own epistemological habits so that he can improve them. 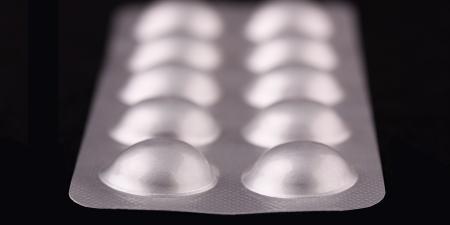 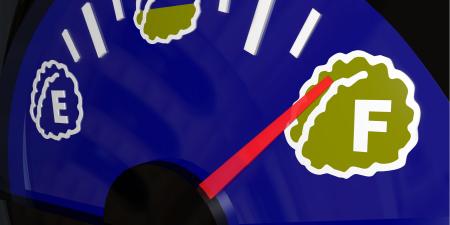