An elderly woman with early signs of Alzheimer's disease is widowed. Following her husband's death, the couple's investment account manager offers to administer the estate. Over time, the manager takes a sizeable commission for his work, induces the woman to gift a valuable parcel of land to a company the account manager owns, and assists the woman in planning a new will and power-of-attorney that also benefit him.

This case, In the Matter of Agnes D. Rick [1], illustrates the legal and financial dangers faced by those with mental illness or degenerative diseases. Estate planning, investments, property sales, and many other opportunities exist for the unscrupulous to take advantage of the vulnerable. The law, though, provides a way to void some transactions and to protect the rights of the disabled (including those who are mentally incompetent) and their families.

Alzheimer's is a progressive disease that initially affects the parts of the brain that control thought, memory, and language. The resulting dementia can cause those with the condition to ask the same questions repeatedly, feel lost and unable to follow directions, become disoriented, and neglect personal safety and hygiene [2]. It can be difficult for a person with Alzheimer's to keep track of bills and payments and to know whom to trust.

The elderly in general are easier targets for fraud and financial abuse than younger people [3]. Declining hearing and eyesight allow both strangers and family to use the older person's age to their advantage. Add to this the dementia caused by Alzheimer's and you have a nearly irresistible opportunity for the unscrupulous. The abuse or fraud is often difficult to detect because the offender is commonly a family member or someone in a position of authority or trust who has the ability to hide what he or she is doing.

Fraud and financial abuse can take many forms. For example, the individual with Alzheimer's may make multiple payments for the same service, or the people providing the services may write checks to themselves from the patient's checkbook without being detected. Family members—or even attorneys—can convince the patient to make cash transfers, power of attorney designations can be abused, and patients can be misled about the value of property and sell it well below market value. In all of these instances, the law provides a remedy.

Certain requirements must be met before a legal contract—be it for property, goods, or services—is valid and enforceable. There must be at least two parties to the contract, both of which must have the capacity to enter into the agreement; that is, each party must understand what he or she is entering into and the consequences of doing so. If a person who does not have this capacity signs the agreement, it may be voided.

There are two major exceptions to the presumption of an adult's legal capacity, one of which is being intoxicated when the agreement was made because intoxication can affect judgment. The second exception to legal capacity is mental illness or mental defect [5]. Historically, this exception intended to protect individuals who were developmentally disabled or insane. Today, the category has been expanded to include those suffering from degenerative diseases, like Alzheimer's, that may affect their cognitive abilities.

The relationship between Sailer and Mrs. Rick began after the death of her husband when Sailer, who managed a small investment account for the Ricks, offered to be the administrator of the estate. Sailer eventually claimed the maximum commission from the estate, although he never explicitly told Mrs. Rick he was to be paid for his services.

An attorney-in-fact had also been appointed for Mrs. Rick, following her husband's death because her deteriorating mental condition was well known. A neighbor served this appointed office. Less than 2 years later (and apparently without the involvement of the appointed attorney-in-fact), Mrs. Rick deeded a parcel of land, without payment, to a company owned by Sailer and his family.

Shortly after the deed was executed, the neighbor resigned as attorney-in-fact, and Sailer replaced her in that role under a previously executed power of attorney. Sailer also served as the executor of Mrs. Rick's will and the trustee for her trust. Mrs. Rick granted Sailer an option to purchase the Rick's home for significantly less than the probable market value.

Soon after Sailer became attorney-in-fact, Mrs. Rick was admitted to the hospital with various physical problems. Her physicians diagnosed her with dementia and eventually placed her in an extended care center.

This complicated set of facts is important, because it shows what can happen to a person with reduced cognitive abilities who enters into legally binding contracts. The issue for the court to decide was whether Mrs. Rick suffered from Alzheimer's when she entered into the land conveyance, the power-of-attorney, and will agreements, all of which benefited Sailer. The testimony of physicians, friends, and neighbors was crucial to establishing her competency.

Much of the testimony indicated that Mrs. Rick's mental capacity had begun to decline years earlier. Following her husband's death, Mrs. Rick's health continued to deteriorate, and she became unable to manage her own finances—often paying the same bill several times and not realizing that a handyman was forging checks to himself on a regular basis. Mrs. Rick also claimed that Sailer was going to marry her, even though he was much younger and already married. (Sailer apparently did nothing to disabuse her of this notion.)

The physician who served as Sailer's expert witness testified that Mrs. Rick became incompetent around the time she was admitted to the hospital and after all the documents in question had been executed. The doctor's diagnosis, though, was based on the testimony that Sailor expected his opponent's witnesses to give. Sailor's expectation was incorrect.

The court accepted much of the testimony from friends and family of Mrs. Rick, discounted much of the testimony offered by Sailer's witnesses, and found that Mrs. Rick lacked the requisite mental capacity to execute the power of attorney and the land conveyance. The court did not directly address the issue of the will because the niece, who was the petitioner, had not raised it in the filing. The court did recognize that Sailer clearly used his position for his own benefit rather than that of Mrs. Rick's future estate. Sailer was removed as both trustee and attorney-in-fact.

Contracts and other legally binding documents are almost always enforceable, and it takes a very specific set of facts to void them. Although there is an exception to capacity for those who suffer from degenerative mental diseases, it can be difficult to show that the person was suffering debilitating effects when the contract, will, power of attorney, or other agreement was entered into or executed.

To complicate matters even further, a person suffering from Alzheimer's may have moments of clarity when she would be judged capable of entering into a legal contract. In addition, fraud and abuse may go on for a long time without detection—especially if a family member or someone with control over contacts and finances is involved. In the Rick case, it was somewhat lucky that there was ample evidence of her declining condition even before Sailer initiated his relationship with her and that others noticed a problem after a relatively short period of time.

Physicians, unless close to the patient, may not see signs of financial abuse, and the patient may not talk about it or even recognize that he or she is being deceived. A patient who complains of decreased or no funds or who is accompanied by an overly protective caregiver who refuses to allow the patient to speak for him- or herself may be an indication of a problem [6].

Families and physicians must recognize diminishing capacity and evidence of fraud or financial abuse. The law provides some protection against the unscrupulous, but the best defense against its happening is caregivers' and advisers' awareness of the possibility that it can. 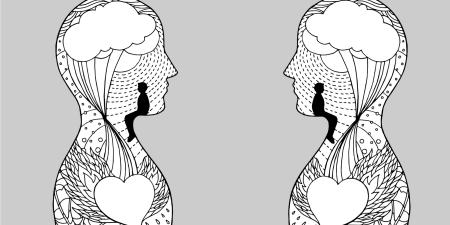