Dr. Foote has been seeing Ms. Kirk, now in her forties, for years. She is overweight and depressed, with a history of migraines and irritable bowel syndrome. Dr. Foote is aware that her marriage has been going badly—her husband is unemployed and losing hope, her son is in drug and alcohol rehab. She once saw a psychiatrist who diagnosed her with depression; Dr. Foote has been renewing her SSRI prescription for years, and she reminds Dr. Foote at every visit that she is no better.

For the last few years, she has been particularly bothered by fatigue and constant, persistent joint pain that just won’t let up. She can’t remember the last time she had a good night’s sleep or a day without pain.

Dr. Foote has ordered the usual blood work. The tests have come back negative, and Dr. Foote feels ever more convinced that Ms. Kirk’s symptoms are caused by depression. Perhaps a different SSRI would help.

But Ms. Kirk turns up for another appointment sooner than expected. When Dr. Foote asks her how she’s doing, she pushes a printout of a web page across the table and says, “Read this. I think I have fibromyalgia.”

Fibromyalgia, the chronic muscular pain syndrome estimated to affect approximately 12 million Americans, 96 percent of them female—more women, in fact, than have diabetes—stands out as example of an ailment that is foreign to medical thinking. Physicians’ attitudes toward fibromyalgia indicate disturbing philosophical and ethical beliefs, ranging from “no such thing” to “no pain medication, ever!” These issues surface because fibromyalgia defies what physicians absorbed in their training about the nature of illness and how far their responsibilities extend in treatment.

Conversely, surveys among fibromyalgia patients reveal a profound dissatisfaction with the medical profession. Women complain of lengthy delays in diagnosis, disrespect because their tests results are “negative,” and reluctance from their physicians to provide adequate treatment [1].

To the postmoderns, especially Michel Foucault, foreignness meant anything that lay outside the dominant realm of thought. Conventional medical thinking, for example, would be a dominant discourse. Alternative medicine, e.g., chiropractic, Chinese medicine, and so forth, were nondominant, weaker, “wrong,” and foreign. Male = dominant, female = weak, foreign. Caucasian = dominant, people of color (Foucault’s term: “colonial”) = weak, foreign. The very basis of postmodernism was questioning the validity of our dominant discourses.

Fibromyalgia, with no positive tests, is a “foreigner” in the medical landscape. Its victims, mainly female, regard themselves as powerless outsiders as well, enduring endless humiliations, and, in the opinion of someone like me who has spent his professional career treating them, suboptimal medical care.

When Lyrica (pregabalin) came up for FDA approval as a treatment for fibromyalgia, dissenting votes emphasized reluctance to approve a medication for symptoms that were not caused by a “real” illness [2].

Now, mainly due to numerous articles funded by the pharmaceutical industry, plus many articles in the popular press, physicians are learning more and more about fibromyalgia, but their discomfort about diagnosis and treatment remains. In 2008, surveys showed that 75 percent of physicians did not feel confident either diagnosing or treating fibromyalgia [3].

Our collective diffidence in diagnosing fibromyalgia begins in its foreignness. We are taught in medical school that when patients come to us with symptoms, we are to look for disease. This means tissue pathology, some visible change in structure or function of an organ or organs. We look for these changes by running tests, of which we have thousands: blood, urine, joint and spinal fluid, x-rays, CT, ultrasound, MRI, and, when all else fails, we try to see changes under a microscope with biopsies.

When everything comes up “negative,” and there is simply no evidence anywhere of any pathologic change, we abandon this foreigner and refer our patient to a specialist, who will order more tests. At some point, we can tell her with a good degree of confidence, “We can’t find anything wrong with you. Your tests are normal.” This is the mantra of physicians facing patients with fibromyalgia: “Your tests are normal.”

This unfortunate woman sitting across from us, tired and in constant pain, we label “normal.” Her symptoms are “functional,” the contemporary term for what was “psychosomatic” 50 years ago and “hysterical” a century ago. Because the overwhelming majority of fibromyalgia patients are female, and most primary care physicians and rheumatologists are male, this dissatisfaction might stem from gender bias and spur very realistic charges of “medical sexism.” No shortage of epidemiologic data confirms that men receive superior management of chronic pain of any cause [4]. Truly, being female and entering the domain of a “modernist” and male-dominated profession, she is foreign. Her fibromyalgia, not following the rule of positive tests, is foreign as well.

Having treated more than 1,600 patients with fibromyalgia (fewer than 50 of them male), I’ve heard this story over and over again. Sadly, once we’ve determined that her symptoms are “functional,” our entire mindset changes; we go brain-dead. There’s no pathology, no disease. “There’s nothing really wrong with her,” we think. “And she should be grateful we didn’t find anything serious.”

The patient returns occasionally, still complaining she’s no better. Then one day you realize she’s no longer in your practice. Maybe you received a request to transfer her records and, deep inside, you’re grateful. A survey revealed that 35 percent of women ultimately diagnosed with fibromyalgia had seen seven or more physicians over several years before actually learning their diagnosis; most saw three or more [5]. Along this path, their fibromyalgia progressively worsening, they reported no shortage of hostility on the part of physicians. Some denied the very existence of fibromyalgia. Some believed it was a lazy woman’s excuse to avoid work.

What happens to these patients with fibromyalgia, these outliers from our system, these foreigners to our thinking? Of the 12 million estimated sufferers, only 15 percent are actually diagnosed with fibromyalgia [6], so we really don’t know about most of them. Most likely they suffer in silence. The WE FEEL survey (Women Experiencing Fibromyalgia’s Effect on Everyday Lives) of 500 patients with fibro reported dramatic declines in overall quality of life, interference with careers and relationships, and unsympathetic family members and physicians [1]. This is the high price of foreignness. Epidemiologic studies reveal high rates of diabetes and heart disease (from weight gain and inactivity) and an unsurprising high suicide rate among patients with fibromyalgia [7, 8].

What We Know About Fibromyalgia

Current thinking places fibromyalgia in the spectrum of what might be termed low-serotonin stress-susceptibility disorders, if we think of the neurotransmitter serotonin as, so to speak, our factory-installed stress buffer. We’re most familiar with these as the mood disorders (depression, anxiety and panic, obsessive-compulsive disorder, posttraumatic stress disorder) and know that women are more vulnerable to them than men. The physical manifestations of this stress susceptibility are nothing more than the fight-and-flight response in a constant “on” mode: tension headaches, temporomandibular joint disorder, irritable bowel syndrome, and, as the muscles progressively tighten over her body, fibromyalgia (“muscle pain” in Greek). It is almost as if a woman is unconsciously using her muscles to create a suit of armor to protect her from stress.

But if we all tighten our muscles when we’re under stress, why do some women have so much pain? Here the answer lies in the pain-modulating neurotransmitters, glutamate and substance P. Patients with fibro release more of these per “noxious stimulus” than other people. Hence, fibromyalgia is termed a “pain amplification” and “pain persistence” syndrome.

Fibromyalgia virtually always begins after a period of unchecked stress in a woman’s life. A perfect storm–like Ms. Kirk’s unemployed husband and son in rehab. There seems to be a component of “muscle memory” as well, a controversial term from psychiatric literature of the 1920s. Almost 25 percent of fibromyalgia patients were psychologically, physically, or sexually abused as children or experienced a sexual assault as a young adult. If you envision the posture an 8-year-old girl takes when she hears her abuser’s car pull into the driveway, as she attempts to protect her body by curling into a tight ball, you’ll understand a lot about fibromyalgia. Four decades later, this girl is now a woman, and her muscles “remember” how to respond to stress. As a middle-aged woman in a tsunami of noxious stimuli, she develops fibromyalgia.

What these patients need more than anything is listening. To arrive at the correct diagnosis, the physician must listen to their stories without suspicion or preconceptions and probe those stories for triggering events and telltale signs (in addition to being aware of fibromyalgia’s tender points and other physical indicators). To treat those who suffer from it, physicians must take it upon themselves to be informed about treating the condition and to consider it their responsibility to see the patient through to an improvement in condition. The work of treating fibromyalgia isn’t over when the usual pathological causes fail to turn up. (For clinical information, see the last chapter of my book Healing Fibromyalgia [9].)

Ultimately, fibromyalgia demands of us to transcend our sadly limited thinking and become, as a profession, postmoderns. We need to accept outsiders, foreigners, women with negative tests, endlessly returning to our offices, with sad looks, their first sentence, “I’m no better…” It’s us as a profession who really need to “get better.” 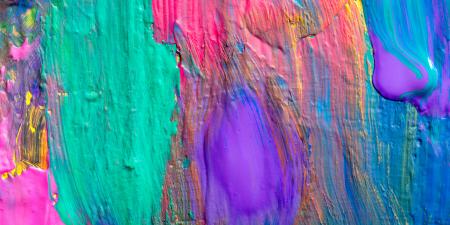