Dr. Willis was chief resident in emergency medicine at an inner city hospital. Late one afternoon a young woman was escorted to the emergency department by her brother. They told the admission clerk that they had come to the U.S. from Brazil to visit family members who lived in the city. With the help of an emergency department aide, they listed the young woman’s name as Bianca, her age as 18, stomachache as the reason for the visit, their relative’s city address, and the number for the cell phone the young man carried. That was all that was on the form.

Bianca was bent over with both hands pressed against her lower belly. Her brother, Elias, who looked to be slightly older than she, said that he would translate for his sister because his English was better than hers. He said that he was very worried because Bianca was usually tough and rarely complained. Today she had pleaded with him to take her to see a doctor.

Dr. Willis started by asking questions about the pain: when had it started; did it seem to be located in one spot; was it a constant pain like a headache, or a sharp intermittent pain; had she ever had pain like this in the same place before? Without asking his sister, Elias answered that the pain had started early that morning. Then he began to translate Dr. Willis’s other questions to his sister in Portuguese. Bianca pointed to the lower right quadrant of her stomach, but Dr. Willis got no answers to his questions. Bianca did not seem to understand what Dr. Willis wanted to know, even though Elias repeated the questions several times, using what sounded to Dr. Willis (who understood no Portuguese) like different words.

Dr. Willis asked Elias to translate the questions about Bianca’s menstrual periods and the possibility of pregnancy so that Bianca could reply, but Elias shook his head and said, “She is not pregnant. No.”

Finally, Dr. Willis suggested using the hospital’s telephone interpreting service so that he could get more information about Bianca’s pain and its possible cause, but Elias said that the service was not necessary. He could answer the questions. Dr. Willis responded, “I believe an interpreter would help us take better care of your sister and assist with technical questions.” Dr. Willis explained that he would need Bianca’s consent to the tests he would have to perform to establish the cause of her pain. “First, I want a urine sample and a blood sample that, together, will give me information about pregnancy and infection. While we wait for the interpreter, please explain that to your sister and ask for her consent.”

The case is not uncommon, especially in cities that host large numbers of foreign visitors. While clinicians can identify with Dr. Willis, sympathy should be reserved primarily for patients like Bianca, whose anxiety is compounded by being ill far from home, in a strange environment, among people who do not speak her language or know her culture. In this case, Dr. Willis must be wary of false assumptions, realizing that communication depends on shared premises, often implicit, and in this encounter shared premises may be lacking.

The communication gulf is not only one of language, but also of culture—with culture understood very broadly. Bianca is from another country; her gender is different from that both of the doctor and her brother; she is younger than they are; pain has likely put her in an existential state not only distinct from that of healthy others, but also from her normal self; she is part of a family dynamic to which Dr. Willis is not privy; and the encounter is further conditioned by socioeconomic, educational, and other circumstances at which the physician can only guess. The potential for embarrassment, misunderstood social cues, and other factors that complicate communication are multiple. For example, Bianca is a woman responding to a male questioner and a male interlocutor. Are issues of gender and sexism playing into this dynamic? Does Elias discount his sister’s ability, as a female, to speak for herself? Is Dr. Willis’s acceptance of Elias’s responses on his sister’s behalf related to gender? Of course, every medical encounter is conditioned by like factors, but the present case features them to a heightened degree. In these heightened circumstances, dealing with a painful medical emergency and gaining informed consent are immediate issues.

This is first and foremost a medical case. The legal requirement to obtain consent, while critical, is secondary to responding to Bianca’s medical need with appropriate care. The handling of the case is dictated by its setting in an emergency room: obtaining consent is desirable, but not if delaying treatment poses dire risk to the patient (life, limb, or major organ)—a contingency well-established by legal precedent, particularly with respect to emergency medicine. In this, the provider must rely on clinical judgment. If the patient’s condition is sufficiently urgent (advancing infection, blood loss, shock, etc.) or mental state sufficiently impaired, then consent ought to be deferred so that treatment can proceed.

In this particular case, the clinician must judge whether there is sufficient time to obtain interpretive services (the availability of such services, particularly for less widely spoken languages can range from in-house translators immediately available to outsourced telephone services that can be complicated to access) and consider whether her pain and general psychological state preclude informed consent. Pain is a powerful inducement to signing documents, whether or not those documents are understood by the signer. It should go without saying that, if medication is administered to alleviate Bianca’s pain and anxious state, it should be administered as medically indicated—not simply in order to facilitate the giving of consent.

Moreover, as presented, the case introduces a raft of other concerns about Bianca’s decision-making capacity: Is she in fact 18 and an adult? Is her mental capacity impaired? Is she literate? For that matter, is Elias in fact her brother? Dr. Willis has no independent corroboration or evidence to indicate an affirmative answer to any of these questions. If Bianca, for any of the above or other reasons, is not giving truly informed consent, then obtaining a signature on a piece of paper is merely a bureaucratic gesture that observes neither the spirit nor the letter of the law and probably would not withstand serious legal challenge.

Despite the priority of medical concerns, every effort should be made to obtain consent consistent with appropriate care. Though often framed as merely a legal requirement, obtaining consent is a moral act that affirms the physician’s core obligation to put the patient’s interests first. The process of seeking informed consent makes those interests, and the doctor’s commitment to them, explicit. If the patient declines, then the exercise affirms the provider’s respect for the right of patients to define their own interests.

In the present case, the medical encounter is compromised not only with respect to obtaining consent, but also with respect to providing appropriate care, for example, soliciting an adequate history and performing a physical. It is not clear that the physician has established communication with the patient. An exchange has been established with Elias, but is Elias more bridge or barrier? In this, the need to avoid assumptions is clear.

Any number of scenarios can be imagined regarding Elias and his relationship with Bianca. At face value, one may assume that he is a well-meaning and loving brother eager to see his sister cared for, whose quickness to respond to questions on his sister’s behalf and decline an interpreter is intended to speed treatment, and who wishes to spare his sister embarrassing questions about sexual activity—and himself the embarrassment of asking them. For all we know, Elias’s refusal of interpretive services could stem from fear of being billed for such services.

On the other hand, the story told the admission clerk could be false. The relationship between Elias and Bianca could be other than that of brother and sister; their purpose in the U.S. other than that reported. Elias’s unreliability as interlocutor for his sister could be purposefully misleading.

But before indulging flights of fancy, the paramount need to avoid assumptions must be met. The physician’s primary task is to provide care. Dr. Willis is obliged to pursue only those lines of inquiry that will facilitate that—to clarify communication to the extent needed for him to proceed with an adequate history and physical and initiate diagnostic tests and procedures. The factors mediating communication in this case (e.g., language, culture, social cues, attributes of personality and psyche, etc.) affect every medical encounter to some degree. Every clinician must be vigilant to their effects and be able to respond accordingly to ensure a level of communication appropriate to the need at hand, commensurate with his or her fiduciary duty to act in the patient’s best interests. The scope of that duty is illustrated by the fact that, should a clinician discover evidence of, for example, abuse, he or she would pass that information along to appropriate authorities, rather than acting on it him- or herself.

By coming to the emergency room, Bianca has given tacit consent to a history taking and physical and urgent diagnostic maneuvers. Dr. Willis would be well advised to call upon interpretive services immediately, invite Elias to wait in the waiting room, get a female chaperone and, while translation is being secured, proceed with a physical examination as well as those labs he judges clinically urgent. If Bianca objects, he can await access to translation in order to address that, but only if waiting does not impose undue risk. Even if Bianca should appear amenable to proceeding without interpretive services, Dr. Willis should defer any nonurgent actions until translation is available in order to ensure that, as far as possible, Bianca is an active, willing, and informed participant in her own treatment.

Can the Care Be High Quality if the Communication Is Not? 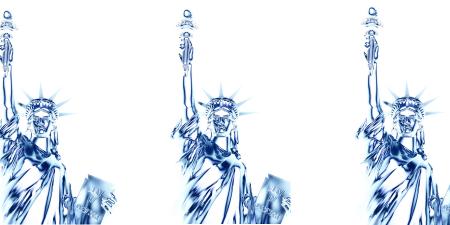 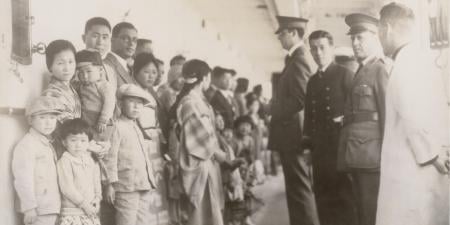