Suppose your patient, Jessica, has a routine ultrasound at 20 weeks gestation. She has picked out names and her husband is hoping for a boy. Instead, they learn they are expecting a girl…with anencephaly. Jessica is informed that this malformation is not compatible with life. She and her husband make an anguished decision to end the pregnancy. They then find out that Medicaid will not cover the cost of her abortion and she must postpone the procedure until she can collect the funds.

Situations like this are not unusual in the field of obstetrics and gynecology. Since the fetus has a lethal anomaly, continuing the pregnancy until the onset of spontaneous labor poses medical risks to Jessica with no benefits for the fetus. Therefore, some argue, not providing Jessica with the option of termination is unconscionable, and necessitating that she postpone a legal and time-sensitive medical procedure—complications of abortion increase with advanced gestational age—due to financial constraints is reprehensible.

Suppose further that, with significant effort, Jessica’s entire family helps her acquire the necessary funds and she undergoes an uncomplicated dilation and evacuation at 23 weeks. Legislation intended to restrict abortion training may create a situation in which future physicians would not be competent in providing abortions, and patients will no longer have this option.

Abortion in the U.S.

In the United States, slightly more than one in five pregnancies ends in abortion [1]. Abortion is one of the most common surgical procedures undergone by U.S. women [2]. According to predictions based on the 2008 abortion rate, almost one-third of women will have an abortion by age 45 [3]. A substantial proportion of patients seen by physicians will have had an abortion or will have one in the future, yet acquiring the necessary skills to care for 30 percent of the female patient population has been made challenging for future physicians by a number of laws and amendments.

The original Hyde Amendment was passed September 30, 1976. It was introduced in response to the U.S. Supreme Court’s 1973 Roe v. Wade decision to legalize abortion and represented the first major legislative success by the anti-abortion movement. The amendment, routinely attached to the annual appropriation bill for the Department of Health and Human Services (HHS) since 1973 [4], prohibits the use of certain federal funds to pay for abortions, with the exception of pregnancies that endanger the life of the woman or result from rape or incest. Hence, the amendment primarily affects patients covered by Medicaid, military plans, and the Indian Health Service.

The first “conscience clause,” known as the Church Amendment, was also enacted in 1973. This law established that public officials may not require individuals or entities who receive certain public funds to perform abortion or sterilization procedures or to make facilities or personnel available for the performance of such procedures if doing so “would be contrary to [the individual or entity’s] religious beliefs or moral convictions” [5]. Such clauses were reaffirmed and expanded with the Hyde-Weldon Conscience Protection Amendment that was added to the HHS Appropriations Bill and signed into law in December 2004. The amendment prohibits federal, state, and local government agencies and programs from discriminating against health care entities because they do not offer, pay for, cover, or refer for abortion [6]. While previous clauses protected individual health care professionals from discrimination, this provision covers a diverse group of health care entities, including hospitals, insurance plans, and any kind of health care facility, organization, or plan [6].

Medical practices that offer abortions are singled out by so-called targeted regulation of abortion provider (TRAP) bills. These state laws are specifically designed to present obstacles to the provision of abortion by requiring various licensures and mandating features of the clinical facility. Requirements are more stringent than those imposed on other medical practices [7]. Compliance with specific conditions may make providing abortion services extremely difficult or impossible. Increased cost or scarcity of services limit both patient and trainee access to abortion care.

The decision to perform abortions is personal and multifactorial, but, for obvious reasons, training opportunities are associated with future abortion provision, comprehensive options counseling, and referrals [8]. In 1995, responding to both the decline in residency training opportunities and the increasing shortage of abortion services, the Accreditation Council for Graduate Medical Education (ACGME) mandated explicit abortion training requirements for ob/gyn residents (though not for family medicine programs), specifying that

access to experience with induced abortion must be part of residency education. This education can be provided outside the institution. Experience with management of complications of abortion must be provided to all residents. If a residency program has a religious, moral, or legal restriction that prohibits the residents from performing abortions within the institution, the program must ensure that the residents receive satisfactory education and experience in managing the complications of abortion [9].

This ACGME mandate took effect January 1, 1996. The Coats Amendment to the Omnibus Consolidated Rescissions and Appropriations Act of 1996 soon followed [10], making it difficult to enforce the ACGME mandate. The amendment upholds the federal funding and legal status of medical institutions that do not offer abortion training or referrals for individuals seeking abortion training at another institution. Under the Coats Amendment, institutions and individuals no longer have to claim moral objections for their noncompliance [6]. The ACGME maintains that residency programs with religious or moral objections must not impede residents who do not share those objections from receiving education and experience in performing abortions at another institution. In addition, the program must publicize such a policy to all applicants to the residency program [9].

Medicare is the single largest source of funding for graduate medical education (GME). Second only to Medicare is Medicaid, another funder of GME [11]. This tax-based financing covers both direct medical education (DME) payments (for resident salaries and benefits) and indirect medical education (IME) payments (subsidies to teaching hospitals). This funding structure has become the focus of the most recent attempt to restrict abortion provision and training. Congresswoman Virginia Foxx, representing the 5th Congressional District of North Carolina, has proposed an amendment to H.R. 1216, a bill that would amend the Public Health Service Act by converting funding for GME in qualified teaching health centers from direct appropriation to an authorization of appropriations [12].

The Foxx Amendment explicitly prohibits this taxpayer-funded grant program from providing funds for abortions (except when the pregnancy puts the mother’s life at risk or is the result of rape or incest) and training of abortion doctors [13]. The amendment also includes a clause ensuring that no funds are given to a “qualified teaching health center if such center subjects any institutional or individual health care entity to discrimination on the basis that the health care entity does not provide, pay for, provide coverage of, or refer for abortions” [13]. Unlike the Hyde Amendment, which needs to be annually renewed, these prohibitions would be permanent. On May 24th, 2011, this amendment passed the House and was sent to committee in the Senate, where it awaits a vote.

Implications for the Future

Supporters of such restrictive legislation may argue that ob/gyn residents will be able to get adequate training by learning similar techniques for nonabortion-related interventions (e.g., dilation and curettage for abnormal uterine bleeding), miscarriage management, rape, incest, and maternal medical conditions. Without exposure to a significant number of patients, however, future physicians may not be competent to perform such procedures in acute or challenging situations. Induced abortion also requires specific counseling and clinical care. Training in induced abortion affords residents the opportunity not only to learn abortion techniques but also to acquire skills they will use throughout their careers, including the performance of ultrasounds and pelvic exams, administration of anesthesia, offering contraception counseling, placement of IUDs, and management of psychosocial aspects of abortion care. Abortion procedures are often thought of as confined to specialized off-site clinics, yet many aspects of comprehensive abortion care are essential to any ob/gyn physician’s practice.

Even if the Foxx Amendment does not make it through the Senate, abortion training remains jeopardized in individual states. In April 2011, the governor of Arizona signed House Bill 2384 [14]. This bill not only denies tax deductions for donations made to charitable organizations that “provide, pay for, promote, provide coverage of or provide referrals for abortion,” it also prohibits expending “public monies, tax monies, federal funds passing through the state treasury, monies paid by students as part of tuition or fees to a state university or community college” for training in performing abortions. It is too soon to evaluate the impact of these restrictions on residency training or how they will affect the ability of Arizona residency programs to remain in compliance with the ACGME mandate.

Despite the legislation that attempts to restrict or eliminate abortion training, there are initiatives that support the ACGME abortion training mandate. In the summer of 2002, New York City Mayor Michael Bloomberg’s directive to improve residency training in city hospitals marked the first time a city government required medical and surgical abortion training in publicly funded hospitals; objecting residents are allowed to opt out [15, 16]. Also in 2002, California enacted a state law (AB-2194) requiring abortion training to be available at each of California’s public medical schools [15, 16].

Such legislation is not the standard, and future laws echoing the Foxx Amendment and the Arizona house bill will continue to be proposed. Residencies may become more reliant on private funding to maintain abortion training opportunities and maintain compliance with the ACGME mandate. Since 1999, the privately funded Kenneth J. Ryan Residency Training Program in Abortion and Family Planning has supplied technical and financial support for residency programs to develop curricula and clinical opportunities for abortion training [16]. Ob/gyn residents can also pursue fellowships in family planning, which provide high-level research training and clinical skills in contraception and abortion. There are currently 23 privately funded fellowship programs available for ob/gyn physicians and 1 program for family medicine doctors [17]. Private funding, however, cannot be the answer to training future physicians in a legal procedure essential for women’s health.

Restricting abortion training runs counter to the standards set forth by both the ACGME and the American Congress of Obstetricians and Gynecologists (ACOG), which

supports education in family planning and abortion for both medical students and residents and abortion training among residents. In addition, ACOG supports availability of reproductive health services for all women, including strategies to reduce unintended pregnancy and to improve access to safe abortion services [18].

Current legislative efforts to eliminate funding for abortion training—an unprecedented restriction—have the potential to make it impossible for future physicians to meet the full scope of women’s health care needs. Previously there may have been a need to prevent discrimination against those who wished to opt out of training; now the pendulum has swung to the other extreme. Those who desire training may face significant financial barriers and may not be competent to perform abortions after completing an ob/gyn residency program, ultimately leaving patients like Jessica without options. 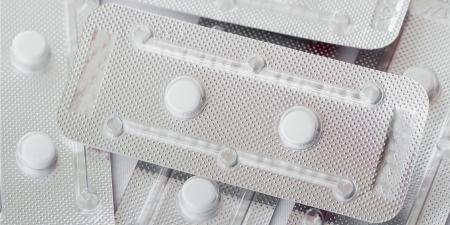