Dr. Nelson was just about to leave the office for the day when her pager went off. She returned the call, and learned that one of her patients, Andrea, was in the emergency room with what looked like pelvic inflammatory disease (PID). Dr. Nelson sighed. She had placed an intrauterine contraceptive device (IUD) for Andrea in the office last week, and the PID could be a rare complication of the procedure.

Andrea had come to the appointment last week by herself. She said that she had recently become sexually active with her boyfriend, and she really didn’t want to get pregnant. Although Andrea was only 15, laws in her state allowed her to legally consent to contraceptive services. After reviewing Andrea’s history and doing a physical exam and pregnancy test, Dr. Nelson found no medical contraindications to an IUD. Dr. Nelson counseled Andrea about the risks and benefits of the IUD and alternative methods. Andrea and Dr. Nelson agreed that the IUD was the best option.

When Dr. Nelson arrived in the emergency department, she was dismayed to hear yelling coming from Andrea’s room.

“You’re going to tell me that this isn’t because you were having sex? Well, we’ll see what the doctors have to say about that! You’re my daughter and I’m not going to have you living under my roof if you’re sleeping with that boy!”

Hoping that she could defuse the situation, Dr. Nelson headed into the room. She was met by an angry man who said he was Andrea’s father.

“What’s going on here?” he shouted. “This is because she had sex, right? Well, if she did, she’s out of my house for good!” He stormed out.

After her father left the room, Andrea pleaded with Dr. Nelson not to tell him that she was sexually active. She said that his threat was real—he’d forced her older sister to leave home when she got pregnant at age 18. Andrea said that things at home were fine and that she and her father had always gotten along well, but that he had made it clear that he believed his daughters should wait to have sex until they were married. “Even if you don’t say anything, he’s going to think this is because I’m having sex,” Andrea insisted. “Can’t you just make up another reason why I’m sick?”

Confidentiality protection is essential to providing quality health care to adolescents [1, 2]. The major causes of morbidity and mortality in this age group are related to high-risk behaviors such as unsafe sex and drug use and mental health problems like depression [3-5]. Studies find that adolescents were more likely to seek care and disclose sensitive information when they believed the physician would not disclose the information to their parents [6-8]. As stated in a position paper by the American Academy of Family Physicians, the American Academy of Pediatrics, the American College of Obstetricians and Gynecologists, and the Society for Adolescent Medicine, it is critical for sexually active adolescents to receive appropriate confidential health care and counseling [9].

Clinicians who take care of adolescents should familiarize themselves with the state and local laws that affect the rights of minors to consent to health care services, as well as federal and state laws that affect confidentiality in the provision of their health care. Physicians should discuss confidentiality with the adolescent and the parent or guardian, if present, at the first clinic visit. The clinician should stress that he or she has the same goal as the parent: the health and well being of the adolescent. While physicians should respect patients’ privacy and confidentiality, they should also encourage communication between the adolescent and his or her parents. Parental support can be a valuable tool in helping adolescents meet their health care needs [1, 9, 10].

Physicians cannot promise unconditional confidentiality to the adolescent, however. In situations where there is the potential for harm to the minor or others, such as abuse, suicidal ideation, or homicidal ideation, the physician is required by law to report the situation to the local child protective services agency. In addition, cases of certain sexually transmitted infections (STIs) must be reported to public health departments. Many state laws consider sexual activity involving a minor to be child abuse, depending on the age of those involved, and clinicians have the legal duty to report the case in accordance with the laws in their states [9, 11]. The physician should explain to the adolescent that their discussions are confidential unless the adolescent gives permission for disclosure or there is concern about serious harm to the patient or others [10, 12, 13].

Not only is Andrea requesting that Dr. Nelson protect her confidential information; she is also asking her to lie about the diagnosis. Since all states allow minors to consent to testing and treatment for STIs [14], treating Andrea in an outpatient setting without her father’s consent would have been appropriate. But now that she is in the emergency department and her father is present, should Dr. Nelson lie to protect Andrea’s confidentiality and safety? The simple answer is no, but Dr. Nelson has other ways of protecting her patient. While Dr. Nelson should still attempt to protect Andrea’s confidentiality, she should not lie.

It might seem simple to Andrea to just “make up another reason” why she is sick, but it is not the ethical thing to do. In addition, how would Dr. Nelson retain Andrea’s trust in the long run once Andrea knew she was capable of lying? Would you trust a physician who you knew was dishonest?

Lying to Andrea’s father would only temporarily delay his finding out. Andrea is most likely going to be admitted to the hospital for treatment of PID, depending on how stable she is and how comfortable Dr. Nelson feels about managing her as an outpatient. Once she is admitted, her diagnosis cannot be kept a secret. Dr. Nelson could speak to the rest of her team and nursing staff about not disclosing information to Andrea’s father, but the more opportunities there are for the information to slip out, the more likely it is to happen.

If Andrea’s father does not already know the diagnosis, he will learn it when he receives the explanation of benefits. A treatment for which a minor consents is usually his or her financial responsibility [1, 15], but when a minor is in the hospital and her parent is at her bedside, we can assume her parent is the one giving consent for treatment and is the insurance plan holder. When Andrea’s father gets the bills for her hospital care, he will see that PID is the diagnosis. Whenever he learns it, a quick internet search will make clear that PID is most commonly seen in sexually active women.

Andrea’s main concern is that her father threatened to make her leave the house if he knew she was sexually active. Every parent has the duty to provide his or her children with the basic necessities of life, including food, clothing, and shelter. This duty usually terminates when the child is emancipated, graduates from high school, enters the military, or marries. In most states, emancipation occurs for children still living at home at the age of 18 [16]. Since Andrea is 15 years old and living at home, her father could be charged with child abandonment, which is a criminal offense under state laws, if he does not provide shelter for her. Even if her father cannot legally throw Andrea out of the house, however, Dr. Nelson should not take his threat lightly. If she believes Andrea’s father might take action on his threat, Dr. Nelson should involve social services to determine the need to contact Child Protective Services while Andrea is still in the hospital. Like most adolescents, Andrea most likely would prefer not to share her sexual history with her father even if he had not threatened her, and Dr. Nelson should still try to protect her confidentiality.

Andrea’s father asked if “this” was because she had sex. What does the father know about “this”? Does he know she has a vaginal infection? Does he know it is pelvic inflammatory disease (PID)? Dr. Nelson should ask Andrea these questions to determine what her father already knows. Since Andrea might not know the answers, Dr. Nelson should ask the other clinicians involved and determine what information has already been given to the father. If he already knows it is PID, Dr. Nelson can truthfully tell him that there are different ways of getting this infection. If he does not know the diagnosis, Dr. Nelson could say that they are still doing their evaluation to determine the reason for her symptoms. If Andrea has other findings, like a urinary tract infection, Dr. Nelson could focus on those when talking to Andrea’s father without actually lying.

If the father then specifically asks whether Andrea is sexually active, Dr. Nelson should inform him that is not her immediate concern in treating Andrea’s infection and that it is something he should discuss with his daughter. While this statement does imply that she is sexually active, Dr. Nelson does not have many other options, because she should not lie to Andrea’s father.

Dr. Nelson should also reassure the father that if there were anything life-threatening involving his daughter she would inform him. This is another challenging aspect of this case, since Andrea does have a serious medical condition that requires close monitoring and compliance with treatment, once she is discharged from the hospital. While PID is usually not life-threatening, lack of compliance with treatment can have serious short-term consequences, like development of tubo-ovarian abscesses, and long-term consequences, including infertility. Dr. Nelson should assess Andrea’s maturity in understanding her diagnosis and future adherence with treatment to decide whether she feels the need to involve Andrea’s parents to assure adequate compliance.

There is no mention of Andrea’s mother in the case scenario. Dr. Nelson should also ask Andrea about her mother’s involvement in the family dynamics and if she can talk to her mother about her diagnosis. If deemed appropriate, Dr. Nelson should encourage Andrea to be honest with her mother since she would benefit from her support.

Dr. Nelson is facing one of the most challenging aspects of taking care of adolescents. She needs to provide the best care for her patient, and protecting her confidentiality is an important and necessary part of that. Adolescents need to trust their doctors in order to be able to disclose sensitive information that might impact their care. Clinicians should always encourage communication between a minor and his or her parents, but they should not force it. Clinicians should also remind the parents that they share a common goal—the well-being of the adolescent. On many occasions the parents’ reactions are not as extreme as the patient feared.

Dr. Nelson should do everything in her power to protect Andrea’s confidentiality, but lying is never recommended and, in this particular case, it would be nearly impossible to keep the diagnosis a secret. If there is a concern about her patient’s safety once she is discharged from the hospital, Dr. Nelson should involve other services prior to discharging her. 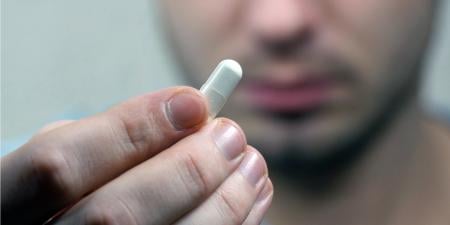 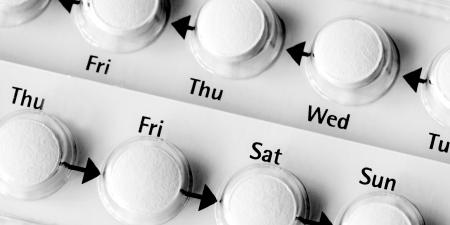 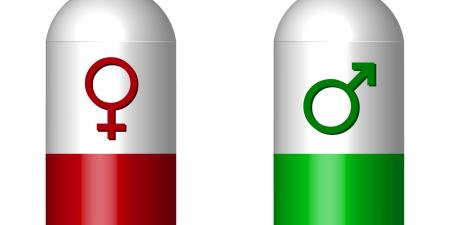 Contraceptive Justice: Why We Need a Male Pill