Race and ethnicity have always played a pivotal role in the shaping of society in the United States. From the birth of this nation, and for centuries to follow, race and ethnicity defined the bounds of citizenship [1-3]. With each consecutive wave of immigration, these bounds have been challenged, contested, and redefined, as the US has become an increasingly polychromatic mosaic of racial and ethnic categories; in fact, the very boundaries between these categories are progressively being blurred by cultural assimilation and intermarriage, calling into question the very meaning of race and ethnicity [4-5].

When Barack Obama was elected as the first United States president of African descent, much of the popular media hailed the advent of a “postracial” America [6-7]. But, as attested by the many controversies that have followed, from continuing debates over affirmative action to questions about the impact of race in high-profile criminal cases [8-12], one must wonder: what does it mean to be “postracial”? Is it achievable—or even desirable?

Far from being immune to the influence of societal mores on race and ethnicity, science and medicine have in fact been deeply shaped by prevailing racial attitudes—from the segregated patient wards of days past to current practices regarding the race-specific approval of certain drugs [13]. Conversely, biomedical advances have altered societal conceptions of race, not least of all with the advent of the human genome project and the debate over the biological significance (or absence thereof) of race [14-16]. Some of the most profound and enduring effects of society’s racial attitudes on medicine and public health are the health disparities between racial groups that, to this day, elude resolution. These health disparities, in turn, deprive underserved communities of the chance to achieve their full potential as members of our society [17, 18].

This issue of Virtual Mentor explores the many intersections of race, ethnicity, and medicine, touching upon both historical events and emerging dilemmas.

In the first case commentary, Tom E. Finucane, MD, questions the commonplace practice of citing patients’ race in clinical presentations on the ward—and students’ role in challenging practices that they find questionable. Ruth M. Farrell, MD, MA, Holly Pederson, MD, and Shilpa Padia, MD, explore emerging challenges caused by the widespread availability of direct-to-consumer genetic testing, a timely issue given the Food and Drug Administration’s recent warning to genetic testing provider 23andMe [19]. In a third case commentary, Brian W. Powers and Sachin H. Jain, MD, MBA, address the tricky question of how to respond to patients’ racial and ethnic biases. An opinion from the AMA’s Code of Medical Ethicsalerts physicians to the presence of race-related disparities in health care and provides guidelines for minimizing them.

Any effort to change the ways in which race and ethnicity affect the practice of medicine must include the education of physicians in training. Katherine Bakke, Kartik Sidhar, and Arno Kumagai, MD, present an innovative approach to incorporating discussions of race, ethnicity, and privilege in medical education that goes well beyond the notion of “cultural competency.” Constitutional challenges related to affirmative action policies in medical education are debated by Shanta Driver, JD, and Abigail Thernstrom, PhD.

Drawing from the lessons of the past, Robert Baker, PhD, recounts the struggle of African American physicians to be included in the American Medical Association, and Brooke Cunningham, MD, PhD, reviews the ever-evolving struggle to define race and ethnicity biologically, culturally, or perhaps as something that becomes embodied over time. Finally, Thomas P. Duffy, MD, shares his experience of learning medicine in a segregated hospital and his reflections on cultivating conscious and critical awareness of our own attitudes and practices, so that we may see and rectify our misdeeds.

As our society’s understanding of race and ethnicity evolves, we must learn from the sins of the past and remain vigilant about the ways in which we may be harming or failing our patients today. At stake lies the medical profession’s ability to uphold the promise of “complete physical, mental and social well-being” for all [20]. It is my sincere hope that this issue will be informative to readers and that it will trigger both reflection and action so that we may contribute to greater justice and equality. 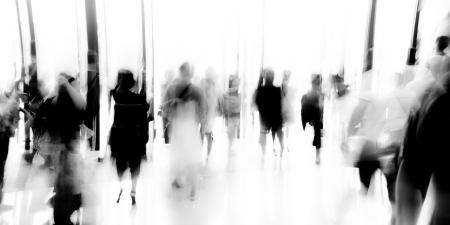 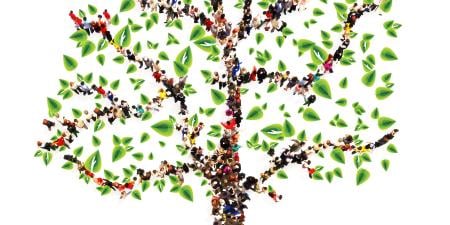