Last year marked the twentieth anniversary of the NIH Revitalization Act, which set forth guidelines for the recruitment of women and members of racial and ethnic minority groups in federally sponsored human subjects research. To address their longstanding underrepresentation in clinical research studies, the Revitalization Act mandated that members of racial and ethnic minority groups be enrolled in studies in adequate numbers to allow for “valid analysis” of differences among racial and ethnic subgroups [1]. Depending on the clinical research study context, this “valid analysis” may make it possible to achieve one of two methodological goals: either definitive testing of a priori hypotheses about race-related differences in study variables or outcomes or the discovery of novel race-related differences that could help generate new hypotheses about health disparities [2, 3].

In addition to these primary methodological goals, an ethical rationale for the mandate has also been highlighted: increased representation of minority groups in clinical research studies results in more equitable sharing of the risks and benefits of clinical trial participation [2, 3]. This goal of distributive justice in research participation may be particularly important in the context of some diseases, such as cancer or heart disease, in which trial participants have derived benefits such as improved survival compared to nonparticipants, even when accounting for demographic and clinical characteristics [4-6]. Since the Revitalization Act was issued, the Food and Drug Administration has also encouraged, though not mandated, investigators to increase minority group enrollment into clinical trials [7]. Despite these efforts to increase minority group participation in federally funded research, many clinical research studies still lack sufficient diversity among subjects to allow for any valid subgroup analyses [8-10].

Investigators have expressed concern that the Revitalization Act mandate inadvertently encourages misguided approaches to recruitment of minority group members [11]. To qualify for federal research funding, investigators are required to complete a target enrollment table (stratified by race, ethnicity, and gender) and to outline a brief explanation for these goals. Ideally, recruitment goals would be tied to clinical research objectives, but investigators admit to uncertainty about how the mandate should inform their recruitment goals [12]. Minority group recruitment goals can be based either on the group’s representation within a disease population or within the general local population [13]. Methodologically, using a group’s representation in a disease population or in a local population to guide recruitment of its members may increase generalizability of study results to the broader disease population or local population [13]. From an ethical standpoint, either of these approaches would ensure some distribution of risks and benefits of trial participation in accordance with minority group representation.

Simply accruing a particular number of participants from racial and ethnic minority groups may actually have the unintended effect of increasing the burden of participation within a smaller sample population. Studies have demonstrated that clinical research participants are more likely to be insured, have access to clinical specialists, and reside in geographic areas of higher socioeconomic status [14, 15]. These patterns suggest that clinical research participants may represent a small, somewhat select population of people receiving care at institutions where clinical research is conducted. Within these institutions, investigators may repeatedly look toward an even smaller group of participants from minority groups in attempts to satisfy federal minority recruitment requirements. Conversely, those outside of the most accessible sample population are far less likely to be offered enrollment in a clinical research study. The result would be an inequitable distribution of opportunities for trial enrollment that would run counter to the distributive justice goal of the mandate.

A shift from a focus on absolute numbers to a broader consideration of the approach for minority group member recruitment may accomplish the Revitalization Act’s goals more effectively. It may be beneficial for investigators to report their minority group recruitment methods in addition to enrollment goals. For example, a community partnership that gives members of a minority community an active role in conceiving and planning the research study might make them more likely to participate as equal partners in the research [16]. Extending opportunities for research to locations where larger proportions of patients from minority groups receive care would make research participation more accessible to them. The National Cancer Institute has adopted this approach in its Minority-Based Community Clinical Oncology Program, which has demonstrated increased minority group recruitment through engaging health care institutions that serve minority populations [17]. Federal funding agencies should continue to increase support for the testing of effective recruitment interventions, particularly through enhanced engagement of minority populations. Encouraging investigators to report minority group recruitment methods may increase their consideration of approaches aimed at expanding minority group engagement beyond the walls of more research-intense institutions and assuring a more equitable distribution of opportunities for research participation.

In addition to expanding the focus beyond the mere numbers of minority group members enrolled, investigators should consider sociodemographic factors other than race that contribute to health disparities. A narrow focus on race in setting recruitment goals can reify race as a reliable marker of biological or behavioral differences [18, 19]. Race is an imperfect social construct that may reflect some differences in genetic lineages but confers few significant biological differences that impact study variables and outcomes [18].

Apart from the biological realm, race is also used to characterize groups presumed to share some common cultural norms and health beliefs, as well as exposures to environmental factors. However, the use of this imperfect construct is prone to stereotyping and misclassification not only of individuals, but also of the social environments that influence their health. Though reports on health disparities often associate certain deleterious traits or poor outcomes with particular racial or ethnic groups, other social determinants of health, such as education, income, insurance status, place of residence (e.g., rural or urban), are often more directly responsible for many of the differences observed [20]. The association of certain health outcomes with race is frequently due to the prevalence of other social determinants among members of particular racial or ethnic minority groups [20]. The need to disentangle the influence of race from that of other social determinants may be particularly important in clinical effectiveness and behavioral intervention studies, both research contexts in which participants’ “real world” social environments can strongly influence study outcomes. Using race as the sole consideration for recruitment and subsequent subgroup analyses may lead to disparities in health status being inappropriately attributed to race or ethnicity instead of differences in other social determinants.

The goal of recruiting populations into studies to examine these health disparities may be better served by recruiting from sample populations in which there is significant variation in these other social determinants. Compared to factors such as income, education, or insurance status, race and ethnicity may be more readily identifiable traits for use in identifying particular groups for recruitment into clinical research studies. Yet investigators can enrich their study samples for other social factors related to poor outcomes by using clinical administrative data and area-level statistics to identify clinic- and community-based populations, respectively, for study recruitment. A direct focus on social determinants other than race could obviate the need to rely on race and ethnicity as proxies for the broader array of social determinants of health. As investigators shift away from race toward other social determinants of health disparities, federal funding agencies should encourage a parallel shift toward the consideration of social determinants when planning for study recruitment and pertinent subgroup analyses.

Over the last two decades, the Revitalization Act mandate has improved awareness among investigators of the importance of enrolling minority group members in clinical research studies. Though evaluating recruitment goals and study enrollment relies on the reporting of absolute numbers of individuals, the approaches to recruitment and enrollment should not be limited to reaching a distinct recruitment target group to the exclusion of considerations of other social determinants that contribute to health disparities. A dual focus on individual recruitment goals and proposed approaches for recruitment of minority groups and communities may better ensure that investigators have identified a reasonable means of achieving adequate enrollment for valid subgroup analyses and expanding the distribution of research participation opportunities. When defining underrepresented subgroups deserving of special attention during recruitment, other social determinants of health bear consideration. The pragmatic focus on absolute numbers of minority group participants to allow for the examination of differences between racial and ethnic subgroups should evolve to include other elements that might be important to satisfying both the methodological and ethical rationales for the mandate. 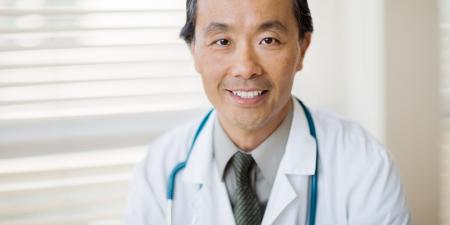