Ms. Stewart was eagerly awaiting her upcoming trip to Boston to celebrate her parents’ fiftieth wedding anniversary. She had grown up in a large Irish family, with two brothers and two sisters, but she rarely got to see them since moving to Oregon for her job. She was especially looking forward to seeing her sister Anna, who was recovering from a mastectomy after receiving a diagnosis of breast cancer several months earlier.

As a gift to her parents, Ms. Stewart had decided to create a book tracing the family’s genealogy. Growing up, her mother told her stories about how her great-grandfather had arrived at Ellis Island with hardly anything besides the clothes on his back, and she had always been curious about the family’s roots in Ireland. As she was searching the Internet for genealogy records websites, an advertisement on the side of her screen caught her eye. “Find out where your genes come from!” Her curiosity piqued, Ms. Stewart clicked on the link to geneheritage.com, an online service for genetic testing of ancestry and ethnicity. She had heard of these online genetic testing services before and even read in a magazine that one of her favorite actresses had gotten one, but she had never before thought of doing it herself. “I could put it in the book,” she thought, as she perused the website. She decided to order a kit and, a few days later, she sent off a cheek swab for the DNA tests.

Two weeks later, Ms. Stewart got her eagerly awaited results. To her surprise, the results indicated that she carried several polymorphisms that are known to be more common among Ashkenazi Jews than in the general population. According to the test, she had 23 percent Ashkenazi Jewish ancestry in her genetic panel.

Later that week, Ms. Stewart went to see her primary care physician, Dr. Lowe, for her annual physical. During the review of systems when Dr. Lowe asked her whether she had had any lumps or pain in her breasts, Ms. Stewart hesitated a bit. “Well I haven’t had any problems, but I was thinking…I want to get tested for the breast cancer gene.”

Somewhat surprised, Dr. Lowe explained that the BRCA is not a routine test and is recommended for women who are at increased risk of breast cancer due to their family history and ancestry.

“Well that’s just it,” Ms. Stewart responded. “You know my sister had breast cancer recently, and now I just took this test and it turns out that I’m part Jewish. I think I need the test.”

In the case of breast cancer risk, genetic testing can provide important information to help guide the patient through a number of personal and medical choices about her health [1]. Genetic testing is most informative when performed first on the family member at the highest risk of having a mutation. In this case, it would be Ms. Stewart’s sister [2], and her breast cancer is sufficient indication for genetic counseling and possible testing even in absence of ancestry information [3].

Ancestry information can assist in identifying people who may be at increased risk for heritable disease. Most commonly, this information is obtained from discussions with family members, discussions that can be key in identifying and contextualizing an individual’s heritable health risk. While reported family history provides insight into possible risk status, it may be limited since some families are not fully aware of or forthcoming about their family history. Increasingly, patients are turning to ancestry testing to gain this information, using direct-to-consumer (DTC) kits sold by independent manufacturers. These tests use either a single genetic and genomic analytic approach or a combination of methods to analyze an individual’s DNA and draw inferences about ancestry [4].

In the hypothetical case of Ms. Stewart, information from the ancestry test may not significantly alter the course of action regarding referral for genetic counseling and possible testing. However, it is important to recognize the ethical issues associated with DTC genetic testing [5]. One of most relevant issues for this case is the fact that the results may not accurately reflect Ms. Stewart’s ancestral background. This could be due to the genetic markers the test manufacturer elects to use, how it defines reference populations, and the statistical methods and interpretations used to analyze the genetic data, all these in addition to baseline variability in human genetic diversity [6, 7]. The information gained from DTC ancestry testing may not correctly categorize an individual into one of the recognized ancestral groups, a concept about which there is already a lack of scientific and sociological consensus [6]. The test may either misattribute someone to an ancestral group or, equally problematically, fail to identify another ancestral link associated with increased risk. This could lead to either false reassurance or unwarranted concern in response to news about the presence or absence of risk based on ancestry. Questions remain not only about how users should interpret these data but also if and how clinicians can use this information in a meaningful way.

If the DTC ancestry test correctly identified Ashkenazi Jewish ancestry in Ms. Stewart’s case, that information could be of value in determining whether further testing is recommended [8]. Ashkenazi Jewish ancestry is a well-known ancestral lineage linked to a three specific recurring mutations. [9] This ancestry confers a 1 in 40 chance of carrying a BRCA gene mutation, in comparison to the 1 in 300 chance in the general population [2, 10]. Other ancestries also come with an increased risk of developing breast cancer, including those from the Netherlands, Iceland, Norway, and Sweden [9, 11-14]. In Ms. Stewart’s case, the information obtained from the ancestry test did not speak to other possible ancestral associations that may have also shed light on her situation. Furthermore, BRCA gene mutations are not the only cause of hereditary breast cancer. Cowden syndrome, Li-Fraumeni syndrome, hereditary diffuse gastric cancer, and Peutz-Jegher’s syndrome all increase breast cancer risk [15, 16].

People with a high risk for carrying genetic mutations, such as women of Ashkenazi Jewish descent, are advised to seek genetic counseling and consider genetic testing at any age if they have breast or ovarian or pancreatic cancer [2]. One of the leading concerns regarding DTC genetic testing is that it does not involve the guidance of a medical professional, either a genetic counselor or a physician trained in clinical genetics. Professional society guidelines recommend that genetic testing be done only in association with genetic counseling [2, 17] This is critical; before being tested, DTC test users should understand the limitations, risks, and consequences of acquiring genetic information about themselves (whether in the clinical or direct-to-consumer arena) and the possibility of finding gene variants of uncertain significance.

Genetic counseling is paramount. This includes appropriate pre- and post-test counseling to prepare the patient for personal and medical consequences that can come from learning such information. Genetic counseling can often be reassuring in situations in which a likelihood of heritable cancer risk is low. Genetic counseling may empower both Ms. Stewart and her sister to make educated and informed decisions about genetic testing, cancer screening, and prevention. In absence of pre- and post-test counseling, users may not be ready to confront personal risk information that can alter perspectives and choices about their life and health care or to frame future reproductive decisions based on knowledge of a heritable risk [5]. For example, Ms. Stewart’s sister, who already has the diagnosis of breast cancer, has a 1 in 10 chance of being a BRCA gene mutation carrier if, in fact, the ancestry information is accurate [10]. Furthermore, users may learn information about their families that may be unexpected or even considered undesirable, something that could result in profound personal conflict [6]. This raises larger questions about when and how to disclose what has been learned.

Finally, ambiguity surrounds how individual DTC test manufacturers subsequently store and use the genetic sample, so consumers must also be aware of issues related to privacy and confidentiality of their information after the testing process is completed.

It is imperative that a patient be referred for genetic counseling if there is concern about a genetic predisposition for disease. When evaluating an individual with breast cancer or who is at high risk for developing breast cancer, it is important to obtain a detailed medical and family history. Information gathering includes ancestry as certain ethnic groups, such as those listed here, are a few of the better known groups with documented genetic mutations. Until further data can be obtained about the accuracy and precision of DTC ancestry tests and their clinical utility, family history remains a primary way of acquiring this information. However, given the growing presence of genetics and genomics, clinicians must educate themselves about the medical and ethical implications of such tests, whether offered in the clinical or DTC context. Without such knowledge, clinicians will be limited in how they guide their patients through the often difficult decisions that must be made in light of this information. 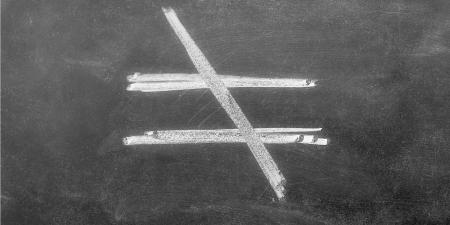 The Racially Unequal Impact of the US Organ Procurement System 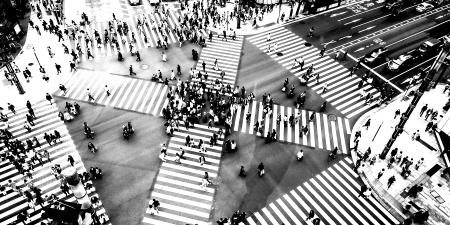