As the HIV/AIDS epidemic swept across the United States and the world over the past 25-plus years, those engaged in prevention activities recognized that effective health communication was vital to stemming its progress [1-3]. Given that no cure or vaccine is on the horizon, prevention information—from knowledge of HIV transmission routes to behavior-change messages that encourage individuals and communities to reduce sexual and drug-risk behaviors—remains a key intervention strategy.

The mass media have traditionally played an important role in this effort, serving as the conduit for scores of public-service campaigns [4, 5]. In addition to such traditional campaigns, the development, launch, and evaluation of entertainment-education (EE) initiatives have increased in the United States and worldwide [6, 7]. More recently, Internet-based media are playing a role in HIV/AIDS prevention efforts [8].

Health-communication campaigns are typically defined as efforts “to generate specific outcomes or effects in a relatively large number of individuals, usually within a specified period of time, and through an organized set of communication activities” [9]. Campaigns employ single or multiple media at the national, regional, and local levels, either as stand-alone efforts or as part of multicomponent programs involving such strategies as community coalitions, peer education, counseling, group discussions/support groups, hotlines, and provision of campaign-related materials (e.g., brochures, condoms, etc.). While media spots such as televised public service announcements (PSAs) are often an essential element of campaign efforts, in practice they are typically only a single part of a larger campaign [5]. In fact, only about one-quarter of published campaigns use a single media channel; the remainder use multiple media channels, and most involve multiple campaign strategies to get the message out.

The earliest major HIV/AIDS PSA campaign initiative in the United States was America Responds to AIDS, launched in 1987 to raise the public’s awareness of the disease. The campaign continued to be designed generally for the public at large, although some messages were aimed at higher-risk audiences [10, 11].

More recent campaigns have been designed specifically for at-risk audiences—sex workers and injection drug users—with the goal of changing high-risk behaviors rather than simply raising awareness about AIDS [5, 12-15]. The Kaiser Family Foundation has partnered with several media organizations in recent years to prevent HIV/AIDS among youth. The campaigns and partners include Rap it Up (with Black Entertainment Television), Staying Alive (with MTV), Fight for Your Rights: Protect Yourself (with MTV), and KNOW HIV/AIDS (with Viacom) [16]. In addition to using PSAs, these youth-centered initiatives integrate HIV/AIDS storylines into popular television programs, a concept known as entertainment education. Finally, the CDC is preparing to introduce Act Against AIDS in the United States, a multiyear, multifaceted prevention campaign that will use mass media and direct-to-consumer channels with the hope of reducing new HIV infections among the highest-risk populations, notably African Americans. The theme for the kick-off phase is “9 1/2 minutes,” emphasizing the fact that someone becomes infected with HIV in the United States every 9-1/2 minutes [17].

Can we measure the impact of the campaign efforts described above? Given that health-communication campaigns are conducted in the field and therefore cannot typically be evaluated using randomized controlled trials, many  campaigns have suffered from poor evaluation design [5, 11]. Despite this, there is evidence from several studies with quasi-experimental designs that media campaigns can reduce rates of unprotected sex and increase HIV testing behaviors, although effects are typically short term [5, 14, 18, 19]. Future evaluation studies will apply more rigorous designs tailored to assessing health-communication campaigns [20].

The EE approach integrates health information into offerings that are primarily entertaining, especially those with narrative structures [21]. Prevention messages that use mass media EE reach large audiences and engage them through memorable plots and appealing characters. EE weaves health information into a short-term storyline within an ongoing commercial television series [22]. Most HIV storylines are in afternoon soap operas or evening dramas, but some situation comedies (e.g., “Girlfriends”) have included HIV storylines. The narrative format makes it possible to demonstrate strategies for overcoming barriers to a recommended behavior and the consequences of either adopting the behavior or failing to do so. Hollywood writers and producers retain creative control over content, and their primary concern is increasing viewership, not promoting public health, but they often collaborate with HIV experts to ensure that the health information in their shows is accurate and that prevention messages are compelling.

One evaluated example was a storyline in “The Bold and the Beautiful,” an afternoon soap opera. After an episode in which a character disclosed his positive serostatus to his fiancee, viewers were urged to call the National AIDS Hotline if they wanted more information about the disease. Calls to the hotline spiked dramatically during those time slots, and the spikes were significantly higher than others that year that coincided either with PSA campaigns representing much more air time (e.g., the week-long Rap it Up campaign) or AIDS information spots on shows (e.g., “60 Minutes”) with substantially larger audiences [23].

Other TV shows have addressed risk factors for HIV infection. One storyline in the primetime drama “ER” concerned syphilis, a disease that increases the risk of HIV infection among urban gay men [24]. In a post-episode online survey of men visiting chat rooms, viewers were significantly more likely than nonviewers to say they intended to be screened for syphilis and tell others to be screened [25]. Another disease risk factor—the perception among 12-to-17 year olds that condom use is sufficient protection—was affected by a mixed-message episode of the situation comedy “Friends” [26]. The episode dramatized a pregnancy that resulted from one night of sexual activity during which there was condom use. Meanwhile, “Condoms are only 97% effective,” flashed across the screen. More than half of the viewers remembered the message to be: “…lots of times, condoms don’t prevent pregnancy.” Forty percent of teen viewers, however, watched the show with an adult, and these teens were more likely than either nonviewers or solo viewers to say that condoms are highly effective.

We need a better understanding of how EE works, so that positive effects can be strengthened. It is also important to learn how transmitting EE offerings through new, social, and interactive media affects outcomes.

The Internet, a communication channel with the ability to deliver multimedia and interactive content to specific audiences, has become a portal for HIV/AIDS prevention messages [27]. While mass media are often concerned with reaching general audiences, the Internet offers the possibility of narrowcasting to more carefully defined groups and even tailoring HIV-prevention messages to individuals [28, 29].

The Internet also presents an opportunity to reach high-risk individuals who may not be accessible through traditional community-based settings [30]. Indeed, studies show that many use the Internet to seek sex partners online, and, moreover, that those who use the Internet for this purpose tend to engage in higher-risk sexual behaviors than those who do not [31, 32]. For these reasons, many cities have undertaken major Internet-based outreach and intervention initiatives to find and engage members of these high-risk populations. The Internet has been used for banner ads, chat-room outreach, and online-partner notification [33].

Studies have shown that safer-sex and HIV/AIDS-prevention resources on the Internet vary widely. While many web sites consist merely of safer-sex information, others feature animation, video clips, video games, quizzes, and polls [34-36]. More sophisticated web sites offer communication opportunities, such as message boards and chat rooms, with some providing peers or experts who are available to talk, e-mail, or reply on message boards [36]. Many web sites are stand-alone ventures, while others are associated with campaigns like those described above, although it is not yet clear how they can best contribute to campaign effectiveness.

Most online safer-sex resources have not been evaluated for efficacy, but there is a growing literature on computer-based interventions in general, and these studies include rigorous evaluations. By way of definition, computer-based interventions are those that use computers as the primary or sole medium from which to deliver a message [37]. Some of these applications are Internet-based; others are stand-alone computer programs or CD- ROMs that run on local computers in community or clinical settings. These programs vary widely in their make-up; some tailor responses to individual characteristics, others address particular at-risk groups, while interactive-video applications seek to simulate the decision-making experiences that one encounters in a sexual situation [38-40].

A recent meta-analytic study synthesized the literature on the first 12 randomized controlled trials on the effect of computer-based interventions on safer-sexual behaviors [37]. Results indicated that the interventions were effective in improving condom use and that the effects were similar to those produced by previously tested human-delivered messages. While only a small number of studies measured other outcomes, such as number of sexual partners and incidence of sexually transmitted diseases, results in those studies indicate a positive impact on these outcomes [37]. These results are promising for the future application of programs and other computer-based technologies to communicate HIV-prevention messages.

The area of new media technologies and HIV prevention is ripe for research and innovation. Studies are needed to help us understand how to best harness the potential of the Internet as a prevention tool. Given the broad use, and increasing sophistication of cell phones (and various mobile devices), studies are beginning to examine HIV prevention via mobile devices, including text messaging [41, 42]. Finally, studies of HIV-prevention messages using social networking web sites such as Facebook and MySpace are warranted [43]. 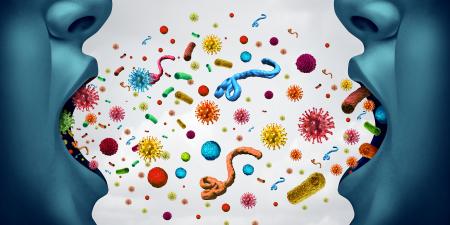