The low transmission rates from mother to child are the result of the nature of HIV infection and transmission. When HIV enters a person’s bloodstream, his or her immune system reacts by producing antibodies to fight the virus [5]. Since newborns keep their mother’s antibodies until they produce their own antibodies at around 18 months of age, a positive neonatal HIV test result reveals the presence of maternal antibodies that indicate exposure to the virus, not necessarily infection by the virus. A baby born to an HIV-positive mother will thus always test positive for HIV, whether that newborn is truly seropositive or not. If the virus did not infect the baby, the baby will eventually lose its mother’s antibodies and test negative for HIV. Diagnosis of HIV infection in newborns can be made during the first weeks of life using virologic assays, specifically HIV-1 DNA or RNA assays [6].

It is possible to prevent transmission of the virus to HIV-exposed infants, but early recognition of the maternal antibodies is essential to ensuring these benefits. When treatment of newborns whose exposure to HIV was first detected after birth was begun within the first 48 hours of life, the transmission rate was approximately 9 percent; when begun on day 3 of life or later, the transmission rate rises to approximately 18 percent [7, 8]. The survival rate for HIV-infected infants is extremely low. These infants suffer from a variety of preventable or manageable infections, including meningitis, Pneumocystis carinii pneumonia (PCP), and tuberculosis. Though there is no cure for HIV, the duration and quality of life of an infected child can be enhanced by antiretroviral drugs and other drug therapy, nutritional monitoring, and a proper immunization schedule.

To promote early diagnosis of newborns who have been exposed to or infected perinatally with the HIV virus, some states have enacted laws that call for routine or mandatory screening of newborns for HIV. Newborn screening programs are not new and can be mandatory, voluntary, or routine with an opt-out provision [4]. Five criteria generally must be satisfied before a disease is considered appropriate for newborn screening [9]:

All states have statutes, regulations, or policies requiring newborn screening for specified health risks. Most states routinely test newborns anonymously for the presence of HIV antibodies (blind testing), and nine states have enacted legislation pertaining to unblind newborn HIV testing [5]. The most restrictive statute is New York’s, which requires unblind testing of all newborns born to mothers whose HIV status is unknown or undocumented. New York chose unblind newborn HIV testing after deciding that the public health benefits of testing warranted infringement of individual liberty.

New York accounts for roughly one-fourth of the country’s pediatric HIV infections, with more than 87 percent of those infections in New York City [2]. In the 1980s, New York was among a group of states that enacted blind newborn testing under the CDC’s guidance. While names and test results were not connected, other demographic data from the mother were recorded and tracked. Blind newborn testing caused controversy because the practice released HIV-positive newborns to their mothers, who may or may not have known of their infants’ status, so there was not an opportunity to allow the newborns to receive treatment that may have prolonged their lives. This concern led New York to pass the AIDS Baby Bill [2].

Under the New York public health statute that resulted from the AIDS Baby Bill, all newborns must be tested for HIV, whether or not the mother consents [10]. Before a newborn is tested, the mother or parent must be informed about the purpose and need for the test [11]. New York’s Department of Health also requires all prenatal caregivers to: (1) counsel and encourage pregnant women to be tested as early as possible during the pregnancy, and (2) inform pregnant women about the mandatory newborn testing requirements [1, 3, 12]. Further, hospitals must conduct expedited HIV testing of any newborn whose mother is not on record as having been tested for HIV during pregnancy and who declined a rapid HIV test during labor and delivery [3, 12]. If a newborn tests positive for HIV antibodies, the regulations state that the “responsible physician” shall take further steps, such as arranging for post-test counseling, health care, case management, and other health and social services for the newborn and mother [11].

As the commissioner of the New York State Health Department has explained, this essentially means that women in labor who were not tested during prenatal care will learn their HIV status during or immediately after delivery [3]. The stated purposes of the regulations are to “achieve the goal of universal prenatal counseling and testing,” and to “ensure that newborns who are born exposed to HIV receive prompt and immediate care and treatment that can enhance, prolong, and possibly save their lives” [1, 3].

A primary criticism of New York’s law on newborn testing for HIV is that it fails to provide for needed counseling and long-term care for those mothers whose infants test positive for HIV. Critics of the law say that the mandatory testing thus does not effectuate the goal of preventing the spread of HIV/AIDS [9]. Concerns have also been raised over the law’s constitutionality.

New York’s newborn testing policy does not provide for the right to refuse the test, with the practical result that the test can indirectly reveal the serostatus of the mother.  This forced disclosure compromises the mother’s constitutional rights, particularly her right to privacy (confidentiality and autonomy) and procreative rights.

New York’s newborn testing policy also compromises the right of parental autonomy under principles of informed consent. Parents have an independent interest in parenting that shields family privacy from coercive state intervention [4]. That is, parents have a constitutionally protected liberty interest in establishing a home and rearing children and are presumed under the law to be acting in the best interest of their child when they make decisions on the children’s behalf [4]. The state, however, maintains a parens patriae interest in child’s well being, which the courts have used to allow the state to compel medical treatment for a child over a parent’s objection [4]. Newborn testing programs invoke the state’s parens patriae interest. Therefore, while mandatory newborn testing programs may violate the right of parental autonomy, the state’s interest in protecting the health of its newest citizens may lead a court to conclude that such a mandatory program is justified.

Because mandatory newborn screening for HIV potentially infringes on a woman’s constitutionally protected rights and does not, in the view of its detractors, represent the most effective or least restrictive alternative to accomplish the state’s purpose of bringing HIV-positive children into treatment, it is not the best solution to the problem of neonatal HIV transmission [5, 9]. Research has shown that efforts to reduce HIV transmission should be taken during pregnancy and in conjunction with counseling and education programs [9]. Further, the state cannot fulfill its stated purposes—preventing the spread of HIV/AIDS—without ensuring access to care or treatment for HIV-infected women and their children [4, 5]. As Linda Farber Post points out,

only by enlisting the cooperation of those at risk through counseling, education, support, and access to needed medical and social services will the behavior modification necessary to prevent AIDS transmission be accomplished, and there is no evidence that disclosure to parents of their newborns’ HIV status results in either the mothers’ modification of high-risk behavior, or their obtaining medical treatment for their children [5]. 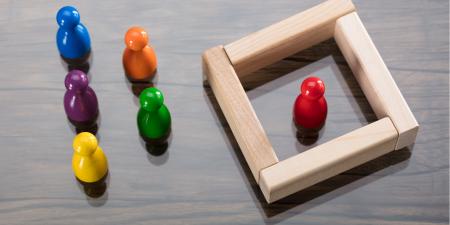 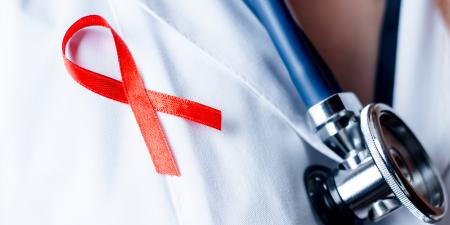