As a public health professional, I have been astounded at the degree of attention that has followed the discovery and spread of the H1N1 virus in the United States. While it is, of course, reasonable that we—as professionals and members of the general public—are aware of emerging infectious diseases and ways to prevent transmission, the level of media coverage and awareness of this disease since the first American case was reported in April 2009 seems to have gone from cautious observation to occasional hysteria. Hand sanitizer dispensers are now ubiquitous in restrooms and at the entryways of buildings. The public is being urged to adopt preventive behavior changes, such as frequent hand washing and sneezing into one’s sleeve or elbow if tissues are not available [1]. While the use of facemasks has diminished since the early days of the outbreak, one can only wonder whether or not this behavior will resurface as the 2009 to 2010 flu season gets underway [1, 2].

Perhaps one of the reasons for the vigilance being exercised to prevent H1N1 transmission is that it is indeed a contagious disease that can be spread from person to person. The Centers for Disease Control and Prevention (CDC) has estimated that, during the 1990s, approximately 36,000 people in the United States died each year of seasonal flu-related causes [3]. Anyone—young or old, black or white, rich or poor, can be infected. While some individuals are at greater risk of H1N1 infection, we’re all vulnerable to the disease.

But can’t the same be said about HIV?

Like H1N1, HIV is a contagious disease that can be spread through interpersonal contact. Mortality data from the CDC shows that, in 1990, there were approximately 26,000 deaths in the United States attributable due to HIV/AIDS; that number rose to a high of approximately 45,000 deaths in 1995 [4]. While the advent of highly active antiretroviral therapies has contributed to a much lower mortality rate, there are still 15,000 deaths each year from HIV/AIDS-related causes [5]. And anyone can be infected. While some individuals are at greater risk for HIV infection, we’re all vulnerable to the disease.

Unlike H1N1, though, the media coverage of and public vigilance about HIV has, at best, been sporadic throughout the 25-plus years that this virus has been active in humans. While public attention to HIV/AIDS does occasionally spike, these spikes are usually connected to the occurrences of large international conferences and periodic scientific advances. A total of 1.1 million Americans are currently living with HIV/AIDS. Revised estimates showed that more new infections (56,000) occur each year than we had previously thought (40,000).

At this point, a word must be said about the obvious difference between H1N1 and HIV: mode of transmission. For any epidemic outbreak, the primary goals of the public health and broader health care workforce are to contain the spread of the infectious agent and educate people on how they can remain uninfected. This is true for both H1N1 and HIV. H1N1 is easily transmissible through casual contact with an infected person (e.g., coughing, sneezing) or contact with a contaminated surface or object, so people may be exposed to the virus without even knowing it. In this case, vigilance on the part of uninfected individuals is paramount to avoiding disease.

While HIV is certainly not as easily transmitted, it can still be argued that it is possible for people to be exposed to the virus without knowing it. Indeed, data indicate that 25 percent of all HIV-infected persons are not aware of their infection, and someone in the United States becomes infected every 9-1/2 minutes [6, 7]. So, just as with H1N1, vigilance on the part of uninfected individuals is paramount for avoiding disease. Despite these statistics, far too many Americans continue to think of HIV as something that happens to other people.

Perhaps one of the main reasons for this cognitive dissonance lies in the fact that, unlike H1N1, HIV/AIDS disproportionately affects those who are on the socioeconomic and cultural margins of what we’ve been come to know as mainstream American society. To wit:

Despite the many social- and civil-rights advances that have been made to date, pervasive social forces such as stigma, homophobia, bigotry, discrimination, and disparities in access to health care have ensured that these populations remain on the outside. These social forces are still alive and deeply rooted in our society. Those seeking evidence of this fact need only visit a homeless shelter, witness public protests of gay marriage, or listen to certain members of Congress present their opposition to syringe exchange or comprehensive sex education.

Would the general public’s response to HIV/AIDS be different if those afflicted were “ordinary Americans,” i.e., predominantly white, middle-class heterosexuals with good health coverage, easy access to care, and no history of risk behavior? This question cannot be answered with hard data. Judging from the emotionally charged debate over a proposed health care plan that might be more inclusive of the needs of the disadvantaged, and publicly expressed fears about how the proposed legislation would affect “ordinary Americans,” I would argue that the answer to this question is a resounding “yes.”

If those at greatest risk for HIV infection more closely resembled “ordinary Americans,” public vigilance about HIV prevention might be comparable to the response currently associated with H1N1. But, ideally, the population’s response to an epidemic should not be dependent on whether or not the at-risk individual fits the “ordinary American” profile. Our nation is diverse, and its diversity encompasses race, ethnicity, socioeconomic status, sexual orientation, and health status. As Americans, we are all vulnerable to epidemics like H1N1 and HIV. And, as Americans, we all need access to the educational resources, prevention services, and medical care that are essential to staying healthy. If our policymakers could agree with this principle, we might finally achieve the establishment of a health system in which all people have equal access to care, regardless of who they are or what their illness may be. 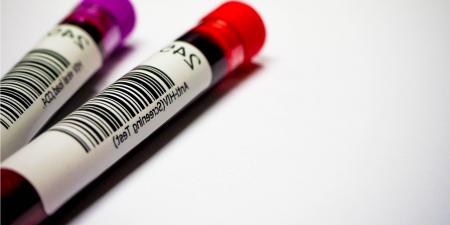