On a bitterly cold January evening in New York City, Mr. McCaffrey, a 63-year-old homeless man well known to the hospital, came into the emergency room complaining of generalized weakness, intense pain on coughing, and pain suggestive of a heart attack.

Dr. Edwards, a first-year resident, interviewed Mr. McCaffrey, consulted with the attending physician, and subsequently ordered a number of tests. All tests were negative, suggesting that Mr. McCaffrey did not have a heart attack.

Dr. Edwards began to suspect that her patient was malingering. She spoke with Mr. McCaffrey, who confessed that he was hungry and didn't want to endure the cold weather outside. It was clear that Mr. McCaffrey was in suboptimal health because of his homelessness and age and it was quite possible that, if the hospital were to put him on the street, he might return as a result of a heart attack or with pneumonia.

On the other hand, using the emergency room for nonmedical purposes drains resources (e.g., time, patient rooms, and caregiver energy). Dr. Edwards wondered how far she should go to check out Mr. McCaffrey's complaint each time he showed up. What should the treatment plan be for this returning patient?

Homeless patients are at high risk of early death and Mr. McCaffrey, at 63 years of age, has already exceeded his life expectancy by 15 to 20 years [1, 2]. Patients with legitimate hunger and shelter needs often also have serious health problems. If they are not evaluated based on their symptoms because of concerns that they are malingering, they can suffer bouts of severe illness or even death.

There is general agreement that the ethical principle of justice entitles individuals to a decent minimum of health care. We believe this decent minimum involves access to social services that might help Mr. McCaffrey. Given the belief that Mr. McCaffrey's health will suffer if he is sent back to the street on a frigid night, it is imperative that his caregivers do what they can to prevent him from facing that consequence.

Beyond the decent minimum standard, there are emerging models for health care delivery which both meet the true needs of a homeless patient for housing and decrease the use of emergency departments and inpatient services. These models include respite care and hospital-to-housing programs.

Respite care is a form of interim housing for homeless patients who suffer from acute medical illness or injury. Compared to traditional community housing, respite centers employ staff who can admit patients rapidly after they are seen in an emergency department or after hospital discharge. Compared to emergency shelters, respite centers' workforce can assist homeless patients who are recovering from acute illness or injury, and the centers allow patients to stay in the facility 24 hours a day to promote recuperation from the acute illness or injury. As a result, they fill an important niche in providing housing to individuals like Mr. McCaffrey. Currently, there are 45 respite centers in the United States according to the Respite Care Providers Network, and the number grows each year. Referral to respite care for homeless inpatients has been shown to reduce re-admissions during the following year by 49 percent, demonstrating that effectively managing the patient's social needs can significantly decrease re-hospitalizations [4].

Physicians are also ethically obligated to advocate for improved health delivery systems. If the hospital in which Dr. Edwards works does not have adequate social services, it is important for her to discuss this deficiency with her supervisors and hospital administrators. She could argue that the decent minimum of health care was not available for her patients and that a better system was needed to address this shortcoming. It is her responsibility to do so if she feels that she does not have the support to adequately manage her patients.

Dr. Edwards is a first-year resident; her residency-training program has an educational obligation to teach her the skills she needs to help patients like Mr. McCaffrey. The curriculum should ensure that she learns general principles of interdisciplinary care and has knowledge of resources available in the hospital and community to promote patients' health. It is imperative that students understand the roles of the health care team and ways in which they can work together to optimize care for their patients. The Accreditation Council for Graduate Medical Education, for example, explicitly states that, as part of the competency in systems-based practice, residents must learn to work in interdisciplinary teams to enhance patient safety and improve patient care quality [3].

The physician evaluating Mr. McCaffrey should take his medical concerns seriously, given the increased morbidity and mortality in homeless individuals. Once his medical problems have been addressed, Mr. McCaffrey should be referred to a social worker with specialized knowledge of services available in his community--hospital-to-housing and respite care are two examples. Physicians have the responsibility to learn about these resources and advocate for their existence in their practice setting. 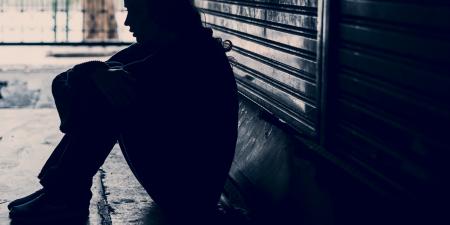 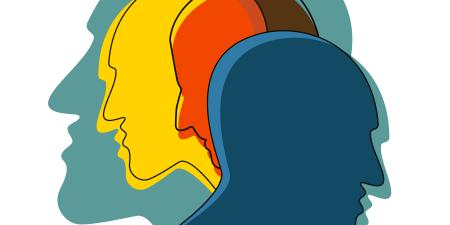