In retrospect, my timing was awful. The year was 1969. Anticipating an academic career in obstetric anesthesia, I had just completed a residency in anesthesiology and a two-year postdoctoral fellowship in reproductive physiology. At that time one of a handful of physicians in the country with that special interest, I had been hired to start such a program at the University of Florida. Clinically and academically I felt prepared, but I did not anticipate the response to my work. I quickly learned that many women vehemently opposed anesthesia for childbirth.

Part of this resistance reflected the times. The ’60s had been a turbulent decade punctuated by a series of popular movements: civil rights, welfare expansion, environmental protection, and women’s liberation. Reactions against anesthesia for childbirth, however, seemed particularly strong and persistent. Moreover, that reaction included not just patients but many who worked in labor and delivery. Clearly, something important was going on that my training in medicine and physiology had not prepared me to handle. Reviewing the history of anesthesia for childbirth might provide some insight into this controversy, I thought. I had leanings toward medical history anyway, but this seemed a time it might be of use.

A Brief History of Obstetric Anesthesia

Ostensibly, the natural childbirth movement began shortly after World War II, with the work of English obstetrician Grantly Dick-Read. His bestselling book, Childbirth without Fear [1], assured women that a painful labor and delivery came largely from fear, which induced bodily changes that opposed the natural forces of delivery. Eliminate fear, he said, and pain would diminish if not disappear. Fernand Lamaze, a French obstetrician, reinforced Dick-Read’s ideas with his system of “painless birth.” Coincidentally, there was a growing movement toward “home deliveries” by midwives.

Much of the trend toward “natural birth” was (and is) a response to the public perception that childbirth had been overly medicalized. Indeed, during the previous half century there had been a trend toward deliveries that included hospitalization, the routine use of forceps, and an episiotomy, a pattern of practice that necessitated analgesics and sedatives during labor and anesthesia for delivery, all of this followed by a two-week recuperation in the hospital [2]. And the development of techniques for monitoring fetal heart rate and measuring the pH of scalp blood increased the frequency of caesarian sections. The natural childbirth movement challenged the benefits of these practices, including the use of anesthesia for normal deliveries [3].

Controversy over the use of anesthesia for childbirth had begun long before the mid-twentieth century. Anesthesia for surgery entered medical practice in October, 1846. Anesthesia for obstetrics began soon thereafter, when Edinburgh obstetrician James Young Simpson anesthetized a woman before delivering her child. Not one to hide his accomplishments, he announced it almost immediately [3]. Reactions from physicians were mixed. Some hailed the innovation but most prominent obstetricians urged caution, concerned as they were about anesthesia’s effects on uterine contractions, on the newborn, and on the risk of postpartum infection and hemorrhage [3]. Many, in fact, believed that contractions and pain were inseparable—prescient in light of objections that arose during the natural childbirth movement a century later. Thus, on the basis of medical information available in the nineteenth century, most obstetricians advised against using anesthesia for normal deliveries.

Moreover, during the last half of the nineteenth century, most women still delivered babies at home with midwives, who did not administer anesthesia. Even if a physician were involved, few could, or would, remain at the bedside for hours to administer di-ethyl ether or chloroform with each contraction. In consequence, 55 years after the introduction of obstetrical anesthesia, most women still delivered babies as they had done for millennia, cared for by a midwife, at home and in pain [2].

Change came after 1900, but not from any resolution of the medical issues—they had not even been addressed, much less resolved. The major stimulus for change emerged from a social movement—women’s rights—which began when Elizabeth Cady Stanton and Lucretia Mott convened a meeting in 1847 in Seneca Falls, New York. The focus of the meeting was the economic and political rights of women, but reformers realized that women could not achieve parity unless they were well educated and healthy. A major deterrent to good health, they believed, were the cumulative effects of repeated pregnancies. Accordingly, as they campaigned for the vote, they also sought ways to improve women’s health. Specific goals included founding schools dedicated to the education of women physicians, improved teaching of obstetrics in all medical schools, replacement of midwives with obstetricians, and hospitalization for delivery followed by several weeks of recuperation [2]. In this context, the use of anesthesia for childbirth raised an issue. At that time there was a widespread belief that the experience of pain, including the pain of childbirth, in and of itself had cumulative and permanent debilitating effects on a person’s health. With these reforms—and others—obstetrical outcomes did improve: as numbers of trained obstetricians increased, they displaced midwives but they also developed some of the very patterns of practice that became anathema to the natural childbirth movement a century later. Thus, although the primary focus of the nineteenth-century women’s movement had been political and economic, it also stimulated significant change in medical education and obstetrical care [2].

Although it was personally satisfying to explore the development of the medical and social response to obstetrical pain, I soon found it was also useful. When first I tried to explain the medical rationale for obstetrical anesthesia to lay people, I often evoked an argument. In contrast, the same material presented as history usually stimulated interest and discussion. Twentieth-century advocates of a natural birth who believed that the medicalization of childbirth had been forced on them by physicians did not necessarily know the extent to which an earlier generation of activists had shaped obstetrical practice. This history also surprised many physicians. Trained to trust the efficacy of controlled studies, clinical trials, and statistics, many were unaware of the extent to which contemporary obstetrical practice had been shaped by the personal, social, and political goals of the nineteenth-century women’s movement. Mercifully, putting a twentieth-century medical practice into its historical context seemed to free discussions from rancor and passion.

What could explain the activists’ shift from campaigning for obstetric anesthesia to strong resistance just a century later? Here again the change may reflect a wider shift in social values.

The introduction of surgical anesthesia in 1846 evoked an ebullient response from physicians. For example, Edward H. Clark, professor of materia medica at Harvard, said that “anesthetic agents…enabled the physicians at his will to compel pain to disappear and distress to be quiet” [4]. Silas Weir Mitchel, an influential physician at the University of Pennsylvania, wrote, “It is indeed possible to eliminate all pain” [5]. By the mid-nineteenth century, this enthusiasm and optimism were not limited to the medical community. In his essay “Utilitarianism,” published in 1863, English political philosopher John Stuart Mill suggested that,

no one whose opinion deserves a moment’s consideration, can doubt that most of the great positive evils of the world … are in themselves removable and will, if human affairs continue to improve, be completely extinguished by the wisdom of society…. Even the most intractable of enemies, disease, may be indefinitely reduced [6].

In the Gifford lectures of 1901-1902, American philosopher William James commented on this outlook,

A strange moral transformation has within the past century swept over our Western world. We no longer think that we are called on to face physical pain with equanimity…. The way in which our ancestors looked upon pain as an eternal ingredient of the world’s order, and both caused and suffered it as a matter-of-course portion of their day’s work, fills us with amazement [7].

Confidence in science, medicine, and the ability of society to improve itself appeared unbounded. The drive of early feminists to improve obstetrical care and eliminate pain coincided with this trend.

Given the optimistic atmosphere of the nineteenth century, when obstetric anesthesia came into vogue, it is interesting to consider comments regarding pain in the decades that natural childbirth began its ascendency. Descriptions of the significance of pain seem very different. Writers often suggested that pain might have important social, if not personal, value. For example, Ernest Hemingway wrote to his friend F. Scott Fitzgerald, “You especially have to hurt like hell before you can write seriously. But when you get the damned hurt, use it—don’t cheat with it. Be faithful to it as a scientist” [8]. Similarly, poet A. Alvarez wrote, “If secularized man were kept going only by the pleasure principle, the human race would already be extinct” [9], and novelist Wallace Stegner said, “Pain makes things valuable” [10]. These and other writers suggest that pain may spark creativity, create meaning, or foster the development of human bonds. Perhaps just such a belief contributed to the natural childbirth movement. Perhaps women, like Welsh poet T. S. Thomas, sought in their birthing experience “the poem in the pain” [11]. In any event, the history of the movement serves as an important reminder that the practice of medicine is not shaped solely by science but also by the personal and social needs of the people it serves [12].

Shortly before I retired, I overheard a conversation between two experienced, equally competent, labor room nurses that epitomized the conflicting attitudes about pain I had encountered in my practice and had found in my readings in history and literature. One, pregnant and somewhat uncomfortable, quipped that she wished she could have an epidural sometime in the seventh month and carry it through delivery. The other responded that she had chosen to have no anesthesia for either of her pregnancies. She wanted to experience “everything.” 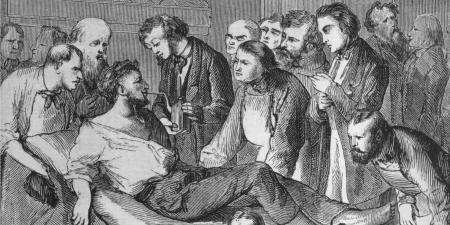 The History of Professionalism in Anesthesiology 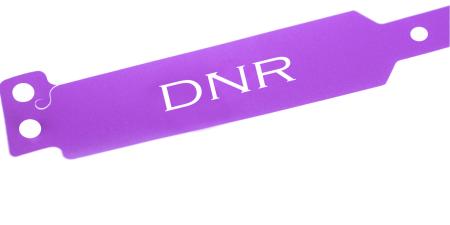 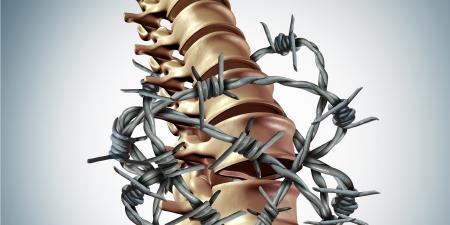 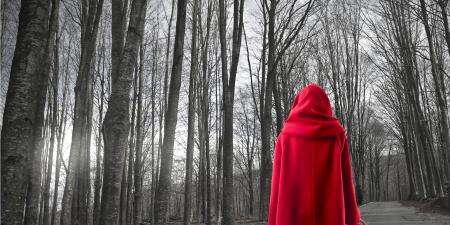