Fresh out of ob-gyn residency in Brooklyn’s Kings County Hospital, one of the busiest county hospitals in the US, I came close to being fired from my first academic posting for facilitating a tub birth in the Allen Pavilion of Columbia Presbyterian Medical Center. To rescue me from instant dismissal, the couple insisted that the tub was requested only for maternal relaxation, where precipitous birth ensued. Partially true—the patient did enter the tub for relaxation in the early transition phase, then delivered into the water some 20 minutes later while I neither dissuaded nor distracted her efforts beyond portable fetal heart monitoring. Did I collude with their birth preferences? Indeed so. Having birthed my own children in the East Side mansion basement delivery suite of Manhattan’s Maternity Center Association (MCA) some few years earlier, I was no stranger to alternative and out-of-hospital birth advocacy for low-risk pregnant women [1, 2].

In the United States, the battle over home birth is at fever pitch, reflected in one 2014 study from Weill Cornell Medical Center/New York Presbyterian Hospital and another, with contradictory data, from the Midwives Alliance of North American Statistics Project (MANA) [3, 4]. The first reviewed Centers for Disease Control and Prevention (CDC) data on neonatal and infant death, exclusive of congenital anomalies, in relation to type of birthing clinician and birth place [3]. This investigation said nothing reassuring about midwife home birth as opposed to midwife hospital birth, with final analysis revealing 0.9 more neonatal deaths per 1,000 births among home births than among hospital births [3].

Similar out-of-hospital birth concerns have been raised in European countries, particularly the Netherlands, which has been romanticized by the US home birth community and considered the mecca of optimal home birth policy among wealthy nations. In the Netherlands 22 percent of women deliver at home with certified midwives in a system designed to foster cooperation and facilitate transfers to hospital if needed [5]. In a 2008 review of 680,000 cases, home birth for low-risk women proved as safe as hospital births when there were no complications, but resulted in a disturbingly large 20 percent rate in neonatal morbidity and mortality when unexpected complications arose during home birth [6]. Other Dutch studies raise concerns about various perinatal mortality markers in which the Netherlands rank among the highest in Europe, with an overall perinatal death rate of 3.2 per 1,000 term births, which they identify as due to advanced maternal age and high rates of multiple pregnancies, without naming the country’s home birth legacy as a neonatal death risk factor [7]. Dutch midwifery itself came under direct fire in a prospective cohort study of birth morbidity and mortality related to pregnancy risk and caretaker (comparing midwife to obstetrician) that found a higher risk of perinatal death when labor started under midwife management than when it started under obstetrician management, regardless of whether the midwifery-managed labor began at home or in hospital [5].

These data stand in opposition to reassuring home birth studies embodied in one prospective cohort assessment of Swiss women choosing either home birth or hospital birth [8]. Following each cohort from antepartum to 3 months postpartum, including crossover patients (those who transferred to hospital birth during labor), no differences were found in neonatal or maternal clinical status, aside from lower rates of labor analgesia in the home birth group. Similar American findings on planned home birth outcomes was published this year by the Midwives Alliance of North American Statistics Project (MANA), with data from 2004-2010, a period in which stateside home births increased 41 percent [4]. Records from 16,924 women who planned home births showed 90 percent accomplished the goal, with low Apgar score in 1.5 percent of the births, intrapartum neonatal mortality in 1.3 births per 1,000, early neonatal mortality in 0.41 births per 1,000, and late neonatal mortality in 0.35 births per 1,000 [4]. Compared to the general US national neonatal mortality rate of 4 per 1,000 births, women in this study, high-risk or low, fared well [4, 9].

Now working year-round in Africa and Asia, I confess my preference for out-of-hospital birth for low-risk pregnancies has not changed. This despite an immersion in African maternal mortality and morbidity writ large; the wards full of women with foot drop, paraplegia, pelvic fibrosis, fistula, incontinence, stroke, coma, sepsis, necrotizing fasciitis, and all manner of iatrogenic injury; mothers with dead babies, babies with dead mothers; families with no money to pay, families with money who won’t pay; obstetric morbidity sustained in hospital for lack of beds or staff or supplies or side-money when corruption demands extra payment for service; nomads with no access whether they have money or don’t; and one camel herder who had given birth to more than 20 babies in the bush, angry that the twenty-first baby, in transverse-lie, warranted a caesarean, convinced even on the day of discharge home with a healthy baby in her arms that the hospital “just wanted my money.” This Somali multipara’s intense bias against hospital birth is reflected in Tanzanian and continental African data on the training and supervision of health care workers and the effect of negative delivery care experiences on the reputation of the health care system: they can lower community expectations of facility delivery and result in high rates of home deliveries [10, 11].

Euro-American strategists hoping to improve outcomes by restricting home birth have lessons to learn from African data. These factors involved in hospital avoidance for childbirth in Tanzania exist everywhere. Why would a Somali woman with access to hospital care birth 20 babies at home? Her perspective revealed a mix of reverence for tradition, nomadic living, and lack of faith in Western medicine. Why would a New York City gynecologist deliver her own children in anything other than a major obstetric hospital setting with the highest level of neonatal care? Simple: I was terrified—of being tethered to constant fetal heart monitoring, of restriction to the labor bed, of pain without emotional support, of sedation, of epidural anesthesia, of medication errors, of nosocomial neonatal infection, of inadvertent bottle feeding, of every iatrogenic possibility, and of laboring and birthing in a dogmatic environment that deems every pregnancy an adversary to be conquered, lest it wreak obstetrical havoc and malpractice litigation.

My version of home birth was choosing New York City’s Maternity Center Association (MCA) [1, 2]. I had full confidence in MCA because of its history as the country’s first midwifery training institute, its stringent antepartum and intrapartum hospital referral protocols, and its time-tested, animosity-free relationship with the nearby covering hospital and obstetricians. Having witnessed countless women arrive to the labor ward only to descend into terror and labor arrest, confined to bed, attached to monitors, sedated into a stupor or immobilized by epidurals, I could not bring myself to elect birth inside a modern hospital without compelling circumstances. It seemed to me then, and still does, that the ideal role of modern obstetrics is to nourish a system in which women labor under expert surveillance, yet are able to move, to be monitored intermittently without strapped-on monitors, to be coached through the pain, to choose birth positions, with all the interventions at the ready should labor obstruct, the placenta abrupt, hemorrhage ensue, hypertension develop, infection threaten, or fetal distress erupt.

The Risks of Childbirth Today

The global state of pregnancy and childbirth today is one of obscene maternal and neonatal apartheid. In 2013, 800 maternal deaths occurred daily, 690 of which took place in sub-Saharan Africa and southeast Asia, with only 6 per day in wealthy nations [12]. In sub-Saharan Africa, maternal mortality ranges from 300-900 per 100,000 births and neonatal mortality is 32 per 1,000 births, in stark contrast to maternal (2-12 per 100,000 in Western Europe, 11 per 100,000 in Canada, and 28 per 100,000 in the US) and neonatal mortality (2-9 per 1,000 births) in industrialized nations [13, 14]. The struggle among developing nations to reduce these flagrant differences in odds involves improvements to medical infrastructure; increased numbers of trained birth attendants, obstetricians, and pediatricians; and educational outreach into communities favoring traditional birth to increase utilization of birthing centers and hospitals. All these are in keeping with the United Nations 2015 millennium development goals “4: Reduce Child Mortality” and “5: Improve Maternal Health” [15].

While in Europe and North America home birth is the province primarily of women who are educated, mature, multiparous, and economically privileged, data on developing nations show opposite correlations, with socioeconomic advantage associated with lower rates of home birth [16]. This intriguing home birth contrast between resource-poor and wealthy nations reveals an evolution of disenchantment with the exact methods that developing nations struggle to achieve, the very same that have reduced Euro-American maternal and neonatal mortalities to unprecedented lows. Some few generations ago, the women of Europe and North America experienced pregnancy much as our African and Asian sisters do today—at great maternal risk from conception to delivery, with high rates of neonatal death. Why, then, would the most educated and privileged of women from wealthy nations, myself included, prefer to avoid immersion in modern obstetric technology during childbirth? Why would any woman anywhere want anything other than an obstetrician delivery with every possible intervention and monitoring device applied? Why hasn’t the modern miracle of negligible obstetric and neonatal morbidity and mortality that is the new norm in wealthy nations reaped the seemingly obvious consequence of enthusiastic and universal adherence to in-hospital birthing? Can we expect universal adoption of hospital birthing at some future point in Africa and southeast Asia, when 100 percent hospital birth has failed to occur in wealthy countries? Perhaps we might begin by accepting that there will always be women delivering at home—by choice or by accident, through lack of access or lack of faith. We might discover new possibilities for upgrading home birth by following World Health Organization guideline for improved maternal and neonatal outcomes that advises, “increasing access...begins with mobilizing what you have” [17].

In much of Africa and Asia, women lack access to modern obstetric care because of cultural traditions or deficiencies of medical infrastructure. If the global obstetric community were to consider the most challenging of lifestyles for obstetric and neonatal optimization, such as the nomadic herding cultures of Tuareg and Somali women of the African Sahel, would not strategies to reach those women improve access to obstetric and neonatal care everywhere that deficits exist?

The benefits to be had from respectful collaboration with traditional birthing practices are already evident. One novel capacity-building program in Somaliland, for example, embraced traditional, often illiterate, birth attendants (TBA) in a system of clinical training, facility upgrade, and financial and implementation support [18]. It allowed the trusted community TBAs to control and introduce a new standard in which all women labor and birth in Maternal Health Centers networked to referral hospitals for transfer and staffed by trained midwives and trained traditional birth attendants. Prior to this program, TBAs delivered all women at home, calling for help, often too late, only when complications arose. By validating existing pregnancy beliefs and community standards, a true transformation occurred that reduces maternal and neonatal risk.

Industrialized nations would benefit from extrapolations of such tactics emerging in developing nations. What steps might be taken to reduce risks for Euro-American mothers and babies birthing at home or in birth centers? Or even in hospital?

These two thought experiments are but a sample of the untapped potential for integrating maternal and neonatal-care practices. If the US obstetric community truly hopes to woo its educated and affluent home-birthers back into the fold, it may be time to create global obstetric guidelines that eliminate the stratification of policy between wealthy and poor countries, so that effective capacity-building and implementation concepts flow reciprocally between developed, middle-income, and developing nations. Lastly, it may be time to embrace home birth, in the US and in the world, rather than decry it. 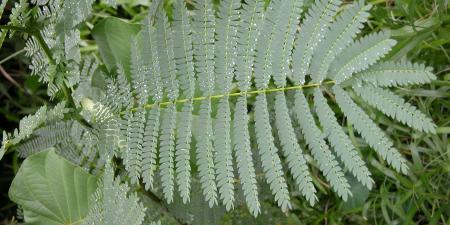