This month's issue of Virtual Mentor explores the ethical issues raised by faith commitments in the patient-physician relationship. On a daily basis, physicians care for patients with strong religious convictions. For many patients, faith forms the core of their value system, bringing meaning both to health and suffering. Religiously devout patients interpret major life events—birth, reproduction, illness, and death—in the context of their relation to God and their faith community.1 While some physicians view matters of faith as tangential to their scientific practice of medicine, patients often need to converse with their physician about significant health care decisions in the language of belief in the sacred.

In a recent survey of patients, 83 percent of respondents wanted primary care physicians to ask about spiritual beliefs in at least some circumstances, especially in cases of life-threatening illnesses (77 percent), serious medical conditions (74 percent), and the loss of loved ones (70 percent). Among those who wanted to discuss spirituality, the most important reason given was desire for physician-patient understanding (87 percent).2

But what happens when this understanding breaks down? When the religious beliefs of patients are brought to bear on a particular medical decision, they often lead to conclusions different from those held by most medical professionals, or even society at large.3 Two of the 4 cases in this issue highlight just how profoundly patients' worldviews affect their understanding of illness.

Patients are not alone in their strong religious commitments. In a 1999 survey of family physicians, 74 percent of those surveyed reported at least weekly or monthly attendance at religious services, and 79 percent reported a strong religious or spiritual orientation.4 A 2004 national survey of 1100 physicians by the Jewish Theological Seminary in New York found that 74 percent of doctors believed that miracles have occurred in the past, and 73 percent believed they can occur today, while 72 percent believed that religion is a reliable and necessary guide to life. More than half believed that medical practice should be guided by religious moral teaching.5

Given these strong personal beliefs and many physicians' conviction that they have a place in medical practice, doctors often find themselves in moral quandaries. From time to time patients request services or procedures that physicians oppose based on their own religious commitments (Cases 3 and 4 represent 2 examples), and physicians from diverse religious traditions often speak from opposing moral perspectives.

As a result of the globalization of medicine, the clinical dilemmas raised by religion are becoming increasingly diverse and often represent non-Western traditions. Thus in addition to respondents from the particular faith tradition represented in each clinical case, we have invited physicians from different religious backgrounds to comment on the ethically salient issues, highlighting the unique perspective of their tradition.

The April 2005 issue of The New Physician featured a cover story on how physicians' personal values should impact their medical practice.

"We are here to serve the patient. Our role is to give the patient the best information and allow the patient to make the decision based on their values," says Dr. Scott Spear, associate professor of pediatrics at the University of Wisconsin (UW) Medical School. It's a lesson future physicians must learn....Not everyone can be trained to openly discuss topics with patients, he says. And for this reason, medical schools need to better screen applicants, asking them, "Can you put your own values aside for the patient's needs?" and "Can you separate your own personal beliefs that are not based on science?"6

The logical conclusion of Dr. Spear's position, and that of others who share his view, is that physicians who intend to carry strongly held moral beliefs (religious or otherwise) into the clinical setting have no place in the medical profession.

Other ethics educators feel differently. Some argue for a more relaxed interpretation of clinician objectivity,7,8 while still others, such as moral philosopher Alasdair MacIntyre, argue that all ethical decisions are made from within a historical tradition and community, and that moral learning takes place when one examines these ethical convictions in the light of other, possibly conflicting, traditions.9

The remainder of the May issue of Virtual Mentor addresses the questions of faith and medicine from several different angles. Through the policy forum, the section on health law, and medicine and society, we examine some important society-wide questions. Should our government fund religiously based health care institutions or programs? Are these programs even effective? What are the legal rights of patients and physicians to object to a particular medical procedure on religious grounds? A review of the play Equus explores the ways existential meaning and illness are constructed within a particular religious framework. The journal discussions and the op-ed pieces review an area of intense debate—the role faith plays in empirical health outcomes. Finally, in the clinical pearl we present the reader with a practical tool for spiritual assessment to be used at the patient's bedside.

Clearly, the ethical questions raised by faith are complex and the answers to them equally difficult, but they are important. They involve our most fundamental ethical values—paternalism, autonomy, and beneficence—and individuals' most cherished beliefs about the nature of reality. As we honestly examine our differences and respectfully dialogue across traditions, we can learn from each other and constructively fashion moral consensus in the midst of diversity. We trust this issue will contribute to this important discussion. 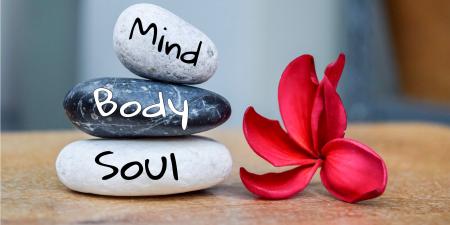 Spirituality and Health in a Therapeutic Culture 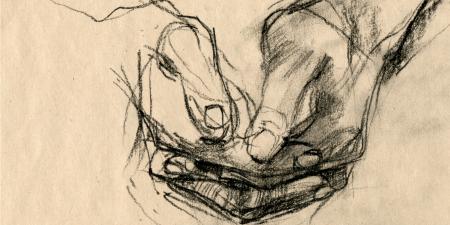