Competent adults can refuse medical treatment, even life-sustaining treatment. This has long been recognized as a common law right, bolstered by the liberty rights granted in the US Constitution. Despite this assumed right, however, physicians often approach the courts when non-terminally ill patients refuse basic, life-saving medical treatments on religious grounds. As a result of such cases, the courts have now established patients' clear rights to refuse treatments that conflict with their religious beliefs.

Case law is less definite when a parent wishes to withhold life-sustaining treatment from a child who is not old enough to confirm his or her belief in the faith that forbids the treatment. Generally, the courts have agreed that, while a competent adult can sacrifice his or her life for religious beliefs, as a parent he or she cannot refuse life-sustaining treatment for a child who has not reached the age of consent and has not chosen to adhere to the religion. The case at hand, In re Fetus Brown, concerns the decision of a pregnant woman to refuse transfusions necessary to save her life and that of her fetus.

Darlene Brown, 34 and 3/7-weeks pregnant, was admitted to the hospital by her physician because of urinary tract discomfort. Following a cystoscopy that revealed a urethral mass, her physician, Robert Walsh, ordered surgery to remove the mass. During the surgery, Brown lost almost 1500 cc of blood, and her hemoglobin fell to less than one-third of the value normal for women at her stage of pregnancy.

During the operation—when her blood loss had reached about 700 cc—Walsh called for 2 units of blood for transfusion. Brown, who was conscious during the procedure, refused the transfusion, declaring that she was a Jehovah's Witness, information she had not previously disclosed. Walsh completed the surgery without administering any blood, but, subsequently, when Brown's hemoglobin continued to decline, he asked the hospital to seek court approval for transfusions to save the life of Brown and her fetus. Walsh explained that transfusing Mrs. Brown was the only way to get oxygen through the placenta to the fetus. Without transfusion, he estimated that Mrs. Brown and her fetus had a 5 percent likelihood of survival.

A hearing was held immediately in an Illinois circuit court, during which the state asked that a temporary custodian be appointed for Fetus Brown with the right to consent to 1 or more transfusions for Darlene Brown when the necessity arose. The court appointed the hospital administrator as temporary custodian, and, over the next day-and-one-half, Darlene Brown received 6 units of packed red blood cells over her violent objections—she had to be restrained and sedated for the transfusions to take place. Three days later Darlene Brown delivered a healthy baby and was subsequently discharged from the hospital. One week after the baby's birth, the court vacated the temporary custody order and dismissed the case.

Darlene Brown appealed the circuit court order that had appointed the temporary custodian for her unborn fetus, contending that, under federal and Illinois law, she had the right as a competent adult to refuse medical treatment. The state responded that its substantial interest in the life of the viable fetus outweighed the minimal invasion posed by the blood transfusion.1 Notwithstanding that "the factual issues [were] moot"—that is, the circuit court's decision no longer pertained because the fetus was now a living baby and the custodianship had been revoked—the court considered the appeal because it believed the issue should be determined "for the future guidance of public officials."2

The circuit court had based its decision on 2 earlier opinions: the Illinois appellate court's decision In re Baby Boy Doe (1994) and the Illinois Supreme Court decision in Stallman v Youngquist (1988).3,4 In its review, the appeals court looked at the same cases.

The chronologically earlier case, Stallman v Youngquist, had asked the court to decide whether a fetus could advance a tort cause of action against its mother for unintentional infliction of prenatal injuries. That court held that "a fetus cannot have rights superior to those of its mother"5 and that a pregnant woman "owes no legally recognized duty to her developing fetus."6

In re Baby Boy Doe concerned maternal refusal of delivery by caesarean section that was deemed necessary to save the life of the fetus. The Baby Boy Doe court, balancing fetal against maternal rights as the Stallman court had done, held that a woman's right to refuse invasive medical treatment was not diminished during pregnancy7 and that the impact upon the fetus was not legally relevant.7

The court distinguished In re Fetus Brown from the precedent cases on 2 points—first, the blood transfusions were not considered to be "invasive," certainly not in the way that a caesarean delivery is. Second, In re Fetus Brown weighed the state's interest against the mother's rather than trying to balance the fetus's interest with the mother's as the 2 prior cases had done.

In attempting to override an individual's right to refuse life-sustaining treatment, the state traditionally invokes 4 interests: (1) the preservation of life, (2) the prevention of suicide, (3) the protection of third parties, and (4) the ethical integrity of the medical profession. Interest (2) was not at issue here, inasmuch as Darlene Brown agreed to medical treatment other than blood transfusion. Interest (4), which seeks to protect the role of hospitals in fully caring for patients and promoting the prevailing medical standards, was deemed not to affect the disposition of Brown's appeal.

Remaining, then, was whether the state's interest in Brown's viable fetus could load the scales in the state's favor. The state's interest in protecting the life of a fetus becomes compelling at viability.8 This interest is the foundation for laws that limit late-stage abortion. But the Illinois appeals court in In re Fetus Brown decided that the state's interest in the viable fetus did not outweigh the mother's common law and constitutionally based right to refuse treatment for herself. As the 2 precedent cases had established, a woman's right to refuse treatment does not diminish during pregnancy. The court also disagreed with the earlier court's opinion that a blood transfusion was not an invasive procedure. On these bases, then, the appeals court ruled that the circuit court had erred in appointing a guardian for Darlene Brown's fetus for the purpose of imposing unwanted treatment on Darlene Brown.

This case has been recounted in some detail here because it represents current federal and state case law. While states allow physicians to intervene as soon as an infant is born to administer life-sustaining treatment over parents' religious objections, they prohibit physicians' doing so in the case of pregnant women who refuse treatment on religious grounds. To do so, under current jurisprudential thinking, violates not only of the woman's right to refuse treatment but also her right to exercise her religious beliefs.

The refusal of blood transfusions by members of the Jehovah's Witness denomination is by now fairly well-known among clinicians and others who are likely to be involved in their emergency care. The American Medical Association's Code of Medical Ethics states in Opinion 10.01, Fundamental Elements of the Patient-Physician Relationship, that "...patients may accept or refuse any recommended medical treatment."9 Nevertheless, this knowledge of the law and professional ethics does not always make it easy for physicians to accept treatment refusals when standard interventions would save a patient's life. 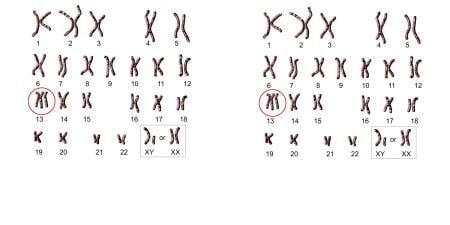