Evidence-based medicine (EBM) calls for doctors to use the best available scientific evidence on safety, effectiveness, and cost in treating their patients [1]. While scientific evidence is increasingly influencing physician practice, courts traditionally have focused on physicians’ “customary practice”—defined by what most physicians in the local geographic area or specialty usually do—in defining the legal standard for how a physician ought to practice. EBM and clinical practice guidelines are driving the need for a new approach in the judicial system that takes into account the role of evidence in medical malpractice and other legal claims implicating physicians [2]. For an analysis of the impact of EBM on medical malpractice and tort reform specifically, see the January 2011 Virtual Mentor health law piece [3].

This article will focus on special implications of EBM for the courts more generally, both the likelihood and challenges of widespread uptake into legal practice and the key distinctions in how doctors and lawyers consider the meaning of evidence. How the courts react to EBM will have great impact on how doctors use it. If courts embrace EBM and use scientific evidence as the standard for how a physician ought to have acted in a given case, physicians are more likely to adopt EBM practices to avoid liability [2]. Alternatively, if courts largely ignore EBM or fail to admit it into the court’s body of evidence, physicians who choose to practice EBM may risk liability when their practice no longer mirrors customary practice [2]. Thus courts must take on the challenge of defining the role and scope of EBM in legal practice, which will consequently shape how EBM is used in medical practice.

Use of Evidence-Based Medicine in the Courts

Courts and health care have historically viewed evidence in fundamentally disparate ways, which may confound the legal system as it moves toward adopting EBM. The legal system is built on an adversarial model which “recognizes that evidence and even facts are disputable, that experts may disagree, and that therefore there is a political element to interpreting evidence” [1]. Disputes about fact are left to a jury or judge to decide, and the goal is to ensure fair process rather than fair outcomes—or truth [1]. Juxtaposed to this, empirical evidence in medicine seeks to define a single unimpeachable truth that can stand on its own. Moreover, medical evidence often focuses on populations, while at the court level, the evidence must be relevant to the single injured patient [4].

Prior to EBM, courts often sought medical expertise in the form of expert witnesses for four key questions in a lawsuit: the applicable standard of care or what the physician ought to have done, causation or the connection between the wrongful conduct and the harm to the patient, assessment of damages or how much money is needed to adequately compensate the patient’s injuries, and medical prognosis [5]. Such testimony has often depended on the expert’s subjective analysis, and one lawsuit often may involve several experts who disagree and present opposing testimony on each side. EBM presents the possibility of empirical, objective guidance that can be used in addition to the information given by expert witnesses [5].

One significant question is how courts will allow the admission of such information, if at all. While traditionally plaintiffs and defendants have both been able to present expert testimony, courts might consider allowing only one side to use EBM. It might only be allowable by a physician or a health plan defending its decisions or, alternatively, only by the injured plaintiff as proof that the defendant failed to meet a standard of care [5]. Alternatively, some courts may not even allow EBM if the judge deems it hearsay, a statement made outside of the court while the speaker was not under oath [6]. The rationale for this is that the speaker is not available to be cross-examined by the opposing side.

In the 2006 Hinlicky v. Dreyfuss case, a New York court allowed a guideline from the American Heart Association and American College of Cardiology to be admitted because, according to the court, the purpose was to show the physician’s decision-making methodology rather than to establish the standard of care [7]. The specific use allowed in this case says little about whether other courts would permit such guidelines as direct evidence of a standard of care or bar it as hearsay.

Another major question is what type of legal evidence can be admitted into a court and who should decide its quality. Courts have been critiqued in the past for allowing “junk science” to control such cases as silicon breast implant and drug and medical device litigation [5]. Based on the Supreme Court case Daubert v. Merrell Dow, a trial judge must prescreen all scientific evidence that is introduced to the court and admit only that which will inform the jury, not confound it [8]. Judges might consider the amount, complexity, and consistency of the evidence in deciding whether it well help or hurt the jury in reaching a decision, and the judge, through this standard, is the ultimate arbiter of whether certain evidence gets admitted. If admitted, there is the additional question of how much weight such evidence will carry: Does it equal, outweigh, or carry less weight than an opposing statement made by a single expert?

EBM and guidelines are applicable to two different types of legal cases: (1) medical malpractice lawsuits in which the injured patient seeks to recover monetary damages for an injury allegedly caused by a physician or other members of the health care team and (2) cases of patients contesting insurance coverage decisions of a health plan.

Malpractice. Traditionally courts have looked to customary practice to determine whether a physician fell below the standard of care in a medical malpractice case [2]. Expert witnesses may be sought from both sides to introduce evidence for the jury or the judge about the customary norm and whether the doctor acted in accordance with it [2].

A significant problem with a custom-based standard is that it is not necessarily good patient care, but merely what that has traditionally occurred. Some courts have moved away from a customary practice standard to a judicial risk-benefit analysis [2]. In Helling v. Carey, the court found two ophthalmologists negligent for failing to screen a patient under the age of 40 for glaucoma [9]. While such screening was not the customary practice at that time, the court found in the patient’s favor because the risk of the glaucoma screening was minimal compared to the benefit of prevention [9].

Other courts have used a reasonable physician standard, which holds physicians to the same standard as parties in nonprofessional negligence suits—did the physician act with an ordinary or reasonable level of care in his or her dealings with the injured party—a fact-finding issue determined by the judge or jury [2].

Will or should courts use EBM to determine whether a physician in a medical malpractice suit has met the standard of care? Some EBM may get so well incorporated into medical practice that it becomes the custom, and some use of EBM in practice may satisfy either a reasonable physician standard or a risk-benefit analysis. The real challenge comes when a doctor defends an action by saying it is in line with EBM, even if it does not meet any of the above traditional standards.

Insurance coverage. Another potential use of EBM in the courts relates to cases which contest the benefits covered by a given health plan [5, 10]. Here the claim is against a health care organization or plan, rather than an individual physician. Patients may bring suit against their health plans, arguing that a given treatment is covered under the health plan contract, a claim that happens with frequency given the extremely vague language that often defines coverage, e.g., defining coverage as that which is “reasonable and necessary,” “appropriate,” “investigational,” or “generally accepted medical practice” [10].

As in malpractice claims, EBM might provide a way to explore the empirical questions related to some cases—for example a plan’s claim to cover only a generic drug based on data comparing the effectiveness of the generic and a brand name drug [11]. Other cases may involve difficult trade-offs that are normative, not empirical, in nature—for example, a decision by a plan not to cover a mammography for women under age 40 because, while beneficial, its benefits do not outweigh those of treatments the plan prioritizes more highly [11].

Challenges to Applying EBM in the Courts

Whether EBM has the potential to improve health care litigations or not, the shift in practice towards EBM makes it an unavoidable challenge that courts must face. Educational gaps, limitations of the evidence itself, and fundamental distinctions between the meaning of evidence in medicine and law all raise particular challenges for courts addressing EBM.

As the Daubert standard states, it is the role of the judge to decide whether a particular piece of scientific evidence should be admitted. Yet, understanding complex scientific evidence (and even more significantly, distinguishing quality studies from poor studies) is not a skill in which judges are appropriately trained. Because of the sheer quantity, diversity, and complexity of the evidence, adequate interpretation has been viewed as difficult even for physicians, let alone lawyers and juries, who frequently have less expertise than physicians in empirical questions, research methods, and health care [12]. Moreover, while clinical practice guidelines may serve to consolidate and apply much of the evidence, they are not always available, may be outdated, or may conflict with each other. Such cases may place the judge or jury in the difficult position of deciding which professional society or research group has more sound evidence—a political hotbed that they are ill-equipped and probably unwilling to traverse [5].

A transition by the courts to applying EBM in medical malpractice and insurance claim cases will inevitably confront and challenge much of the tradition in both medicine and law, but such a transition will be necessary to adapt to a changing practice of medicine in which physicians are expected to use an evidence base in treating their patients.

The Role of Practice Guidelines in Medical Malpractice Litigation 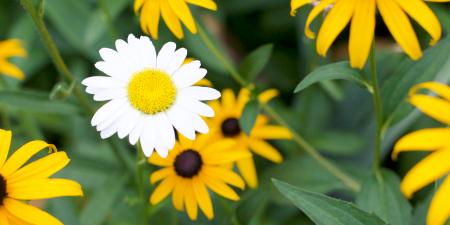 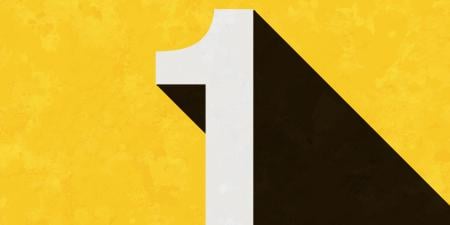 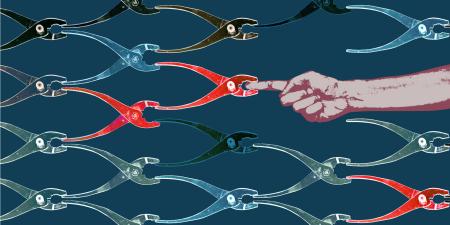 When Research Evidence is Misleading