Rare but challenging are those cases in which teenagers, whether for religious or other reasons, refuse or seek to discontinue life-saving therapies. Unlike their adult counterparts, teenagers generally do not have the right to make their own medical decisions, and physicians, families, and sometimes the courts are left to make difficult choices that have implications for religious freedom, parental rights, and a child’s well-being alike. Three stories help illustrate the key considerations a court generally weighs when asked whether a teenager should be allowed to refuse life-saving therapies.

Adults with decision-making capacity have a long-recognized and legally protected right to make decisions about their bodies and health, stemming from interest in their autonomy and bodily integrity. This is emphasized by famous cases like Cruzan v. Director Missouri Department of Health, in which the U.S. Supreme Court recognized a competent person’s “constitutionally protected liberty interest in refusing unwanted medical treatment” and set the evidentiary standard for proving an unconscious adult would want life-sustaining support removed [1], and Bouvia v. Superior Court, in which a California court allowed a 28-year-old woman with cerebral palsy to order withdrawal of the nasogastric tube that fed her [2]. The right to refuse life-saving therapies on religious grounds is also strongly defined, most notably the refusal of blood transfusions by Jehovah’s Witnesses [3].

Whether the same rights apply to minors (typically defined as younger than 18, though the definition varies by state) is more complex. The legal norm for minors is that parents provide consent on behalf of the child and the child provides “assent” to the extent he or she is developmentally able to do so. Parents are deemed to be the natural and best decision makers for their children based on their “traditional interests in and responsibility for the upbringing of their child” and a “deeply rooted…belief that the parental role implies a substantial measure of authority over one’s children” [4, 5]. Courts are generally hesitant to interfere with parental authority because they defer to family privacy and integrity [6]. Yet, the state also has a role in protecting the interests of those who cannot protect themselves, for example in cases of child abuse, when the rights of the parent conflict with the state’s role as parens patriae, or “parent of the nation” [6].

Most states provide certain universal exceptions, instances in which minors can give medical consent. One is for emergency care when a parent is not available in time to provide consent [7]. Another exception is for emancipated minors, who are deemed legally independent from their parents in all legal capacities, including medical decisions [7]. Some states have statutes that specify types of care for which parental consent is not required, such as treatment for sexually transmitted infections, treatment for substance abuse or mental health, or requests for contraceptives [8]. Lastly, states may have “mature minor” doctrines, under which minors can petition the court to recognize that they fully understand the treatments and consequences of their decisions and should therefore be allowed to make treatment decisions independently, either in contradiction to their parents’ wishes or without consulting their parents [7]. Courts often view teenagers’ refusal of life-saving therapies as an extension of the mature minor rules.

What do courts consider when deciding whether to permit a teen to refuse life-saving therapies? Does the teen’s opinion count more than the parent’s, and how do courts weigh the teenager’s age and maturity? While much depends on the particular state and unique facts of the case, three stories illustrate some common considerations.

E.G. E.G. was a 17-year-old Jehovah’s Witness with leukemia who refused medically necessary blood transfusions on the basis of religious belief, a decision her mother supported [9]. Without transfusions, professionals expected E.G. to live no more than a month, and either way her long-term prognosis was poor—persons with her condition had a predicted survival rate of 20 to 25 percent [9]. Experts evaluated E.G. and agreed about the following: she was mature (one specialist placed her at the maturity level of someone between 18 and 21), her refusals were based on a sincere religious belief and not a desire to die, and she fully understood that the consequences of her decision would be death [9]. A trial court appointed a temporary guardian for E.G. to consent to transfusions on her behalf and found her mother guilty of medical neglect, but Illinois’ highest court overturned the decision in 1989, holding that E.G. had a right to refuse the blood transfusions and her mother was innocent [9]. (At this point, the case was technically moot for E.G.’s purposes, because she had turned 18.) The court was swayed by the fact that E.G.’s mother agreed with the refusal and suggested that the outcome could have been different if E.G.’s mother had wanted her to seek treatment.

Daniel Hauser. Daniel Hauser was 13 and suffering from Hodgkin’s disease when his case came before the Minnesota courts in 2009 [10]. Daniel had undergone a first round of chemotherapy and experienced common adverse side effects [10]. While several experts agreed that Daniel had an 80 to 95 percent chance of remission with chemotherapy and very little chance of surviving 5 years without it, Daniel and his parents agreed to end treatment [10]. The refusal was based on their religious practice of Nemenhah, a Native American healing practice in which Daniel was a medicine man and which forbade chemotherapy because of a prohibition against doing harm [10]. Daniel was unable to articulate why he opposed the chemotherapy beyond the notion of “do no harm,” and experts placed his reading below a fifth-grade level [10]. The Minnesota judge required Daniel to receive chemotherapy on the grounds that the state’s interest in preserving life outweighed Daniel’s and his parents’ freedom of religion and the Hausers’ parental rights [10]. The court permitted Daniel to remain in his parents’ custody and to pursue alternative therapies in addition to the chemotherapy [10].

Shannon Nixon. 16-year-old Shannon Nixon died of diabetic ketoacidosis that was not treated in accordance with the Nixon family’s views as members of the Faith Tabernacle church [11]. Shannon’s parents were then convicted of involuntary manslaughter and child endangerment [11]. Shannon’s case was unique because the right for a minor to refuse medical care was invoked as a defense against criminal charges after her death, rather than in seeking permission to forgo care during her life [11]. The Pennsylvania Supreme Court upheld the Nixons’ criminal convictions but suggested that, while minors may consent to certain things, like donation of blood and treatment for controlled substance use, there needs to be a more stringent limit on refusals of care in life-or-death cases [11].

Each of these three stories has unique driving forces, facts, and outcomes, but they share features that most courts take into account.

While not every refusal involves religion, many do, whether the belief is on the part of the child, the parent, or both. The freedom to practice religion is strongly undergirded by the First Amendment of the Constitution, which prohibits Congress from making any law that interferes with it [12]. Yet, the Supreme Court has limited this right in the context of parental decision making, saying that “parents are free to become martyrs…[b]ut it does not follow they are free…to make martyrs of their children” [13]. Here, courts look to whether the parents and children hold the belief sincerely and whether the minor has the ability to process and understand what his religion means for the course of care (as in Daniel’s case) [10]. The courts may also question whether the refusal stems from a genuine religious claim or a general desire to end treatment, as in E.G.’s case [9].

Courts also consider whether the parent(s) agree with their child’s refusal. While parents’ rights can be trumped by the state, courts provide a great deal of latitude for parental decision making, as in E.G.’s case when the mother’s agreement may have ultimately determined the court’s decision [9]. In contrast, when the court did not believe the child had a true ability to express his or her wishes (as in Daniel’s case) or did not have an opportunity to hear the child’s perspective (Shannon’s case), it favored protecting the child over granting decision making power to the parents [10, 11].

The likelihood that treatment will be curative is also an undercurrent in these cases. Even if E.G. had received the blood transfusions, her chance of long-term survival was only about 20 percent, whereas Daniel was expected to go into remission and had an 80 to 95 percent chance of long-term survival, and Shannon’s condition was treatable and not life-threatening if given prompt care [9-11]. Had E.G.’s chances of survival been greater, the outcome may have been different.

Lastly, courts consider and evaluate the minor’s competency and level of understanding. Both E.G.’s and Daniel’s cases involved testimony by experts about the minor’s maturity, level of sophistication in articulating their religious views, and understanding of the consequences of refusing treatment [9, 10].

Courts dealing with teenagers’ refusals of care must balance a variety of competing interests and values in reaching a decision that can have ultimate consequences for the minor. This is an area of law that varies greatly from state to state and by the specific facts of the case, and it is likely to continue to receive much attention from scholars, media, and courts.

When Does Therapeutic Misconception Affect Surrogates’ or Subjects’ Decision Making about Whether to Participate in Dementia Research? 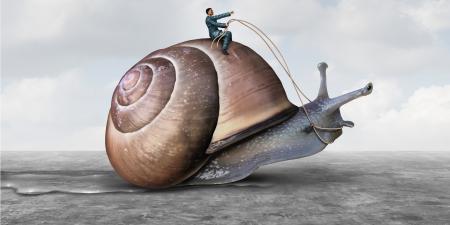 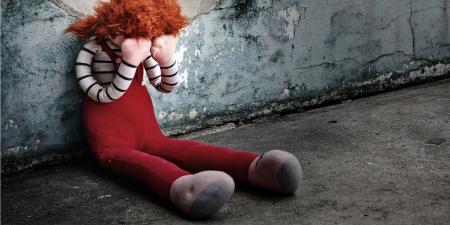