Prince v. Massachusetts established that adults willing to endanger their health in the name of religion are free to do so, but parents are not at liberty to make that choice for their children [1]. Child-neglect laws vary by state, but in general require parents to provide children with food, shelter, and necessary medical care [2, 3]. Still, certain religious groups subordinate biomedical care to treatment by faith alone [3]. Such “faith healing” is a resignation to divine will for healing that is effectuated through spiritual practices such as prayer, laying hands on, and anointment with oil [3, 4]. Currently, 30 states have exceptions to child-neglect laws that provide shelter from misdemeanor violations to parents who treat their children through prayer in accord with the beliefs of a recognized religion [2]. Sixteen of those states, however, have judicial bypass procedures that allow judges to compel medical treatment when the life of the child is at risk [2]. Yet up to the point of death or serious bodily harm, jurisdictions that provide for religious exceptions generally recognize parents’ rights to raise children in accord with their religious tenets [5, 6].

The first three cases that follow illustrate various approaches to clashes between religion and state law. The fourth is a contemporary case that is still working its way through the court system.

Religious Exception with No Judicial Bypass

California has a religious exception to misdemeanor child neglect with no judicial bypass provision. In People v. Rippberger, 8-month-old NM died after 2 weeks of illness and no biomedical intervention in keeping with her parents’ Christian Scientist beliefs [7]. NM suffered flu-like symptoms for the first week, at which point her parents called a Christian Scientist nurse. The next week, NM’s condition worsened: her eyes often rolled to the back of her head, her body became rigid, she suffered heavy convulsions and was often unresponsive. The nurse treated these symptoms with prayer and scripture readings, but NM died at the end of the second week. The autopsy revealed that NM had died of acute purulent meningitis, which medical doctors testified was treatable with antibiotics. The state charged NM’s parents with felony child endangerment under section 273 of the state penal code [7].

California Penal Code 270 requires parents to provide necessary medical care for their children [8]. It has a religious exception, absolving parental liability for treatment through prayer that follows the beliefs of a recognized religion [7]. The parents argued that the 270 exception extended to 273 because the purpose of the former was to provide statutory protection for Christian Scientists who treat children according to their beliefs. Not extending the exception to 273, they pointed out, would blunt the purpose of the 270 exception. The court rejected this argument and read the religious exception narrowly. It held that the exception only applied to misdemeanor liability and declined to extend it to felony liability. The court reasoned, “we cannot accept the proposition that the Legislature intended to carve out an exception that would permit a small section of our society, with impunity, to endanger the lives of infants who are helpless to act on their own behalf” [7].

Thus, although there is no statutory language allowing courts to order necessary medical treatment, courts have shown a willingness to interpret religious exceptions narrowly and compel treatment via other statutes.

Colorado has a religious exception with a judicial bypass provision. In People ex rel D.L.E., the state asked the court to declare DLE a neglected child under Colorado law [9]. At age 12, DLE suffered grand mal epileptic seizures linked to brain damage sustained during birth. Because of religious beliefs, neither DLE nor his mother sought medical treatment and instead relied solely on prayer. The first trial court ordered medical treatment, which improved his symptoms. DLE’s mother appealed and the appeals court reversed the trial court’s order, finding that DLE’s prayer treatment fell within the religious exception to the child-neglect statute because his condition was not life-threatening.

Just before the first appeals court ruled, DLE stopped taking his medications and went into status epilepticus, which led to a stroke, permanent flaccid paralysis of the left extremities, and a nerve injury that inhibited right-arm movement. His brain functioned only 60 percent of the time, and at rehearing medical experts said he suffered “severe physical impairment” [9]. The state refiled its petition in light of these new developments.

At the second trial, physicians opined that without medication DLE would suffer greater lack of motor coordination and further brain damage [9]. Still, the trial court rejected the state’s petition, reasoning that the religious exception was a complete bar to a felony charge of child neglect. The state won on appeal [9]. The statute read, “No child…who is under treatment by spiritual means…shall, for that reason alone, be considered [neglected],” and the court reasoned in its decision that the statement “for that reason alone” did not preclude other reasons for alleging child neglect irrespective of spiritual treatment [9].

Thus, when a child’s life is in imminent danger a court may rule that the child is neglected per Colorado law, bypassing the religious exception statute.

Washington does not have a religious exception to its child-neglect law. In State v. Norman, the Normans failed to seek medical care for their 10-year-old son, AN, because of the beliefs of their church, No-Name Fellowship [10]. AN lost weight and excessively drank water and urinated. Following religious protocol, Mr. Norman called the elders to pray over AN in church, at which point some members alerted Mrs. Norman to their suspicions of diabetes. When AN’s condition worsened, elders went to the Norman’s house for further treatment. They believed the illness was due to the sins of Mrs. Norman (failure to submit to her husband) and AN (masturbation). In order to “get right with God,” one elder spanked both of them one evening. Mr. Norman then decided to spank AN through the night and seek medical treatment in the morning if necessary. AN died that night from juvenile diabetes; he weighed 46 pounds. A jury convicted Mr. Norman of manslaughter [10].

Since Washington did not have a religious exception to statutes requiring parents to furnish children medical care, Mr. Norman’s appeal relied on broad principles of freedom of religion and expression found in the state and federal constitutions [5, 10, 11]. The defense argued that lack of a religious exception in such laws was unconstitutional [10]. The court rejected this argument, citing a long line of English and American common law precedent, reasoning that federal common law under Prince required parents to protect children from serious and fatal injury, even if that included seeking medical care contrary to firmly established religious beliefs. The court concluded that Mr. Norman was free to believe in any particular healing method but that he was not free to act on any particular method that jeopardized the health of his child [10].

Thus, in Washington and other states without religious exceptions, courts may compel parents to seek medical care irrespective of religious beliefs, however strongly they are held.

A tension exists in Wisconsin law regarding faith healing exceptions. For conviction under the state’s reckless homicide statute, a court must find that a person created an “unreasonable and substantial risk of death or great bodily harm” and that the person was aware of the risk that led to the death of the victim [12]. There is no religious exception for this statute [12]. There is, however, a religious exception in the Wisconsin child-neglect statute that absolves parents from child-neglect liability if they rely on “prayer or other religious means for treatment of disease or for remedial care of the child” [13]. Wisconsin courts are currently dealing with the tension between the provisions of its reckless-homicide and child-neglect statutes.

Eleven-year-old Madeline “Kara” Neumann died in March 2008 of diabetic ketoacidosis. Her parents, who were unaware that Kara suffered from juvenile diabetes, treated her symptoms with prayer in lieu of medical care, abiding by their religious beliefs [14]. The day before she died, Kara lost the ability to talk and suffered abdominal pains. The state charged the Neumanns with reckless homicide [15]. A Wisconsin jury convicted Mrs. Neumann in 2009 [15]. At trial, Judge Vincent Howard precluded any argument based on religious exceptions because the reckless-homicide statute did not have such an exception and added that the broader freedom of religious principles applies to beliefs, not actions [14].

On appeal, Mrs. Neumann has the option of either challenging her conviction on technical grounds or making a constitutional argument. If she chooses the latter, Mrs. Neumann could claim that compelling medical treatment abrogates the religious exception carved out in the child-neglect statute, which was designed specifically to protect state citizens’ constitutional right to religious freedom. The court will likely respond with Prince, which said parents are free to risk life and limb in the name of religion, but are not free to subject their children to those risks [1]. It is a well-established principle that constitutionally protected religious freedoms are not absolute, and the government is willing to narrowly limit such freedoms to the extent necessary to protect the welfare of its children [1, 6, 7, 9, 10]. 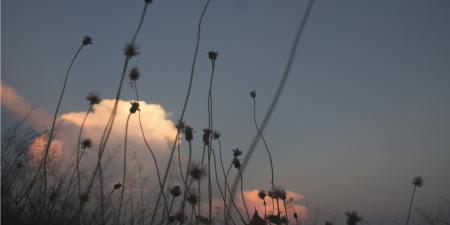 The Separation of Church and Medicine 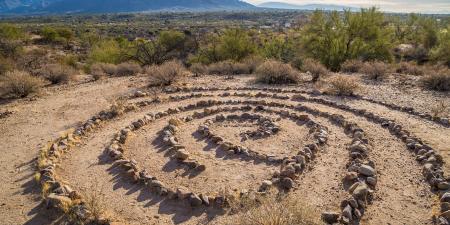