Mariana, 18, is 6 months pregnant with her first child. A routine screening ultrasound at 20 weeks demonstrated a constellation of severe fetal defects, including a structural brain anomaly, multiple heart defects, and an abdominal wall defect. Concerned about a possible genetic syndrome, Mariana's obstetrician, Dr. Wilson, scheduled an amniocentesis, which confirmed trisomy 13 (Patau syndrome). Dr. Wilson informed Mariana and her parents, with whom she lived, that the fetus had a severe genetic anomaly, and that the prognosis was poor. Eighty percent of affected infants die within the first month of life, only 5 percent survive the first 6 months. Those who survive past the first year have severe mental deficiency and seizures and fail to thrive.

The obstetrician offered the family 2 options: early induction of labor to terminate the pregnancy or term delivery of the child with palliative care after birth. She suggested the family think about these options for a few days, and return for a follow-up visit next week.

When they returned, Mariana's parents tearfully explained to Dr. Wilson that they were devout Catholics and that they weren't interested in terminating the pregnancy. After praying about the situation and consulting with their priest, they had decided that Mariana should carry the baby to term, and after delivery, they wanted to provide the best care possible to the infant. "At first, we weren't sure what to do, but after talking with our priest, we've decided that we want you to do everything you can to help our granddaughter live," they said. Dr. Wilson asked Mariana if she agreed with her parents, and she tearfully nodded yes.

At this point, Dr. Wilson explained to the family that, given the poor prognosis associated with Patau syndrome, she believed the best course of action was conservative management of the pregnancy, with no aggressive measures taken either in the peripartum period or in the neonatal intensive care unit. "For instance," she said, "given the child's multiple malformations, there is a high likelihood of fetal distress during delivery. But I can't in good conscience subject you to a caesarean-section delivery for a fetus that will probably not survive its first month." Dr. Wilson asked that they meet again in a few days, suggesting that a neonatologist also be a part of the discussion.

Three days later, the family came to the obstetrics clinic, now accompanied by their priest. Dr. Wilson asked Dr. Kim, the director of neonatal intensive care, To join the discussion. Dr. Kim emphasized the poor prognosis of the child's condition, but informed the family that he would be guided by their wishes.

The priest, Father Garcia, explained to both physicians that, as long as the baby was alive, he and the family believe that the best possible care should be provided, especially care that's considered routine for other children. "Trisomy or not, this is a child whose soul is made in the image of God," he says, "and to take the life of this innocent one—before, during, or after delivery—is unthinkable."

This is a case of an 18-year-old woman, 6 months pregnant with a child with ultrasound-detected congenital defects. Amniocentesis revealed a karyotype diagnostic for trisomy 13 (Patau syndrome). The patient is unmarried but is strongly supported by her Hispanic family that is devoutly Catholic. Her attending doctors are not known to be religious.

There are several dilemmas here. The first involves the delivery of the unborn baby who has a severe congenital anomaly. The second is the management of the child after birth. And the third, and the primary focus of this case, is the interaction between the religious convictions of the parents and the secular medical attitudes of the patient's physicians.

Patau syndrome, otherwise known as trisomy 13, is the fourth most common autosomal disorder. It is characterized by orofacial and limb defects as well as cardiac anomalies. Fifty percent of trisomy 13 patients die in the first week of life, and 90 percent die before their first birthday. The cause of death is probably central apnea.1 Patients who survive have severe mental deficiency, seizures, and failure to thrive. The mother and family should be informed, as compassionately as possible, of the medical realities involved.

There are 3 options. The first would be a direct abortion, where permitted, at 6 months. This is to be ruled out in the case of this Roman Catholic family, because it is the direct killing of an innocent human person. The second, as mentioned by the obstetrician, would be the early induction of labor to terminate the pregnancy. Presumably death would be the necessary, but unintended, side effect of the therapeutic procedure. The medical staff presumes that the therapeutic effect for the pregnant woman would be the psychological relief of the anxiety of raising a retarded child with the dismal prognosis of an early death. Clearly the induced labor is not to enhance the possibility of survival but rather to guarantee the death of the innocent human being. This, then, is not ethically permissible, either.

The third option would be to proceed with what has been an uneventful pregnancy. This would probably result in normal labor and delivery. The possibility of fetal distress would not justify a planned caesarean section. If fetal distress occurred, a C-section could then be considered, but given the circumstances, could be considered an extraordinary measure.

It should be noted that the deliberate termination of pregnancies for fetal anomalies does not necessarily eliminate the expectant parents' grief but may even increase it.2,3

While most infants with trisomy 13 die relatively soon, some can survive as long as 1 year and should be provided all normal care and affection. The associated congenital malformations are best managed conservatively. The baby should receive the care typically accorded any newborn, but extraordinary efforts are probably not warranted. If terminal apnea intervenes, the child should be allowed to die, possibly in the arms of his or her mother and family, with all of the emotional support that they can be provided. There is strong evidence that mothers bond with their babies and that they should be allowed to grieve appropriately following the death of their children.4

The central focus of this case appears to be the potential clash of the values of the patient's family and those of the medical staff. The doctors offer an option of "termination of pregnancy" and "conservative" peripartum management. The family wants "care that's considered routine for other children." This case is structured to highlight the dichotomy: if the doctors suggest abortion, the family may resist that option and ask for "routine care." This is reasonable and the staff should not deny this request. Principle IV of the AMA Code of Medical Ethics requires that physicians respect the rights of patients and certainly the choice of care for their child should, if at all possible, be honored.5

If experience has taught us anything, it is that the autonomy of the patient and his or her mother must be respected. The staff's opinions should be expressed but are secondary. We as clinicians live in a pragmatic medical world but our patients, while they interact with us for a day, a week, or a month, spend the majority of their lives with their families and in their cultures, and we are obligated to respect that. We should not risk the esteem we receive from our patients, to say nothing about ill will and malpractice possibilities, if we subtly force our cultural beliefs on them.

It should be noted that the majority of physicians do have religious belief systems and are probably open to the reasonable religious concerns of their patients.6

In summary, we have a woman pregnant with a child that has Patau syndrome. The medical staff is suggesting induced labor which would result in an direct abortion. The family, consistent with their religious beliefs, resist this. The medically ethical solution is to follow the wishes of the family. Infants with congenital anomalies oftentimes present difficult medical dilemmas. We should support families with these problems, and an abortion is not the way to do this. Physicians should explain the difficult medical realities to patients but then accede to reasonable requests. 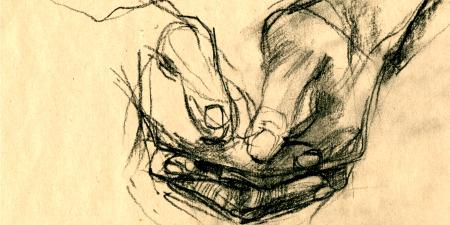