Mr. Washington is a 38-year-old electrician. He arrives at the office of Dr. Martin, his psychiatrist, after a recent hospitalization for his first episode of mania. He describes a history of several depressive episodes in the past (though he never sought treatment). He says he has never abused drugs and has had no psychotic episodes.

Seven years ago, Mr. Washington reports, he experienced a dramatic conversion. Before this conversion, he was a heavy gambler and often abused his wife and 2 children. "Ever since I got saved, I haven't gambled, and I've been trying to be good to my family," Mr. Washington says. His wife, significantly less religious than he, agrees that the change was dramatic, but his heavy involvement with a local Pentecostal church since that time has been a source of tension in their marriage.

The manic episode occurred 3 weeks before, when Mr. Washington gradually noticed himself feeling energetic, very optimistic, "like I could take on the world." He began several projects at home, working long into the night, "but I still felt great in the morning and had no problem going to work." He also describes praying long into the night, and, on more than 1 occasion, he believes he heard God telling him to follow certain courses of action. For example, he sensed God directing him to give a large sum of money to a single mother in his church, and, when his wife discovered the money missing from their bank account, she was alarmed and insisted he see a doctor—"You've gone way too far this time," she said.

He was hospitalized for several days and started on a regimen of a mood stabilizer and antipsychotic medication. During his third day in the hospital, one of the nurses heard him repeating unintelligible syllables for several hours. After discussion with his wife, Mr. Washington was discharged with orders to follow up at a clinic.

At Dr. Martin's office, Mr. Washington appears significantly subdued. He makes good eye contact, and is candid and cooperative, not displaying any pressured speech or tangentiality. In attempting to assess Mr. Washington's insight, Dr. Martin asks, "So tell me, Mr. Washington, what do you understand about why you were hospitalized?"

"You know, doctor, this is something I've been thinking and praying a lot about, and, to tell you the truth, I realize this might sound kind of weird, but I think God allowed me to get sick so that I could share the gospel with you. In talking with you, it doesn't sound like you know the Lord. I may be sick, but I've gotta tell you! Jesus has made all the difference in my life. He's made me happy and given me peace inside, and I haven't wanted to gamble or hurt my wife or kids ever since I gave my life to Him. Tell me, Mr. Washington, have you ever accepted Jesus as your Savior?"

Mr. Washington does appear to have had a manic episode, but his symptoms do not sound all that severe when one considers his religious background. Mr. Washington had experienced elevated mood, increased energy, and decreased need for sleep. He made some rather poor decisionsparticularly with regard to giving a large sum of money without first conferring with his wife. Nevertheless, many of his symptoms or implied pathology may have been a direct result of his religious beliefs.

Giving to the poor and needy is certainly consistent with his religious teachings and is not that bizarre. Had there been no conflict with his wife about this, and depending on his financial situation, such a decision could have been quite reasonable, especially if his wife had been as religious as he. Similarly, hearing God's voice telling him to do things could easily be consistent with his Pentecostal beliefs, as could the glossolalia or "speaking in tongues," which accounts for the unintelligible nonsense syllables overheard by the nurse. Moreover, hearing God's voice is something that is actively encouraged in fundamentalist Christian circles. This is also true concerning his explanation for needing hospitalization, expressed during the follow-up visit with his doctor, and his attempt to evangelize his psychiatrist. Many Pentecostals would explain such an episode this way, reasoning that this was part of God's plan and that God allowed this so that some good might result—an explanation that indeed may help the patient psychologically integrate and cope with the illness.

In fact, this person may not have come to the attention of health care professionals at all had it not been for the conflict between his and his wife's religious beliefs. There is no doubt that the patient has mania, but there are certainly manic people on the streets who never come to the attention of mental health professionals, particularly if their cycles and symptoms are not severe and if they haven't bothered family members or come into conflict with the law. In this case, neither the patient nor his church community would probably have brought him in for treatment. Without treatment, he may have cycled back to normal or into a mild depression (especially since there is no history of severe mania or depression).

I believe that the patient needed treatment. It sounds, though, like he was cooperative about it and in fact improved after only a few days. This is unlike many of the manic patients whom I have encountered in practice, whom we all know can be extremely resistant and combative, with bizarre delusions and hallucinations, and who may take several weeks to come under full control. Thus, my sense is that this was a mild case of mania that was largely expressed in terms of the patient's religious tradition.

The challenge here will be to make sure Mr. Washington is taking his medication. The medication no doubt will have unpleasant side effects, interfere with his functioning, perhaps prevent euphoric religious experiences, and may be expensive for him. Since the patient does not acknowledge that he has a mental illness, he may not comply with treatment. Some rational therapists might even argue against the need for treatment, or at least against the need for as aggressive a treatment plan as might be pursued for someone with an agitated psychotic mania or severe episodes of suicidal depression (neither of which this patient has). Both doctor and patient must come to some agreement on what is and what is not pathological, and until there is common ground here, treatment will not go well.

What is considered "acceptable irrationality"? That may depend on what part of the world one is in, and in what period of history. In non-Western cultures, both now and especially in the past, societies have been much more accepting of irrational behavior than we are in the United States today. Many of these cultures normalized aberrant behavior, and the mentally ill in some societies were highly respected and valued (eg, considered to be shamans or spiritual guides) for their ability to "see" into the spiritual world that others could not. This may have enabled such persons to function better because these views preserved their self-esteem and often increased their social support. This approach to the mentally ill likely conferred benefits that such persons in our society do not have. Instead, we label such persons as crazy, often isolate them in institutions, and then treat them with powerful drugs that have disabling side effects that interfere with their functioning and quality of life.

How does a physician address a patient who reports that he or she has insight or communicates with the supernatural? It is essential that the physician determine if the symptom is truly psychotic or part of the religious or cultural beliefs of the patient's subculture. Carefully observing the patient, evaluating him or her over time and gathering information from family members is essential. In addition, however, information may need to be obtained from the patient's pastor or other members of his church, after requesting permission from the patient. If someone is psychotic or mentally ill, usually persons familiar with that patient's culture can readily tell. Friends and associates may have noticed a change in the person's behavior, subtle excesses or insensitivities not consistent with usual behavior, and knowing the person over time would enable them to make judgments that a psychiatrist could simply not make unless he or she were familiar with the culture or social group and had seen the patient more than once or twice.

Where does religious belief begin and mental illness end? That may be difficult to determine, as Mr. Washington's case illustrates. Until the mental health professional has become thoroughly familiar with the religious beliefs and culture of the patient, such determinations are often not possible without collateral information. Even that collateral information, especially if coming from family members with their own agendas and conflicts with the patient, needs to be further confirmed by gathering information from persons in the patient's religious or social community. And, as noted above, where religious belief ends and mental illness begins is likely determined by how each is defined within a given culture.

"Equus" and the Relationship between Religion and Medicine 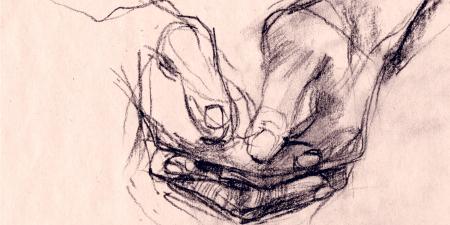