Certain aspects of the obesity epidemic in United States are not in question. We know, for instance, that rates of obesity (defined as BMI equal to or greater than 30) for all sociodemographic groups have risen to a startling degree in the past 50 years, and that 33.8 percent of U.S. adults are classified as obese, as are 16.9 percent of children [1, 2]. The health and psychosocial effects of obesity also are well-documented and include various forms of cancer, diabetes mellitus, cardiovascular disease, osteoarthritis, sleep apnea, asthma, non-alcoholic fatty liver disease, social stigma, and many others [3-6]. Generally accepted methods for decreasing body mass include consuming fewer calories and increasing physical activity.

The solutions to this epidemic of obesity are less clear. Although many individual-level interventions to reduce weight often show impressive short-term results, diet and activity changes are generally not maintained.

The magnitude of the rise in obesity in the U.S., the failure of interventions to sustain reductions in body mass, and the implications for public health—as well as costs to the U.S. economy in terms of health care, absenteeism, and increased disability rates [7-9]—are profound. These statistics and their implications have led to calls for increased intervention by policymakers at all levels of government to improve Americans’ diet and activity level and reduce weight [10-12].

Is it desirable that policymakers play a role in what people eat or how active they are? Many think not. Dietary behavior—and to some extent, physical activity—are intensely personal and are influenced by numerous factors, including genetics, biology, and environment [13]. At issue is the perpetual tension of pluralistic democracies: identifying an appropriate balance between individual liberty and the well-being of the community as a whole. This tension is a common concern for the field of public health, with its focus on the population, rather than on the individual [14]. (Parsing the balance between individual and community rights is not restricted to public health and may be seen in many other policy fields such as, notably and currently, national security.) Certainly, policy action to improve population health has ample precedent. Examples include seat belt laws, vaccinations, speed limits, water fluoridation, vitamin fortification of food, alcohol avoidance while driving, and tobacco taxes and regulations.

So, should government intervene in the case of obesity? In his 1859 treatise On Liberty, John Stuart Mill argued that the only justification for infringing upon personal liberties was prevention of harm to others. This perspective has become dominant in political thinking in the United States [15]. Even freedom of speech—one of the most cherished civil liberties in the U.S.—may be curtailed in certain cases. One may not shout “fire” in a crowded theater, for instance, without justification. Economics offers more detailed criteria for the circumstances under which policy intervention is warranted, in some ways expanding and codifying Mill’s notion of harm to others.

The views of Mill and economists are by no means the only perspectives on which to base the need for policy (intervening to address inequality of opportunity and social injustice are other compelling reasons), but, given their impact on political thought and policy justification [16], they make a useful starting point from which to examine the rationale for public policies regarding obesity.

According to conventional economic theory of perfect markets, the collective decisions of individual, rational actors seeking to maximize utility (i.e., their happiness) create “the invisible hand” of the market, which distributes goods in the most efficient manner [17]. In this case, to be rational means to be capable of assessing one’s own best interests, whether or not others agree with those assessments. However, under certain circumstances, the market “fails,” with resulting inefficiencies. Policy solutions are considered warranted in the event of “market failure.” Market failure can occur when there is information asymmetry (in which one party in a transaction has more information than the other), when there is a monopoly (in which one company or group of companies is so large it can dictate terms to the market), when there are externalities (positive or, more often, negative effects that transactions may have on others), and when there is an attempt to create or maintain public goods, which, though their existence benefits all, few may be motivated to fund voluntarily (e.g., national parks) [16-19].

Given these parameters, does widespread obesity in the U.S. provide a sufficiently strong basis for intervention in the market? Evidence suggests that it does, on three grounds: (1) imperfect rationality (which, though it is not universally accepted as an instance of market failure, undermines fundamental assumptions about the functioning of the market); (2) asymmetric information, and (3) financial externalities.

1. Imperfect rationality. It is well accepted in economic literature that children are not rational actors. In other words, they are not capable of judging their own welfare accurately [20]. Indeed, the brain’s prefrontal cortex—responsible for executive-function activities such as planning and emotional and impulse control—continues to develop throughout adolescence [21, 22]. Recognizing this, there are many instances where society restricts activities for children to a far greater degree than in adults, such as with smoking and alcohol consumption. Imperfect rationality in children has been proposed as an example of market failure in the context of obesity [20, 23-25].

Research from the emerging field of behavioral economics suggests that adults often depart from rational behavior in “highly systematic and predictable ways” [26]. Perhaps most relevant to diet and activity behavior is research from behavioral economics on three manifestations of imperfect rationality: the impact of default options, behavior that is inconsistent over time, and behavior that may be subconscious.

Work in behavioral finance demonstrates that default options greatly influence behavior. For example, automatic enrollment—or not—in 401(k) plans dramatically alters plan participation, which would not be the case if financial investment behavior were fully rational [27, 28]. Similarly, a default food environment that is high in calories and low in nutrients may well affect dietary behavior, and a default physical environment that is not conducive to physical activity may well reduce activity behavior. Research shows a strong connection between food and activity environments and corresponding behavior [29-34], although more longitudinal studies are needed to infer causality.

Another common departure from rational behavior is inconsistency over time. As Thaler and Sunstein have noted, “in the context of inter-temporal choice, people exhibit dynamic inconsistency, valuing present consumption much more than future consumption. In other words, people have self-control problems” [35]. Inconsistency is common in diet and activity behavior; people may value good health, but often make poor short-term diet, activity, or other choices that are out of line with their long-term health goals [36].

Finally, the concept of rational choice assumes fully conscious decision making. However, research suggests that at least some eating behavior may be subconscious [36]. Some innovative recent research by nutritionists—such as studies investigating the relationship between container size and consumption and the effects of self-refilling bowls on diners’ intake of soup [37-40]—suggests that dietary choices are often influenced by social and environmental cues and that many of these choices are subconscious.

2. Asymmetric information. In the context of obesity, there is evidence of information failure, particularly underprovision of information. Cawley has said that government information about diet and physical activity is “underprovided and disseminated” compared with that provided by food and beverage manufacturers [24]. Accessing and using appropriate dietary information may be difficult and time consuming. People may be unaware, for example, of the caloric content of the food they consume; nutrition labels on packaged foods provide calorie and other macronutrient information, but this information may be difficult for some consumers to understand and use [41]. Moreover, nutritional information is less readily available for food prepared outside the home [42], consumption of which has increased greatly in the past several decades [43]. Reduced access to relevant information inhibits accurate assessment of one’s welfare.

3. Financial externalities. Research shows that widespread obesity increases costs related to health care, as well as absenteeism, disability, and reduced productivity at work [7, 44, 45]. Indeed, medical costs related to obesity were recently estimated at as much as $147 billion per year [9]. Further, estimates of lifetime health care costs, assessing the medical-related costs over a lifetime, show that any earlier mortality due to high BMI does not offset health care costs. In fact, lifetime health care costs may average as much as $29,000 more for those with BMIs over 35 than for those of normal weight [8]. Importantly, those who are obese often do not bear the full cost associated with increased weight, unless their insurance plan is cost-adjusted for weight status [46]. Instead, increased health care costs are borne by others, such as employers, those in the insurance risk pool, and taxpayers, depending on the specific plan and health insurance status.

The rationale for policy intervention to reduce obesity rates therefore appears compelling. But what exactly should be done? Adequate discussion of appropriate policy interventions is not possible here, but the following comments may provide starting points for effective decision making. Justification for intervening in the case of children is particularly strong, and precedent suggests that society will more readily accept appropriate restrictions to youth behavior. Adults are less likely to accept the kinds of direct restrictions often considered for children. Instead, policies that harness insights from behavioral science may be especially helpful in nudging behavior towards improvements in activity and diet. Examples of effective policies might include those that:

Other effective policies might address inequality of opportunity regarding optimal diet and activity behavior. For example, availability of and access to nutritious foods are restricted in many communities in the U.S. [47]. Rigorous evaluation of policy interventions will be required to assess their effectiveness in altering behavior.

Current rates of obesity in the U.S. and their health and economic implications are sobering. Policymakers at all levels of government are in a position to enact community and other environmental changes needed to support improvements in diet and activity behavior, thereby improving health outcomes for all Americans. 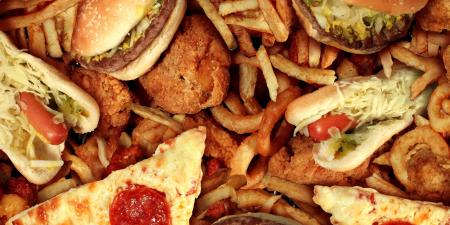 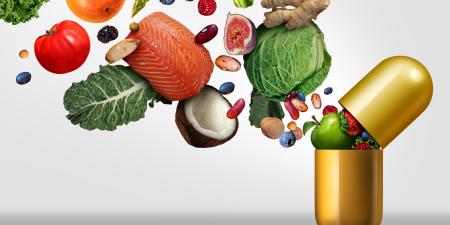