At 64, Dr. Shaefer has been an internist for more than 30 years. He entered practice at the end of what has since been termed the "golden age" of medicine, before DRGs and managed care, when physicians made treatment decisions and carried them through unchallenged by third parties. After completing his residency, he joined a small group practice in the same city. The group practice has since grown to more than 20 physicians. Along the way, Dr. Shaefer was able To join the faculty at a local medical school as a clinical instructor. The position forced him to stay current with developments in general internal medicine and exposed him to new generations of students with diverse backgrounds and ideas. He was a conscientious teacher, committed to evidence-based medicine, and a caring practitioner, treating the person, not the disease.

Dr. Shaefer's children are well beyond college (one is now a physician, too) and have children of their own. Dr. Shaefer wants to spend more time with his family and has thought about retiring but wants to continue caring for patients in a less demanding environment. In reflecting on his career, he finds that practicing medicine is not as rewarding as it once was: it seems to be more about rushing patients in and out the door, securing pre-certifications, begging insurers to reconsider their reimbursement denials, explaining why the pill someone saw advertised on television is not really a magic bullet, and filling out paperwork—endless paperwork.

Dr. Shaefer is the first in his office to decide he is going to change how he practices. He is going to form a retainer practice, and reduce his patient panel from 3000 to 600. Over the next 6 months, he will write to all of his patients to explain that he is transforming his practice in order to provide enhanced patient care, and to invite those who are willing to pay an annual fee of $2000 to remain as his patients. Patients who join the "retainer practice," as it is called, will still be reimbursed by their insurance plans for those medical services that the plan covers. But insurance will not reimburse the "extra" services Dr. Shaefer would like to perform, accompanying patients to appointments with specialists, for example, providing more preventive care, and forming closer relationships with patients than he has been able to do of late. He wishes he could provide all his patients this same level of care, but he cannot. He will assist those who do not join the retainer practice in finding new physicians. Dr. Shafer has talked to his colleagues to ensure that they can take on those who do not join his new practice.

As he sees it, there are personal and professional reasons for undertaking this controversial change. He's getting older, he's done his share of pro bono work, and has contributed to educating the next generation of physicians. Some patients won't like the change, but they would have had to find another doctor had he retired. Through their choice to stay in his practice, those who pay will have validated his decision.

At age 64, after a lifetime of practicing and teaching medicine, increasingly disillusioned by the character of modern practice, and seeking a return to the "Golden Age", Dr. Shaefer decides to form a retainer practice.

Luxury Care and the Erosion of Science

Little data support the clinical- or cost-effectiveness of many of the high-tech tests offered to asymptomatic VIP clients, such as electron-beam computed tomograms for coronary artery disease and pelvic ultrasounds to screen for ovarian cancer [7-8]. False-positive results may lead to further unnecessary investigations, costs, and anxiety for the patients, albeit increased profits for the providers and institutions. Technicians and equipment time are diverted to produce immediate results; consequently, tests on other patients with more appropriate and urgent needs may be delayed [7]. The use of clinically unjustifiable tests erodes the scientific underpinnings of evidence-based medical practice [9] and sends a mixed message to trainees about when and why to utilize diagnostic studies. It also runs counter to physicians' ethical obligations "to contribute to the responsible stewardship of health care resources" [10].

Luxury patient care (LPC) clinics contribute to the erosion of social justice. Given the substantial public investment (through state and federal taxes) in the training of physicians [11], some legitimate objections may be raised against a doctor limiting his practice to the wealthy or refusing to care for Medicaid or Medicare patients [1,2,8]. On the other hand, medical students incur significant debt by the end of their education. As physicians, they might justify limiting their practices to the wealthy by claiming a right to freely choose where they practice and for whom they care. Similarly, academic medical centers might justify sponsoring luxury primary care clinics on utilitarian grounds, if income from these clinics subsidized indigent care or teaching programs. Nevertheless, there are other ways in which hospitals can attempt to improve their financial circumstances in a manner that displays both beneficence and social justice [12]. It is troubling that academic medical centers have been unwilling to divulge details regarding either the roles of trainees in their LPC clinics or whether income from these operations is used to subsidize indigent care [1]. Except for advising doctors of the legalities of establishing LPC practices, professional medical societies have been similarly silent.

The rapid growth of LPC clinics is ironic, occurring at a time when medical organizations are calling for an increased emphasis on evidence-based testing, professionalism, and ethical practice. It also runs counter to the provision of equitable care for all individuals, despite their insurance status, financial resources, or race [13]. Today, injustice in health care in the United States and worldwide increases dissatisfaction and cynicism among patients, practicing physicians, and trainees [13-19]. Differences between developed and developing nations, in terms of financial, economic, environmental, and health-related resources, have further widened and are especially dramatic [15].

Meanwhile, patient and physician dissatisfaction with our current fragmented health care (non-)system is growing [14]. The United States ranks near the bottom among westernized nations in life expectancy and infant mortality, and 20-25 percent of our children live in poverty [16,17]. Investigators have described erosions in professionalism, about which physicians and the public have expressed concern, such as some doctors offering varied levels of testing and treatment for a given illness, depending on a patient's ability to pay [19, 20], and physicians "gaming the system" by manipulating reimbursement rules so their patients can receive care that the doctors perceive is necessary [21]. Many medical students and residents display increasingly cynical attitudes as their training progresses; some educators have expressed concerns over the adequacy of students' humanistic and moral development [22].

By age 64, with his children well beyond college, one would imagine that Dr. Shaefer has accumulated significant retirement savings. He could shift to part-time salaried or even volunteer work or limit his patient panel across the board. He could utilize his wealth of experience to teach, trying to increase flagging medical student interest in primary care [23] and activism [24-27]; to work with groups advocating for universal (even single payer) health care (eg, Physicians for a National Health Program); to lobby for a more just prescription drug benefit, one that does not enrich the already-overflowing coffers of the pharmaceutical industry; or to work with groups addressing the socioeconomic, cultural, occupational, environmental and psychological contributors to the health of individuals and populations [6,11,15,25,27].

Dr. Shaefer's desire to care for patients in a less demanding environment, avoid insurance hassles, and maintain his income is understandable. However, he may find that he is not able to spend more time with his family, since his overall clinic and on-call responsibilities would likely remain constant. His colleagues, despite their stated willingness to assume care of his other patients, will face an increased workload, as these new patients are less likely to have good (or any) insurance.

Dr. Shaefer should renounce the measure of the marketplace as the dominant standard or value in medicine. Unfortunately, his concierge practice represents a capitulation to the injustices inherent in our current two-tiered health care system. It sends a message to other providers and to students that the only way to reclaim the heart and soul of medicine, to give patients the time they deserve, to establish meaningful doctor-patient relationships, and to maintain a reasonable income is to care for those with the most resources. 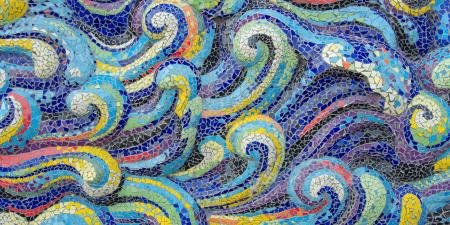 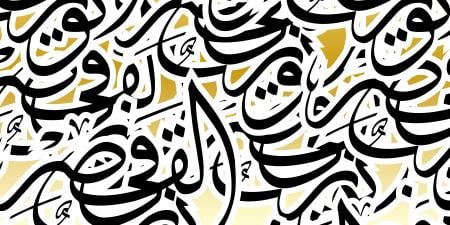