In the movie "John Q"—alluding to John Q Public, the average guy—Denzel Washington—plays a working-class African American man in Chicago whose manufacturing job has been cut back to 20 hours a week. John Q has fallen on hard times, but he's dedicated to his family and the American dream—and still manages to carry limited medical insurance. His only son falls ill with a rare heart condition and needs an immediate transplant, which his insurance will not cover. John Q desperately tries to secure the $75 000 necessary to save his son's life. He sells everything he has and goes out begging, but comes up short. Disheveled and humiliated, John Q pleads with the white cardiac surgeon and the steel-hearted hospital administrator who ultimately send his son home to die. This is an over-the-top Hollywood affair, so John Q fights the system by taking over the hospital at gunpoint to demand a place for his son on the transplant list. In the ER under siege, the crowd does some doctor bashing ("You took the Hypocritic Oath") and complains about the business of medicine. Meanwhile, local TV broadcasts a video of John Q reassuring his dying son on the phone, and John Q Public becomes a folk hero. Cheering crowds confront police in the street, signaling the common man's triumph over the system's injustice.

The movie mirrors some disturbing trends. An egalitarian hero, struggling against injustice, faces organized medicine—the enemy in the story. Simply put, for many, life is really very sad underneath the statistics on health disparities, and medicine is failing to meet its social responsibilities.

Health Security and the Working Poor

Health security is related to job security in the United States. Given this, racial and ethnic health disparities are partly economic. For example, current research has found that African American men, alongside other economically disadvantaged groups, continue to be left behind in the US economic recovery. Since most private health insurance schemes are employer-based, uneven working patterns are often associated with bad health outcomes. A new study by the Community Service Society in New York City estimated that only half (51.8 percent) of the African American men in that city were employed in 2003, compared to Latino men, 65.7 percent of whom were employed, and white men, 75.7 percent of whom were employed [1]. The study's author, Mark Levitan, told the New York Times that this was the lowest rate of employment among African American men he had observed since 1979 [1-2]. Levitan noted, "We're left with a very big question.… Is this fundamentally a cyclical problem or is it more deeply structural? I fear that it is more deeply structural" [2]. Racial gaps in male employment have been demonstrated in the Midwest, too, and in many inner cities. In Chicago, general Black-White health disparities are actually increasing [3].

The role of medicine in the lives of poor people may fit the classic "upstream-downstream" model increasingly invoked in social epidemiology today [4-6]. This theoretical model focuses on social and structural causes of disease. Downstream, primary care and preventive medicine provide patients with a modicum of access and regular care, while upstream, critical cases reach medicine only when they are in need of tertiary, emergency care that is often too little, too late, and more costly. How does the profession impact clinical quality and health care that will end disparities when there are such obstacles to getting any medical care to the public in the first place? How do we reach people downstream? The cost of uninsurance has been estimated at anywhere between $65 billion and $130 billion dollars annually [7]. In lost lives, the estimate is about 18 000 [7].There are an estimated 41 million Americans without insurance [7-8].

American Medicine and the Social Contract

The United States is reevaluating medicine in terms of its contract with society. The US Institute for Medicine (IOM) has declared that all Americans should be insured by 2010, and that this process should not be incremental [7]. In the sixth and final installment of the series entitled "Insuring America's Health: Principles and Recommendations," the IOM authors state that "Uninsurance can be eliminated, but it will require the support of the public; considerable technical expertise by policy makers, a spirit of compromise among stakeholders, and courage from our elected officials. We firmly believe that universal coverage of the US population is both feasible and imperative" [7].

Today, access to health care is recognized as a necessary good—an essential building block of the American social contract; a requirement for a sound and healthy society. This social contract is not a formal arrangement as much as a kind of democratic process based on negotiating and meeting mutual needs.

The social contract in American medicine was demarcated from English medical ethics, whose underpinnings were related to virtue or character ethics, by the American Medical Association (AMA) 1847 Code of Ethics. Ethicist Robert Baker's analysis of how the AMA Code of Medical Ethicsmoved from a monolithic virtue-ethics–driven entity to one of a democratically driven process is important, since it equates medical ethics with other US codes and laws that have had to adapt to turbulent societal changes [9]. The sense of the ethical is constructed as reciprocal agreements between physician, patient, profession and the public.

American medical ethics evolved in the model of a social contract. Like other US institutions, however, medical ethics developed in the midst of disadvantages and social contradictions. In this regard the social contract is a process within a living democracy that changes and bends in response to the complexly mediated situations in which we find ourselves. So, for example, Principle IX—stating that physicians "shall" support access to care for all people—was added to the AMA Principles of Medical Ethics in 2001. The history and future of the medical ethics movement is inexorably linked to the democratic process and its flexibility and malleability to address injustices.

Although the United States is routinely criticized for being the last developed nation to lack a social safety net, the country has made reasonable efforts to provide one in the past. Entitlements to health care were annexed via the Veterans Administration, Medicare, and Medicaid. The health care education and delivery system has developed into one of the best in the world. Nevertheless, the crisis of access presents a new set of difficult contradictions, and it mandates a reevaluation of the social contract in American medicine. For, although medicine is a healing art, the exchange of medicine's goods and services is mediated today through the mechanisms of the marketplace, including advertising and profit incentives. This commodification of medicine has put the profession into the "paradox of avoiding the sick" with risk pooling and cost effectiveness models [8].

The reevaluation of the American social contract in medicine essentially demands a restructuring of the commons in which health care becomes a necessary public provision. It is a matter of making the commitment to access a part of the public discourse and participatory action. As Michael Walzer writes of the social contract,

It is an agreement to redistribute the resources of the members in accordance with some shared understanding of their needs, subject to ongoing political determination in detail. The contract is a moral bond. It connects the strong and the weak, the lucky and the unlucky, the rich and the poor, creating a union that transcends all differences of interest, drawing its strength from history, culture, religion, language, and so on. Arguments about communal provision are, at the deepest level, interpretations of that union [10].
The professional standards of both medicine and public health include guaranteeing a modicum of reasonable access to health care services. It is important to remember that the basic provisions of public health in the United States, such as guaranteeing safe essential elements for life like food, water, and air, have not been won without conflict or compromise with a free market ideology. For example, providing uncontaminated milk to urban areas, often taken for granted today, came at the price of government regulation of business [11]. Safe food represents a political achievement, but one that was fought for by scientists and public health workers against the dairy industry, farmers, and other free market advocates who were acting rationally in their own interests [11]. Still, the greater general provision included restricting their profits.

Given that the moral and pragmatic arguments about whether or not the United States should cover the millions of underinsured and uninsured have run their course—it is simply time to act. Health care must be placed at the top of the political agenda. To accomplish this, the social contract must be construed as a process driven by the goal of providing this essential provision. The situation in the United States holds the promise for making a historically significant breakthrough in how people can care for one another in a modern society—and the world is watching. 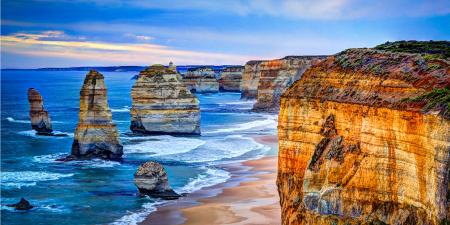